We use cookies to provide you with a better experience. By continuing to browse the site you are agreeing to our use of cookies in accordance with our Cookie Policy.
Home » Hostess a ‘wonderful cash machine’

KANSAS CITY — In the wake of a strong fourth quarter and ahead of a major leadership transition, C. Dean Metropoulos was ebullient about the achievements and the prospects for Hostess Brands L.L.C.

“This is a wonderful cash machine, and Hostess is in fact, a very wonderful company. As we look into 2018, our momentum as well as our innovation pipeline, we feel very strongly we will have an excellent year next year, very strong and well above the category." — C. Dean Metropoulos, executive chairman of Hostess

“This is a wonderful cash machine, and Hostess is in fact, a very wonderful company,” Mr. Metropoulos said during the call. “As we look into 2018, our momentum as well as our innovation pipeline, we feel very strongly we will have an excellent year next year, very strong and well above the category. So as we look at the past four-plus years at the transition of this company from Chapter 7, it’s been consistently hitting superior targets of growth as well as EBITDA and cash flow. And we feel very good about it.”

“We remain very focused on finalizing and selecting the final c.e.o. candidate who we will lead the company in the next phase of its growth,” he said. “But as all of you know, as executive vice-chairman of the company, the largest shareholder and the founder of the post Chapter 7 Hostess, I remain and have been very, very involved with the management of the company both in the operation, the strategic growth of the business.”

Asked for a timetable for the transition by an analyst, Mr. Metropoulos resisted offering a date but suggested the change would happen within a few weeks.

“There’s no reason to put a gun to our head,” he said. “If it’s 20 days, 30 days, 35 days, we’re so hands on, including myself that it’s going to be seamless to everyone anyway. We feel pretty confident that role would be filled in the very near future.”

“As part of this business comes two great brands, Big Texas and Cloverhill,” he said. “These are well developed, and they target certain segments, consumer and channel segments, that augment the whole strategy of Hostess very, very well.

“In addition, the acquisition allows us to forego certain contemplated investments that we were anticipating making to bring our breakfast products in house as we continue to put a lot of emphasis on growing those products. In addition, the facility in the business that we’ve acquired has a lot of flexibility and versatility for the breakfast program, and we feel that will serve the business very, very well for the years to come. So, as we bring in the in-house production that was being co-packed outside (and) we transform this company in the coming months, we feel this business will be very, very accretive going forward.”

Mr. Toler was asked about whether the company would “Hostess-ize” its new Chicago facility. In response, he noted that Hostess has about a 15% market share in breakfast daypart sweet goods and about a 20% share in snack cakes. The Chicago plant specializes in breakfast pastries, and he said the acquisition represents an opportunity to narrow that gap, producing the products internally rather than through lower margin co-packing arrangements.

“This opportunity in Chicago is the way that Dean has operated for 30 years, is really ideal for what we do,” he said. “We go in and find opportunity. We buy value, and we create huge upside from being able to run the plants more efficiently, staff them differently, plan them differently, get rid of the s.k.u.s (stock-keeping units) that don’t make money, manage the assets in an aggressive way. All those things are going on, and we’re tracking week by week, already improving in productivity per person in terms of waste reductions, in terms of getting the packaging out of there, getting all the planning done right. So this is really a vintage sort of Hostess and Metropoulos kind of deal to be able to go in and create value in these kind of facilities. So yes, we’ll use your word as well. We’ll Hostess-ize everything we do, and this one is prime for who we are.”

Mr. Metropoulos projected the Cloverhill plant will be integrated within six months and would not deter the company at all from making further acquisitions.

Mr. Toler acknowledged that a company forecast of $60 million to $70 million in 2018 Cloverhill sales was conservative, noting that the plant generated considerably more revenue than that in past years. 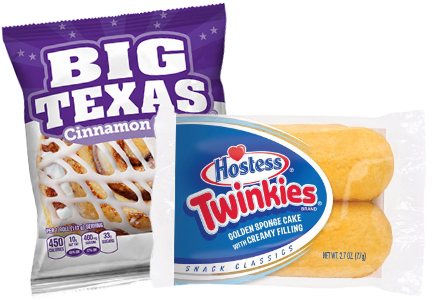 “The one thing we’ve got to sort out, and remember, it’s only 28 days ago, is the complexity of the way the operation was run,” he said. “That probably hurt their overall effectiveness. We certainly don’t want to be too complicated, too many s.k.u.s, too many customers, and not have a focus on the right kind of products. They make great products in that facility. They’ve got several big customers. We want to put the Hostess Brands back in there. We want to innovate across their products and the Hostess products and for that to become a big part of what that facility does. So it probably leads to bigger than $60 million or $70 million. How long it takes to get there? It’s going to take a little while to do it because you got to go in and get it fixed first. But as Dean has said and Tom has said, and we all said — that activity is underway now and showing some early encouraging signs.”

That Hostess was not more active in making acquisitions in 2018 was intentional, Mr. Metropoulos said. While Hostess is still on the hunt for targets that will complement its existing mix of businesses, he said the current M.&A. environment remains too frothy.

“Rest assured, we have looked at every snack acquisition that has been announced this year,” he said. “We just could not get quite comfortable with the valuations that these acquisitions went for. However, we will remain disciplined and very focused on acquisitions. But as my friend Warren Buffet said in his recent letter, acquisition prices are at all-time highs, and for him as well as for us, acquisitions need to have a sensible purchase valuation. So again, we will remain disciplined, and we feel very confident that as larger companies continue to focus on core businesses, activists are pushing them to focus on core businesses, there would be significant acquisition activities for the years to come. We plan to be there looking at them, synergizing, looking for synergies, looking to apply our culture for performance and transformation in place, and we feel very confident about that next dimension of Hostess' future growth.”