We use cookies to provide you with a better experience. By continuing to browse the site you are agreeing to our use of cookies in accordance with our Cookie Policy.
Skip To Content
Home » Gross margin remains an issue for Pinnacle Foods

PARSIPPANY, N.J. — At the end of fiscal 2016, Pinnacle Foods, Inc. management set a goal of bringing its gross margin in line with peer companies in its categories. With the release of the company’s fiscal 2017 results, it’s clear management has work still to do to achieve its goal.

The rise in net income was due in part to the recently passed tax legislation, which the company said meaningfully affected items of comparability, and the benefit of a 53rd week in fiscal 2017.

“Twenty-seventeen was a year of mixed performance for us,” said Mark A. Clouse, chief executive officer. “We continued to deliver excellent in-market results that position us among the leaders in our industry at a time most players in our sector are struggling to find growth.” 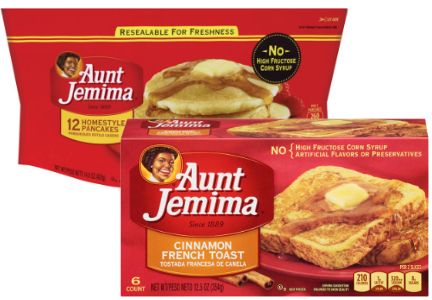 But a recall associated with frozen food products marketed under the Aunt Jemima brand and the subsequent exit from that business pressured the company’s gross margin, which fell 40 basis points, Mr. Clouse said.

“Excluding this impact, our gross margin grew 40 basis points for the year, although below our expectations due to escalating logistics and packaging cost and some headwinds from product mix, which turned unfavorable for us in 2017,” he said.

The company also readjusted its long-term gross margin objective. Management now expects to achieve its target of 300 to 400 basis points of improvement vs. 2016 by 2020, one year later than originally announced.

“This modification in outlook reflects escalating input cost inflation, particularly with regard to elevated logistics and packaging expenses over the next 12 months, and unfavorable product mix largely associated with the accelerated growth of Birds Eye innovation and the need to outsource production while new capacity comes fully on stream and volume is repatriated,” the company said.

Looking ahead to 2018, Mr. Clouse expressed optimism because of supply chain investments the company has made, pricing actions taken during fiscal 2017 and additional actions that have been announced for the second quarter of fiscal 2018 that will carry through during the fiscal year, and innovation the company has on tap.

“… The good news is the productivity objectives that we set, especially behind the investments in network that we made in ‘17, are coming to fruition,” Mr. Clouse said. “So, we’re seeing productivity in the range of 4% to 4.5%. Countering that though is a much stronger inflation rate, where we have it at 3.8% to 4.2%.

“So, if you take the algorithm of those two pieces together, it does provide some modest contribution to gross margin, but not as much as we would’ve seen historically or how we would’ve initially seen or estimated that contribution.

“I do expect that we will be able to get pricing in place based on what we put in place in 2017 as well as what we announced in '18. Although that’s likely not going to help us materially in the first quarter, I think as the year rolls on, you’re going to see a benefit from pricing and some of that improvement in mix as a way to help complement what is a lower kind of net productivity impact.” 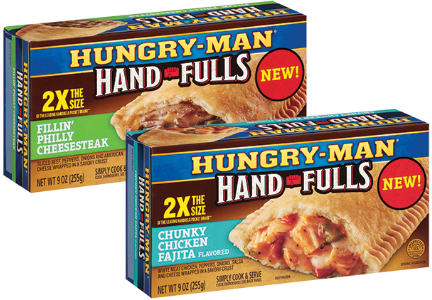 New products to be introduced by Pinnacle’s Frozen business unit during fiscal 2018 include Birds Eye products that will be introduced in April and expand the product line into new eating occasions. In addition, the Mrs. Paul’s and Van de Kamp brands will be extended into the multi-serve meal category. Pinnacle Foods also will be expanding distribution of the Hungry-Man Hand-Full line, that was launched into limited distribution during 2017.

“Overall, we expect continued robust Frozen top line performance with net sales tracking more in line with consumption,” Mr. Clouse said. “We expect Q1 to benefit somewhat from Easter timing, while margins are expected to be soft in the quarter due to some continuing pressure from input cost inflation, mix and the timing of Easter promotional spending. For the year, we expect both the top and bottom lines for Frozen to post solid growth.”

Duncan Hines remains the star of Pinnacle’s Grocery unit. The Perfect Size for 1 product launch in 2017 was very successful, according to management, and will be expanded in fiscal 2018 with varieties focused on breakfast and chocolate indulgence.

The company also will be refreshing the Wish-Bone brand with new packaging and reformulations that enhance the consumer’s perception products are clean label.

“We believe that these actions will enhance our on-shelf presence and simplify shop-ability for consumers,” Mr. Clouse said. 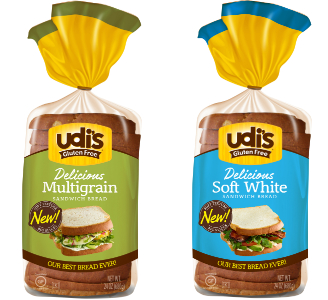 From Pinnacle’s Boulder business, management will continue the introduction of reformulated Udi’s white and multigrain sandwich bread throughout the year. The Gardein brand will be extended into skillet meals, and the company will be launching Evol bowls.

“ …We delivered our e.p.s. commitment for the year by making some tough calls and controlling the ‘controlables’ to help offset pressure from discrete items and industry challenges,” Mr. Clouse said. “As we move into 2018, we have confidence in our outlook. We have momentum in the marketplace and in the execution of our network plans, and we expect to continue to successfully navigate the challenges facing our industry. All in, we are projecting a 2018 that will deliver another year of double-digit adjusted e.p.s. growth.”