We use cookies to provide you with a better experience. By continuing to browse the site you are agreeing to our use of cookies in accordance with our Cookie Policy.
Home » F.T.C. challenges Smucker’s acquisition of Wesson oil from Conagra

Conagra’s Wesson business includes such varieties as vegetable, canola, corn and blended oils. Smucker owns the Crisco brand, a key competitor to Wesson in the market for edible oils.

“Cooks across the U.S. benefit from the competition between the staple brands Wesson and Crisco,” said Ian Conner, deputy director of the Bureau of Competition, for the F.T.C. “We are taking this action to preserve the benefits of that competition. After attempted price increases by each brand over the last two years were limited by intense competition from the other, this transaction eliminates that restraint and would allow Smucker to raise prices on both brands.”

The agency filed an administrative complaint stating that Smucker’s acquisition will substantially lessen competition or create a monopoly in violation of the Clayton Antitrust Act of 1914. The complaint states that Smucker would control at least 70% of the market for branded canola and vegetable oils sold at retail if the transaction was completed. 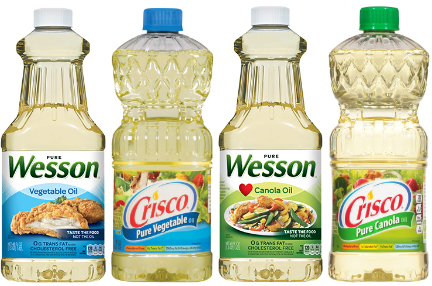 As a result, the acquisition is likely to increase Smucker’s negotiating leverage against retailers by eliminating the head-to-head competition that currently exists between the Wesson and Crisco brands, according to the F.T.C. The agency added that internal documents from Smucker acknowledge eliminating price competition between Crisco and Wesson is a central part of its rationale for the acquisition.

The F.T.C.’s staff has been authorized to seek a temporary restraining order and a preliminary injunction in federal court to prevent completion of the transaction.

“While we respect the F.T.C.'s decision, we are disappointed with this conclusion and strongly believe that the acquisition would benefit all of our constituents,” said Mark Smucker, chief executive officer, J.M. Smucker Co. “We certainly understood this outcome could be possible, and we remain focused on delivering value to our consumers and customers with our Crisco brand and oils business. We are reviewing the complaint and working with Conagra to assess our next steps in this process.”

In a statement, Conagra Brands said, “After working diligently for the last eight months to respond to the F.TC.’s inquiries about the transaction, we are very disappointed by and disagree with the commission’s decision. We are working with The J.M. Smucker Company to review all of our options.”

An administrative trial to address the situation has been scheduled for Aug. 7, 2018.