We use cookies to provide you with a better experience. By continuing to browse the site you are agreeing to our use of cookies in accordance with our Cookie Policy.
Home » Smucker may look to part with baking businesses

Smucker may look to part with baking businesses

ORRVILLE, OHIO — J.M. Smucker Co. is considering a potential sale of its baking brands, which include Pillsbury, Robin Hood flour and cereal, and Martha White baking mixes, according to a March 7 report from Bloomberg.

Citing people familiar with the situation, Bloomberg said the Orrville-based company is working with an adviser to weigh its options for the unit. Reports suggest the unit could attract a purchase price of around $700 million.

Responding to the reports, Maribeth Burns, a spokesperson with Smucker, said the company does not comment on rumor or speculation.

“We are always evaluating opportunities that support our strategic priorities, grow our business and drive shareholder value,” Ms. Burns said.

Smucker acquired the baking brands as part of its 2004 acquisition of International Multifoods Corp.

During a Feb. 16 conference call with analysts, Steven T. Oakland, former vice-chairman and president of U.S. Food and Beverage at Smucker, said the competitive landscape in the baking mix business has picked up. 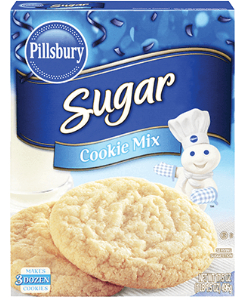 “(Regarding) Pillsbury, we made some conscious decisions when we see that the competitive environment is such that ... an investment in a brand might actually create a situation where profit is just too challenged,” he said. “I think that’s been sort of the case for Pillsbury this past year. We consciously chose not to go deep, if you will.