We use cookies to provide you with a better experience. By continuing to browse the site you are agreeing to our use of cookies in accordance with our Cookie Policy.
Home » How General Mills is helping this 21-year-old sell protein bars

ANAHEIM, CALIF. — "Underpromising and overdelivering" is how the creator of No Cow plant-based protein bars describes his company's partnership with General Mills. Formerly known as D's Naturals, Denver-based No Cow was a one-man operation when the Cheerios maker became involved as an investor last March, said founder Daniel Katz.

"I had no employees at the time," Mr. Katz recalled. "I was literally doing everything from QuickBooks accounting to demand planning to sales to marketing to everything."

Mr. Katz, who launched No Cow in 2015 when he was 18 years old, grew the business to $10 million in sales with distribution in more than 10,000 retail outlets. Meanwhile, he was sleeping on an air mattress in his office and living on discount canned vegetables.

"You have to be willing to lose everything to make your dreams come true." — Daniel Katz, No Cow

"That's the type of mindset you have to have," he told Food Business News. "You have to be willing to lose everything to make your dreams come true."

That's when 301 INC, the business development and venturing unit of Minneapolis-based General Mills, along with private equity firm 2x Consumer Products Growth Partners, inked an investment deal with No Cow. In the year since, No Cow has rebranded, expanded and launched new and reformulated products. Mr. Katz sees 2018 as "our massive growth year."

John Haugen, vice-president and general manager of 301 INC, said he sees "significant growth" for No Cow. 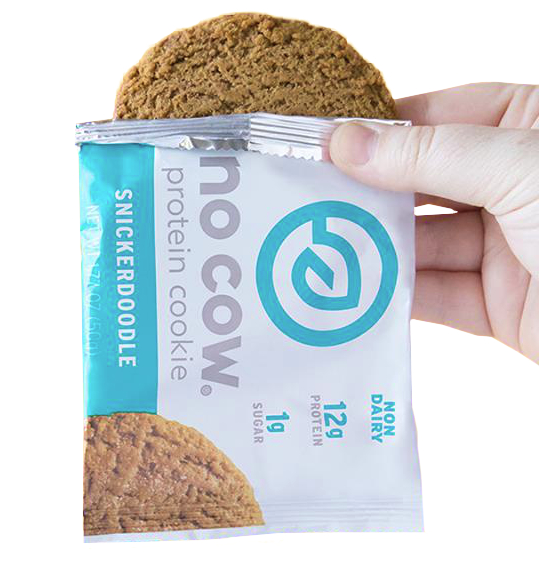 "What Daniel, or 'D,' in two years has built with this business is absolutely incredible," Mr. Haugen said in an interview with Food Business News last March. "What we like about this product is it really hits on some of those current trends and delivers a very differentiated product."

Mr. Katz, who has a dairy sensitivity, developed his line of protein bars after failing to find a low-sugar, plant-based option on the market. No Cow products are free of soy, gluten, dairy and bioengineered ingredients and contain 1 gram of sugar or less per serving.

At Natural Products Expo West, held March 8-11 in Anaheim, the company showcased a new recipe and packaging redesign for the bars and a new line of plant-based protein cookies, which were created in the span of six months with help from General Mills, Mr. Katz said.

"We were able to receive a ton of help and resources from them to make that come to life," Mr. Katz said. "As a small start-up company one of the things I like to push is that we’re not large. We’re not a billion dollar company that requires two years before we can see a product on the shelf. We’re small, we’re agile, we can move quickly." 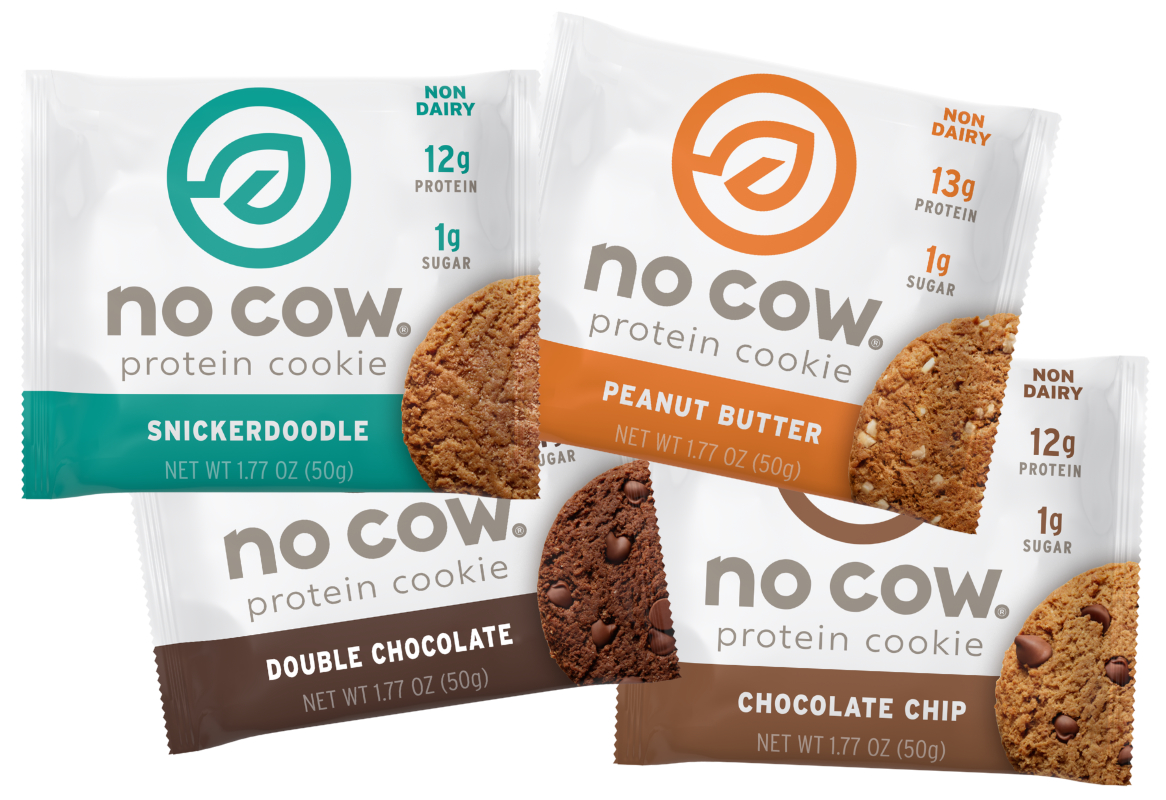 With 12 grams of protein and 1 gram of sugar, the cookies feature a blend of brown rice and pea protein and are sweetened with erythritol, stevia extract and monk fruit. Flavors include chocolate chip, double chocolate, snickerdoodle and peanut butter.

"I’d say the first 50 rounds of cookies we made fell apart; you couldn’t even hold it," Mr. Katz said. "It was so sandy, and it tasted terrible. It had a bad aftertaste. It almost appeared as if nothing could be done to fix it and it was just impossible.

"So we partnered up with General Mills, and I gave them the sales pitch. ‘Guys, we cannot give up on this. We can do it.’ We worked with them, we worked with our flavor suppliers, we worked with our sweetener suppliers... It was really an all-hands-on-deck type of experiment. We finally created something that we found was ready for market."

"A lot of the flavor and formulation tweaks and modifications we did were really to reduce that grittiness so when you bite into the bar you don’t get that sandy aftertaste," Mr. Katz said. "It affected macronutrients a very small amount. We didn’t want to sacrifice quality over taste. We felt we had a great balance between the two, and ultimately we are extremely excited with the new formulation and think we hit the sweet spot of what we consider to be the best-tasting plant-based bar ever created."

Today, No Cow products are sold in more than 13,000 retail outlets nationwide, including Vitamin Shoppe, GNC and CVS. Mr. Katz said the company plans to expand its distribution footprint this year.

"As we think about line extensions and new innovation, our goal is to prove the No Cow platform is bigger and can expand beyond just bars," Mr. Katz said. "We’re exploring options to prove ourselves in other categories where we can ultimately be a big player in the dairy-free, low-sugar, high protein market and be the trusted brand for anybody looking for those three things."

Since partnering with General Mills, No Cow has expanded the team to a dozen people, including a chief executive officer, Chris Hickey, formerly head of The Isopure Company.

"A lot of support they’ve offered to me personally and to the company has been on the operational front," Mr. Katz said of 301 INC and General Mills. "When they came on board, they really went out of their way to find the points that I knew I wasn’t as strong at, for example, demand planning and wasting product… They really stepped in and helped with the supply chain and operations. I can’t say enough great things…they are really involved with all aspects of our company and monitoring it. They’re the quiet guys in the corner who raise their hand if they think they can help, and if they can they will. They’re just awesome."