We use cookies to provide you with a better experience. By continuing to browse the site you are agreeing to our use of cookies in accordance with our Cookie Policy.
Home » From combat rations to consumer packaged goods

“A lot of what we do is focused on military feeding but makes its way into the commercial sector,” Mr. Moody said during a presentation at the Future Food-Tech conference, held March 22-23 in San Francisco. “In those instances where we have a new technology or a new food ingredient, something that makes food better, taste better, last longer, be safer, it has to be something that’s going to be embraced by the commercial sector...”

The Department of Defense Combat Feeding Directorate is a joint-service program that researches, develops, tests and integrates systems for feeding warfighters. While food safety is a top priority on the battlefield, recent work focuses on human performance, Mr. Moody said.

“Looking at the way that nutrition affects physical and cognitive performance is something we really want to leverage,” Mr. Moody said. “Eventually what we would like to do is move into a space where we can tailor nutrition to an individual.”

"In those instances where we have a new technology or a new food ingredient, something that makes food better, taste better, last longer, be safer, it has to be something that’s going to be embraced by the commercial sector...” — Stephen Moody, U.S. Army Natick Solider Research, Development and Engineering Center

“Those are the types of things we are looking at far into the future knowing that it’s not right around the corner, but if we don’t start laying the groundwork for that type of science right now, we’re not going to get there,” he said.

Flexible packaging plays an important role in today’s military rations, particularly when a warfighter must carry several days of food during a deployment, Mr. Moody said.

“From an operational relevance standpoint we’ve got soldiers, marines right now, all over the world doing a variety of different missions from high-altitude missions of 10,000 to 14,000 feet to desert environments where they’re doing heavy excursion exercise in very high temperatures to arctic conditions where they’re in extreme cold environments,” Mr. Moody said. “We need to be able to give the right foods for each of those environments to try to maximize nutrition to make sure they have food that’s usable for them in those conditions as well as food that they want to eat as well.” 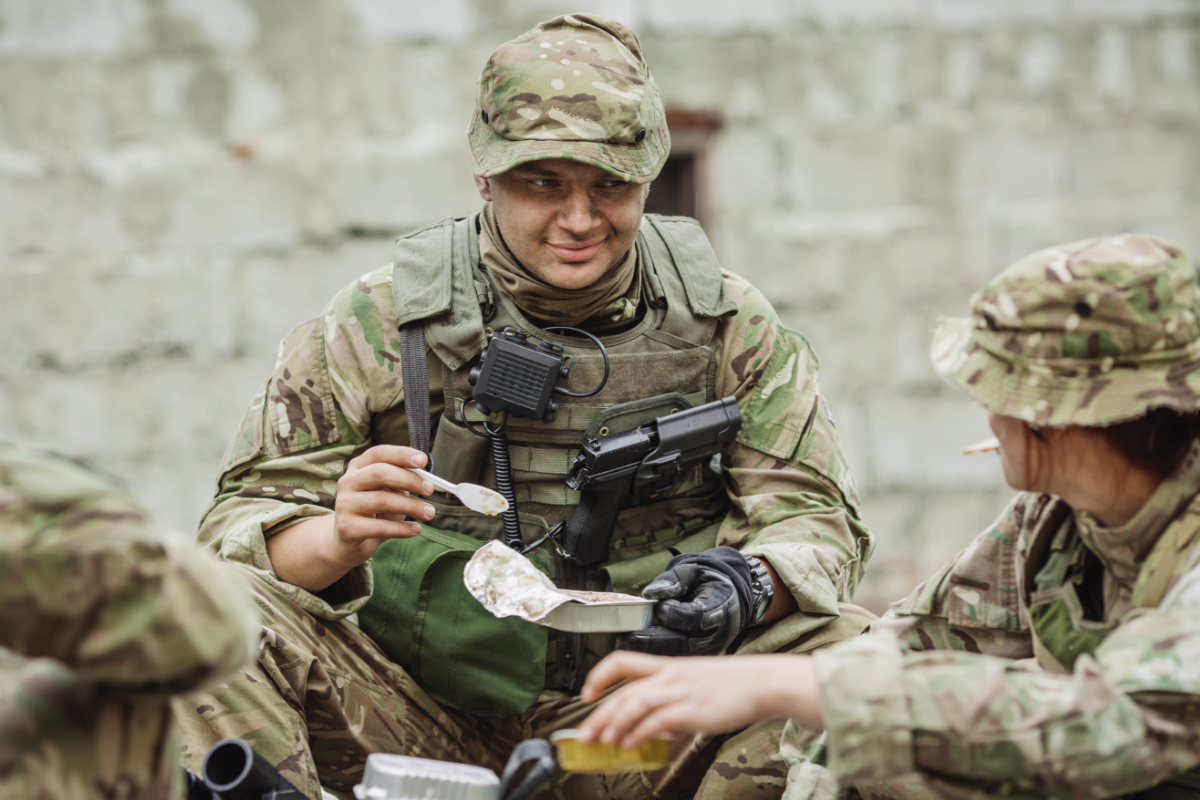 “We have looked at prebiotics and probiotics; we continue to look at the state of the science regarding that,” he said. “We have the shelf-life issue that we run up against oftentimes, so our work with probiotics is pretty much at a standstill right now because our products are required to last for three years in 80 degrees Fahrenheit and six months at 100 degrees Fahrenheit, and we’ve yet to find a viable probiotic (to survive) after that type of stress. We’ll see where that goes in the future, but, again, we’re at something of a hiatus.”

An area of opportunity for naval operations is hydroponic gardening, Mr. Moody said.

“That’s one application where folks are going out to sea in submarines in particular and they might not be resupplied for many, many weeks and can only carry enough fresh produce for the first couple of weeks,” he said. “We’re hoping to be able to use that type of technology to allow them to have a self-replenishing supply of leafy greens on a limited basis.”