We use cookies to provide you with a better experience. By continuing to browse the site you are agreeing to our use of cookies in accordance with our Cookie Policy.
Home » Investing in starch sources

KANSAS CITY — Ingredient suppliers are diversifying their starch sources while starch innovations are centered on elements within baked foods, including sauces in frozen food meals and fruit filling in desserts. Ingredion, Inc., Cargill and Archer Daniels Midland Co. all invested in their starch capabilities recently.

“Rice is an on-trend ingredient,” said Pat O’Brien, senior manager, marketing of Wholesome Springboard for Ingredion and based in Bridgewater, N.J. “It is non-G.M.O., hypoallergenic and gluten-free. Plus, its superior functionality makes it ideal for a variety of uses, including baby foods, dairy products, snacks and gluten-free bakery.”

Rice starch or flour may work in tandem with starches and flours of many bases, including potato, corn and tapioca, he said. 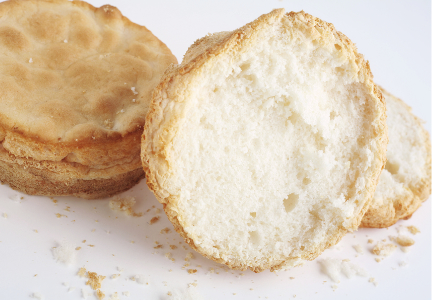 Starches often are part of the solution when food companies want to keep texture and quality in products after taking gluten out. Gluten offers unique functional properties that must be replaced, said Pat O’Brien, senior manager, marketing of Wholesome Springboard for Ingredion, Inc., Westchester, Ill. “When removed, it causes unique formulation challenges, from poor dough elasticity and reduced product shelf life to dry, crumbly, grainy textures and reduced protein, nutrients and fiber,” said Mr. O’Brien, who is based in Bridgewater, N.J. “The good news is that you can create gluten-free rolls, muffins and other products with a perfectly open and coarse crumb grain, with the nutritional benefits that are often lacking using a range of solutions, which are selected depending on the functionally needed, including native starches and gluten-free flours, functional starches, modified starches, pulse proteins and hydrocolloids.” Native flours and starches have been shown to act as the bulk or backbone of the formulation as texture modifiers to provide body, elasticity and chewiness and crumb structure, he said. “Cook-up native functional or modified starches can act as texture modifiers to provide freeze/thaw stability, body, elasticity and chewiness, and crumb structure,” Mr. O’Brien said. “Pre-gelatinized native functional or modified starches help to provide dough viscosity control, act as a texture modifier, prevent staling and provide freeze/thaw stability.” Bakers have used finely granulated flours coupled with modified food starches and gums to avoid grittiness and maintain a desirable texture in gluten-free bakery products, said Bill Gilbert, certified master baker and principal food technologist for Minneapolis-based Cargill. “However, the inclusion of these starches and gums may dissuade consumers who are looking for more familiar ingredients,” he said. “In response, Cargill has developed a robust selection of plant-derived starches and texturizers that can satisfy consumers, while maintaining product quality. Gluten-free native starches such as maize, tapioca and potato, along with our custom texturizing systems, help bakers solve common formulation challenges and produce a consumer-friendly label. Additionally, Cargill’s ActiStar resistant starch may be used to replace a portion of the flour in gluten-free applications, providing functionality as well as adding a fiber source.” Besides gluten-free items, starches also may prove effective when developing items free of such allergens as eggs, wheat and soy. “As a carbohydrate, starches do not contain any of the major allergens and thus provide many labeling and functional benefits in allergen-free products,” said Rachel Wicklund, Ph.D., technical manager, global ingredient technology, Tate & Lyle, P.L.C., London. “The wide array of functionality provided by starches, like thickening, gelling and emulsification, make it particularly suited to replace many allergen ingredients like egg, wheat and soy.” Cargill offers starch blends that may be used to mimic the function of eggs in baked foods, Mr. Gilbert said. “Cargill’s canola lecithin offers the same functionality as soy lecithin but doesn’t have to be declared as a major food allergen in the U.S.,” Mr. Gilbert said.

“The base material can contribute to functionality, texture, process tolerance, stability, opacity generation and flavor profile,” Mr. O’Brien said. “A great example would be in gluten-free baked goods where we have found that using a combination of rice with tapioca, as well as other bases, can create an excellent bulk flour system for gluten-free baked goods.”

Ingredion has sought acquisitions, including starch suppliers, in building on its expertise in texture systems. The company in 2015 completed the acquisition of Penford Corp., a supplier of specialty ingredients, including potato starches. Ingredion’s portfolio now includes more than 25 Novation functional native starches aimed at providing the texture and process tolerance performance of a modified starch with a clean label alternative, according to the company.

James P. Zallie, president and chief executive officer of Ingredion, spoke about the company’s portfolio of starches from corn, tapioca, potatoes and rice in a Feb. 1 earnings call. Food being reformulated for health and wellness may mean companies need to build back taste and texture, he said.

“Under that clean label wholesome umbrella, our starch texturization program, along with the TIC Gums acquisition (in 2017) as it relates to more complete formulations, is a big drive,” he said. “Then, in addition, from a product focus standpoint, our potato starches, which we acquired with the Penford acquisition a couple years ago (2015), continues to do well because it provides different functionalities (in) certain applications like snacks and meats and cheese.”

He added Ingredion expects healthy growth from the rice portfolio of Sun Flour Industry, not just in Asia but also in Europe, the Middle East, Africa and North America.

Potato starches are a focus for Minneapolis-based Cargill. The company and its Danish potato starch partner, AAK Langholt AmbA, are investing $22.5 million in a new potato starch production unit at their Langholt facility in Denmark. The plant should start operations later this year.

“After the initial launch of the SimPure brand in October 2017, we are growing our line of functional native starches to include potato-based solutions,” said Kailee Petersen, Cargill’s product line manager for starch. “These new options, which will be available later this year, will offer a variety of solutions providing food and beverage manufacturers access to the recognizable, simple ingredients consumers demand while achieving necessary process tolerance, retail shelf life and storage stability.”

Chicago-based ADM in March announced it had agreed to acquire a 50% equity stake in the sweeteners and starches business of Aston Foods and Food Ingredients in Russia.

“ADM has substantially added to our global sweeteners and starches capabilities with acquisitions serving the European Union, Middle East and North Africa markets, and now we are expanding to serve the growing Russian food and beverage industry,” said Pierre Duprat, president of ADM Europe, Middle East and Africa.

Under terms of the agreement, ADM will become 50% owner of Aston’s corn wet mills in Ibred and Novlyanka. 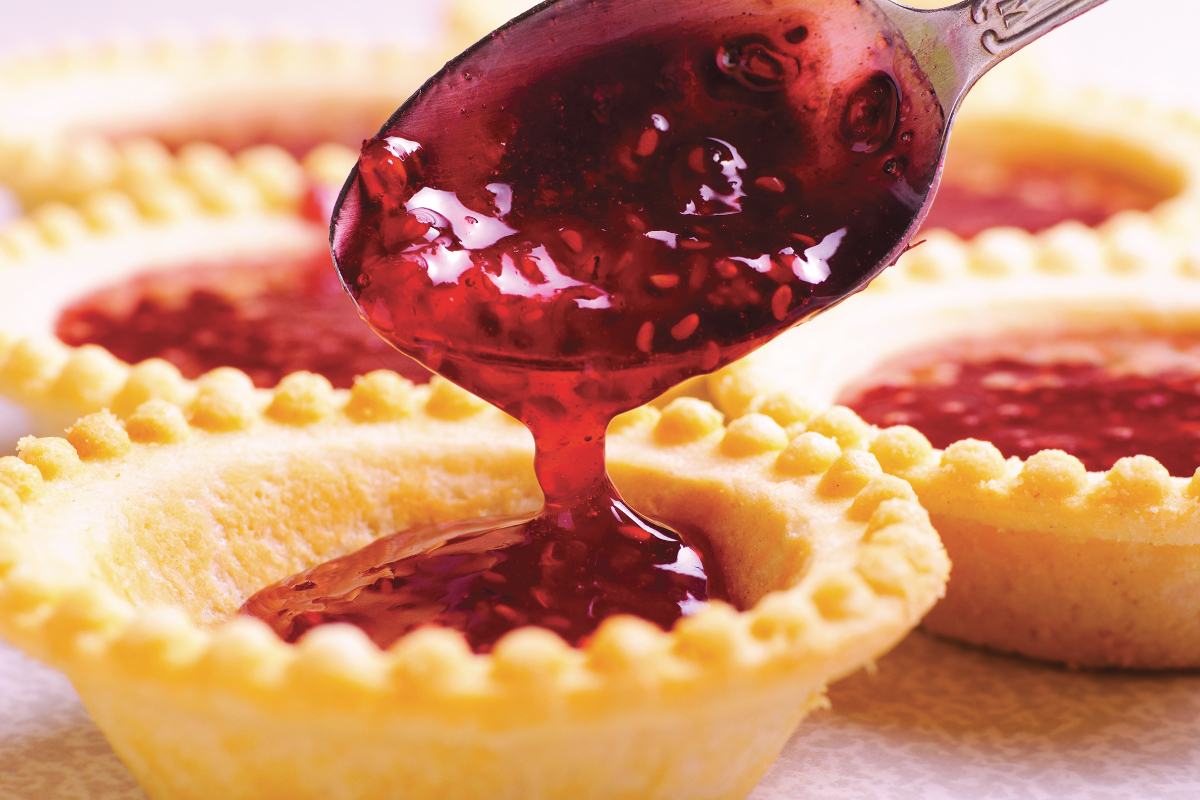 She added the starches may prevent the “boil-out” of fruit fillings in baked foods. 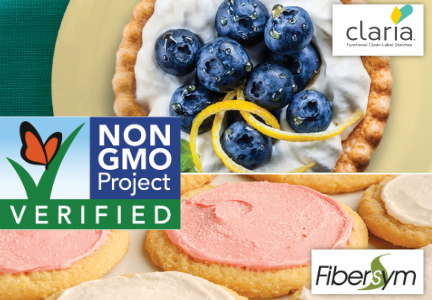 “Filling ingredients such as sugar, corn syrup and oil or shortening all thin out dramatically when
heated, and those fillings that have not been thickened sufficiently will tend to run and boil over during baking,” Dr. Wicklund said. “In particular, boil-out can be problematic with low sugar fillings that boil faster than those with a higher sugar content do. Claria instant starch thickens bakery fillings at room temperature, prior to the actual baking of the pastry, which slows down heat transfer during baking so that the filling does not reach boiling temperature and boil over, potentially also leading to moisture loss and shrinkage of the filling in the pastry.

“Claria instant starch may also experience less thinning with heat than traditional modified instant starches, which will further improve the quality of the baked filling and prevent boil over.”

She said Claria Bliss tapioca starch may work well in many fillings and glazes that require added clarity and additional set to aid in depositing.

The high water-binding capacity of potato starch, measured through its high viscosity, is useful in snacks, meat and baked foods. Its gelling properties may benefit noodles. Tapioca starch does not require high heat to thicken quickly and produces sheen, which may be an attractive attribute in fruit pie fillings. Tapioca starch also may be used in a variety of baked foods and extruded snacks.