We use cookies to provide you with a better experience. By continuing to browse the site you are agreeing to our use of cookies in accordance with our Cookie Policy.
Home » Beyond roast beef, Arby's reveals adventurous side

ATLANTA — Arby’s certainly does “have the meats,” as its slogan professes, but it also offers much more. Just ask Neville Craw, vice-president and brand executive chef of Atlanta-based Arby’s Restaurant Group Inc. During the past 14 years as the head of culinary innovation, he spearheaded dozens of new menu concepts and unique fast-food experiences that have positioned the chain to meet today’s consumer expectations for both novelty and quality.

“Our product development strategy is finding the highest-quality meats for our sandwiches and making them at a good price point to be able to be served at the drive-thru,” Mr. Craw said. “It’s also to highlight our products familiar to people but with a twist — with our own unique, Arby’s spin on it.”

Though proteins take center stage, Arby’s also reinvented its sides, desserts and beverages, such as its Jamocha shake, featuring a blend of coffee and cocoa.

Founded in 1964, Arby’s is the second-largest sandwich restaurant brand in the world with restaurants in seven countries and annual sales of more than $3.7 billion.

“Although our top-selling sandwich remains the roast beef, the brisket sandwich is inching up on it, and last fall the deep-fried turkey sandwich performed phenomenally well, as did our authentic Greek gyro sandwich,” Mr. Craw said.

Perhaps the lifeblood of what he and his team do is developing limited-time offers (L.T.O.s) that — if they sell really well — may be added to the daily menu. 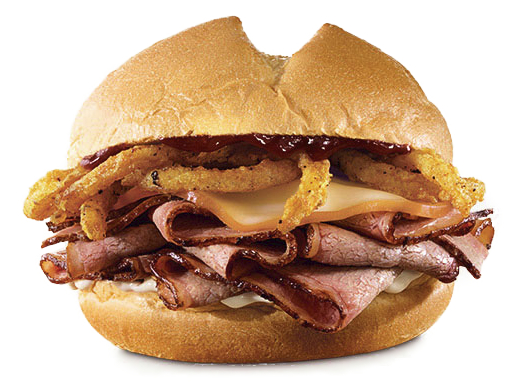 “Our gyros became permanent but were an L.T.O. first, and so was our brisket,” he said.

They test more than 1,000 menu items each year, creating a constant flow of attention-grabbing L.T.O.s that each remain on the menu for about 45 days.

“To be here and be part of this team you have to enjoy the craziness of this L.T.O. world because it entails a lot of tough decisions,” Mr. Craw said. “My main challenge is to continuously find things that speak to our customers and can be without major headaches for our team members, and that can be put through our 3,300 restaurants to look like we developed them in our test kitchen."

Although Arby’s audience consists of “a little bit of everybody,” including millennials, paleo dieters and of course, protein-lovers, its core consumers tend to span between the ages of 25 to 55.

“We don’t necessarily focus on millennials, but often we do introduce items to market to a younger crowd,” Mr. Craw said, “and many of our customers are also blue collar, hard-working carnivores, with families.” 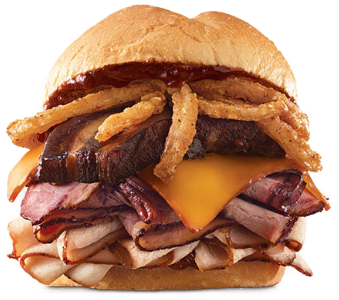 “As long as there are consumers willing to try things with a twist, we’ll have a ton of ways to keep things interesting from our cooking techniques to how the food is prepared,” he said.

Mr. Craw’s team likes to work with smoked meats; Arby’s web site even has a video showing its brisket smoking for 13 hours. Some of its proteins, such as venison and pork belly, are created using the sous vide method.

“On a large scale, you sear the protein and then it goes through the sous vide process for many hours so this keeps it from breaking down, keeps it super moist and it drives in a lot of concentrated flavor,” he said. “You are also able to exactly pinpoint the product temperature range you want for this protein in each restaurant with this method.”

Mr. Craw joined the Research Chefs Association (R.C.A.) about 20 years ago and said the organization is particularly useful for people just starting out in the industry.

“Newcomers to the field have a forum with the R.C.A. that they can tap into not only for new learning but also for finding employment and other like-minded people to bounce ideas off of,” he said. “The R.C.A. is an incredible organization that helps pave the road for young culinarians and food scientists.” 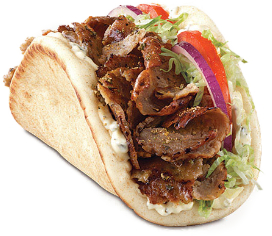 Mr. Craw’s own road to becoming a chef and product developer began with a degree in advertising from Boston University, not far from where he grew up in the town of Cotuit, Mass., (where his favorite oysters are from). However, he soon decided this wasn’t the right path for him.

“My dad is Greek, and his side of the family comes from a long line of Greek restaurateurs, and summers I would spend my days in my dad’s restaurant,” he said. “Then post-college I found that advertising wasn’t what I really wanted, so I had this pull back to the restaurant industry for a career.”

Mr. Craw then attended the California Culinary Academy and worked in fine-dining. Eventually he “stumbled” into the world of research and development.

“Prior to joining Arby’s, I also served as a corporate chef for Atlanta-based Gold Kist Inc. and Grecian Delight Foods near Chicago,” he added.

Mr. Craw is devoted to working with the Arby’s Foundation and volunteering with the charity it sponsors, No Kid Hungry, a non-profit dedicated to eradicating childhood hunger in America.

“A group of chefs including myself — now in the hundreds — ride bikes 300 miles in three days to raise millions of dollars,” he said. 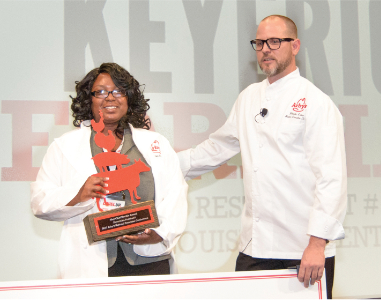 As a bike enthusiast, he also enjoys traveling to foodie locations worldwide and hiking along a river in Atlanta where he lives with his 120-lb Rhodesian ridgeback dog, Maizey.

The chef’s passion for food has earned him a 2016 Menu Masters Award from Nation’s Restaurant News for Arby's sliders and the 2017 COEX Innovation Award from the International Foodservice Manufacturers Association, in addition to several Arby’s Values Awards.

“Our culinary team shares all these awards,” Mr. Craw said, “and we get our job done and have fun while doing it.”

Going to the next level

One of Arby’s most innovative, buzz-worthy L.T.O.s was its venison sandwich, introduced last fall in five hunting-centric states. Participating restaurants sold out of the sandwich within hours, Mr. Craw said, and it was launched nationally following its popularity.

“One restaurant in Nashville was even painted in camouflage colors to resemble a hunting lodge,” he said. 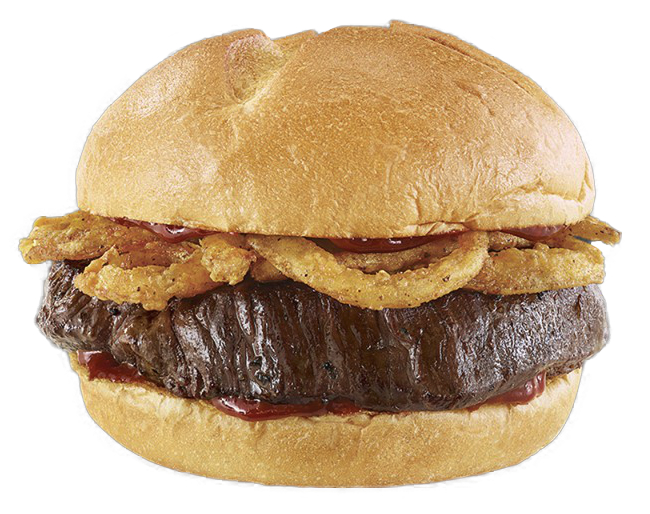 The sandwich featured a thick-cut venison steak and crispy onions topped with a juniper berry sauce on a toasted roll. The venison was marinated in garlic, salt and pepper and then sous-vide for three hours.

“The juniper berry sauce is a Cabernet steak sauce infused with juniper berries, giving the already unique sandwich another signature twist,” he added.

In 2012, he launched the Hey Chef Neville! program, a way to solicit new product ideas from front line employees, Atlanta Support Center team members and franchisees. Several of the winning submissions, including a Cuban sandwich and the King's Hawaiian Fish Deluxe, have been elevated to the national Arby’s menu or slotted for an L.T.O.