The future of ancient grains

KANSAS CITY — Many trends defining food in 2018 hearken back to days gone by rather than conjure up visions of futuristic foods. Consumers seem to be pushing for a return to simpler, cleaner, more traditional and even “ancient” ingredients.

Grains such as teff, einkorn, amaranth, millet or spelt may sound rather exotic to the average baked foods shopper, but these ancient grains exude a return to perceived wholesome, unprocessed foods. Rachel Cheatham, Ph.D., founder and chief executive officer of Foodscape Group and adjunct assistant professor of food marketing and communications at Tufts University, said the trend is supported by health-seeking consumers who increasingly value carbohydrate quality while seeking both variety and novelty.

“Taken together, this adds up to a globally minded exploratory consumer who wants something new and different for their grain choices while somehow comforting and familiar at the same time,” Dr. Cheatham said.

The Campbell Soup Co., identified three fundamental needs that also are driving the ancient grain trend: fueling, craving and connecting. Campbell Soup’s Pepperidge Farm brand features a line of Arnott’s Vita-Weat crackers that are 100% natural with ancient grains and seeds such as quinoa and chia. Thomas Griffiths, certified master chef and vice-president for Campbell’s Culinary & Baking Institute, said the chefs and bakers at Campbell Soup have been watching the popularity of these grains in the culinary world.

“At their core, ancient grains are incredibly versatile and have a lot of culinary potential, and there’s a lot of discovery and innovation waiting to happen with grains like teff, millet and sorghum, for example,” Mr. Griffiths said.

The wholesome, back-to-nature appeal of these trending grains also offers a new taste adventure. Ancient grains have become the new normal on menus and retail shelves, said Bryan Cozzi, senior chef of Campbell’s Culinary & Baking Institute. This is in large part due to the success of quinoa, which may be the most mainstream ancient grain, but others such as millet, spelt and kamut are fighting for the same level of familiarity. 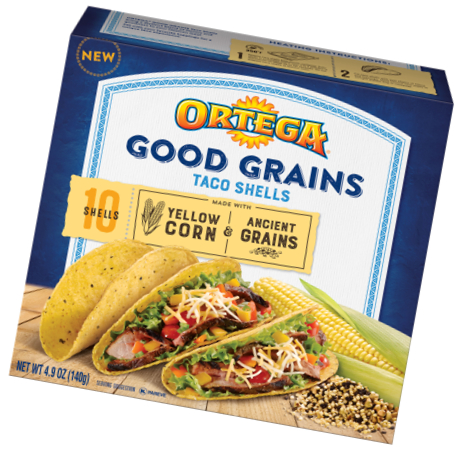 “That can be daunting for consumers who want to understand the differences between the many grains and seeds,” Mr. Cozzi said. “There’s still a learning curve for consumers interested in ancient grains. They are probably familiar with quinoa but don’t know how to use teff, for example. It’s up to us to deliver great-tasting products that help people learn about and appreciate ancient grains for all they have to offer.”

The explosion of ancient grain products on menus and shelves might have begun in 2010. There was a 269% increase in global food and drink launches describing their products as “ancient” between September 2010 to August 2011 and September 2015 to August 2016 periods, according to Mintel. Brands have seen a great deal of success in appealing to customers looking to connect with the past through their eating choices.

B&G Foods, Inc. hoped to latch onto that connection through its new Ortega Good Grains range of taco shells. The line includes four varieties: traditional blue corn, white corn and chia seeds, yellow corn and ancient grains, and whole grain corn and lentil. The products align with the 54% of U.S. shoppers who said they would consider whole grain varieties as alternatives to their usual carbohydrates, according to GlobalData.

Papa John’s International recently added gluten-free pizza crust made with ancient grains to its menus nationwide. The Papa John’s R.&D. team spent more than a year developing the crust. Made with sorghum, teff, amaranth and quinoa, it was tested in Los Angeles, Phoenix, St. Louis, Houston and Nashville last year before being rolled out to the rest of the country.

Smart Flour Foods, a provider of premium, ancient grain-based frozen pizzas, is introducing Snack Bites, a lineup of better-for-you pizza bites that provides a cleaner take on a popular snacking favorite. Made with the company’s flour blend of sorghum, amaranth and teff, the line also features chia.

“Today’s health-conscious parents are placing extra care into the food choices they make for themselves and their family and seeking out healthier options that don’t sacrifice great taste,” said 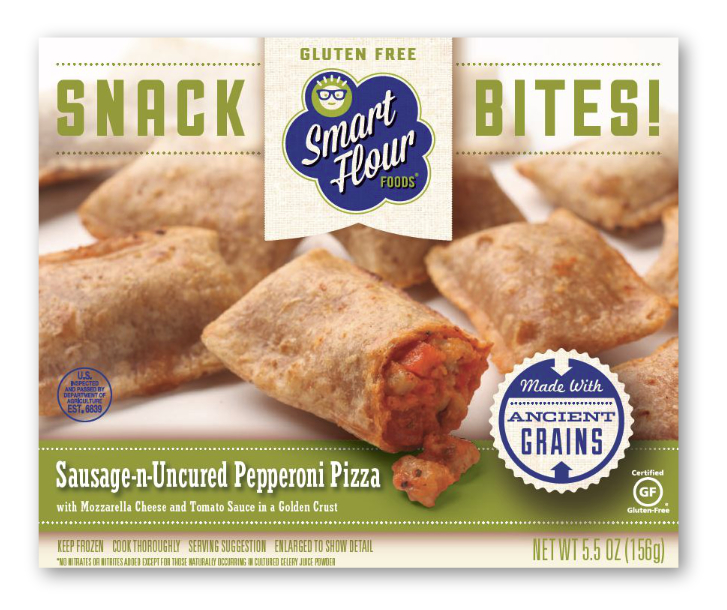 Charlie Pace, president and c.e.o. of Smart Flour Foods. “Pairing the comfort food taste of classic pizza with on-trend, healthier ancient grains, our Snack Bites give people of all ages a convenient and guilt-free treat that they can enjoy together.”

More than half (51%) of U.S. consumers think ancient grains have a positive impact on their health, according to GlobalData’s 2015 global consumer survey. 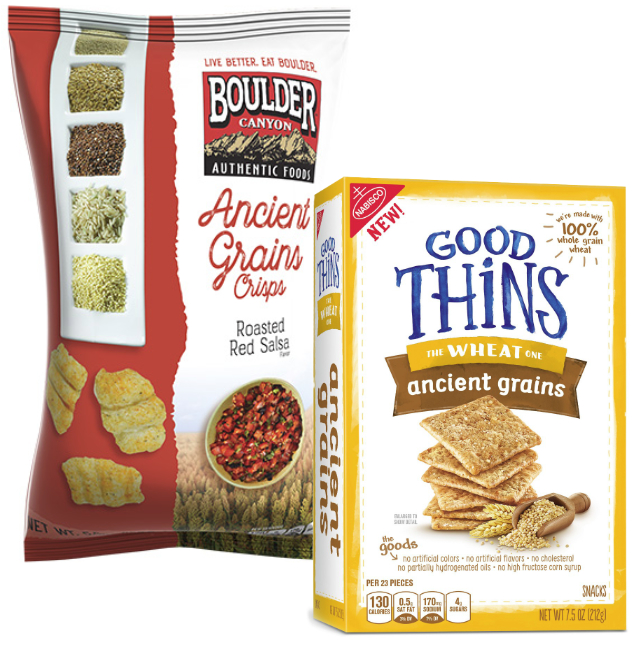 Food manufacturers may capitalize on this health halo and the nutritional diversity ancient grains bring to the table, but it is a challenge to sort out the different health characteristics of each grain. Some are relatively high in protein; others are not. Some contain gluten; others do not. Food producers cannot assume that consumers have all the facts and thus must communicate those key details.

“Gone are the days when the consumer decision was simply between white or whole wheat bread,” Dr. Cheatham said. “It’s now a more sophisticated carbohydrate conversation with consumers growing more aware that carbohydrate quality counts as much quantity.”

Health-conscious consumers and the popularity of gluten-free diets inspired Caroline Freedman to create NurturMe, which produces children’s snacks using ancient grains and probiotics. The company’s cookies include three varieties — cocoa, honey, and maple and cinnamon — made with quinoa, amaranth, millet and sorghum. Ms. Freedman, founder and c.e.o., said the company wasn’t expecting such a rapid response from consumers back when the company was started in 2010.

“We found that adults are familiar with quinoa as naturally gluten-free and non-allergenic, and we thought there might be a learning curve when we introduced our products,” Ms. Freedman said. “But there was a halo effect from parents who were already familiar with quinoa’s health benefits.” 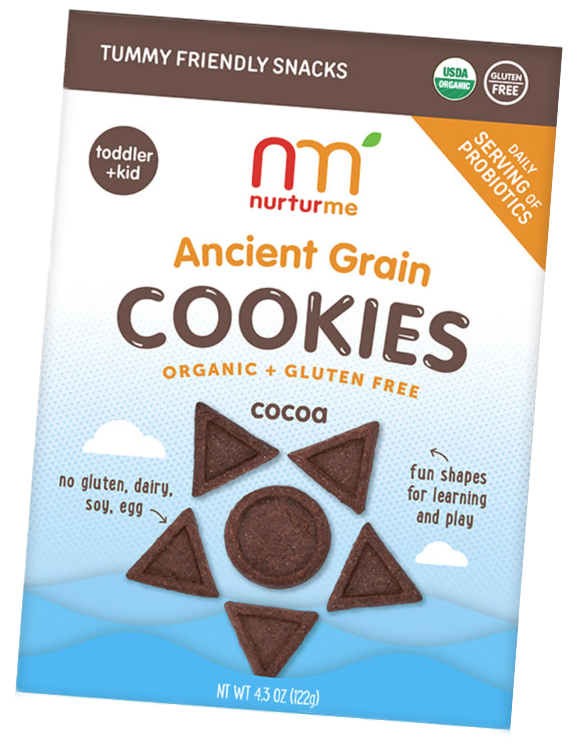 “Ancient grains are clearly a mainstream trend now and have been for a few years,” Mr. Vierhile said. “Companies like Kellogg Co., Campbell’s, Mondelez International and Del Monte Foods have all placed bets that ancient grains can drive sales growth and recapture consumers who may have defected to natural or organic brands.”

This change did not happen overnight, Mr. Vierhile said, but it has been an ongoing process that began in the natural and organic food industry and gained traction from there. In just two years, the percentage of Americans who said they are familiar with chia has doubled. In 2015, 33% said they were not familiar with chia, and that number shrunk to 18% by 2017, according to GlobalData consumer surveys.

“The transition from niche to mainstream has been led by younger consumers, a group that the packaged food industry has become increasingly obsessed with as this group is not adopting the same purchase patterns as their parents,” Mr. Vierhile said.

Millennials are more likely to seek out ancient grains than older consumers, Mr. Vierhile said. Forty per cent of Americans aged 25 to 34 said they would consider using grains like quinoa and spelt as an alternative to traditional carbohydrates, compared with 33% of consumers overall and 26% of consumers age 65 and above, according to a 2017 GlobalData consumer survey.

Ancient heads into the future

The numbers don’t lie; ancient grains have enjoyed huge success over the past two years. Launches featuring terms such as “ancient grains,” “chia,” or “quinoa” grew to 8.8% in 2017 from 5.9% in 2016, according to GlobalData’s Product Launch Analytics database of new products.

“The ancient grains story has been out there long enough that even consumers with only casual interest in ingredient trends have now heard of ancient grains like chia and quinoa,” Mr. Vierhile said. “This awareness has begun to translate into increased sales.” 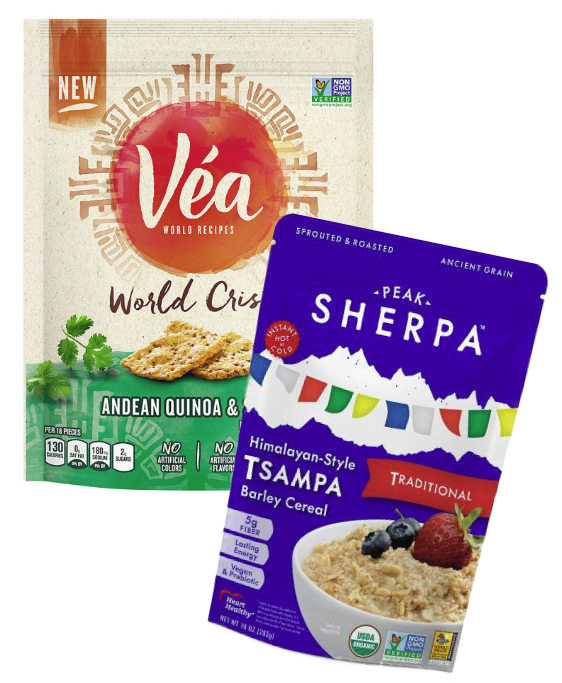 But will it last?

“Looking ahead, expect ancient, whole and grains like quinoa to continue to be in demand by health-seeking consumers,” she said. “Products that showcase and respect the inherent grain nutrition from harvest to end product will gain the most traction.”

Use of lesser-known ancient grains is also a trend to keep an eye on, Mr. Vierhile said, and it may be useful in reinventing tired products.

“Teff is one of the lesser-known ancient grains that was once extremely rare in packaged foods but is becoming less so and is attracting interest as a result,” he said.

Attention also is moving toward a new generation of ancient grains with intriguing stories and growth potential, Mr. Vierhile said. For example, Tsampa, an ancient staple food of the Himalayas, is just beginning to appear on the new products front and could signal the emergence of a new wave of ancient grains.