We use cookies to provide you with a better experience. By continuing to browse the site you are agreeing to our use of cookies in accordance with our Cookie Policy.
Home » Hearthside Food finds new owner

BAAR-ZUG, SWITZERLAND — An investment group led by Charlesbank Capital Partners and Partners Group has reached an agreement to acquire Hearthside Food Solutions from Goldman Sachs and Vestar Capital Partners. Headquartered in Downers Grove, Ill., Hearthside is the largest independent bakery in the United States, producing a variety of nutrition bars, cookies, cereals, baked foods and snacks at 25 manufacturing facilities across the United States and Europe.

Once the transaction is finalized, Charlesbank and Partners Group said they plan to collaborate with Hearthside’s management team on a number of value creation initiatives. Among their plans will be a stepped-up focus on promoting organic growth by providing customers with a wider range of product solutions, executing select bolt-on acquisitions to further expand the business into adjacent industries and geographies, and optimizing existing manufacturing processes.

“By combining flexibility and innovation with quality and scale, we have been able to achieve our vision of transforming Hearthside into one of the leading and fastest-growing companies in the food 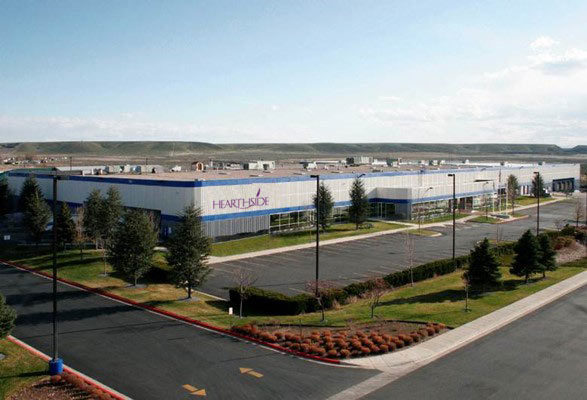 industry,” said Rich Scalise, co-founder, chairman and chief executive officer of Hearthside. “Today, we are delighted to be welcoming Partners Group and Charlesbank as partners for the next chapter of our success story and would like to thank Goldman and Vestar for their valuable partnership over the last few years.”

“We see strong potential for the company to continue on its growth path as its business model is supported by global transformative trends, such as increased outsourcing, which show no signs of flagging,” Mr. Russell said. “We look forward to working with Rich and the rest of the Hearthside team.”

Rumors that Hearthside might be on the block surfaced in January, when a report from Bloomberg suggested a potential sale could fetch approximately $2.5 billion.

Goldman Sachs and Vestar acquired Hearthside in 2014 from Wind Point Partners for about $1.1 billion.

“Our relationship with Goldman Sachs and Vestar was exceptional,” Mr. Scalise said. “Their partnership enabled growth, strategic direction and most importantly trust. We are excited about taking those enablers to the next level with Partners Group and Charlesbank as we look to new geographical markets, new 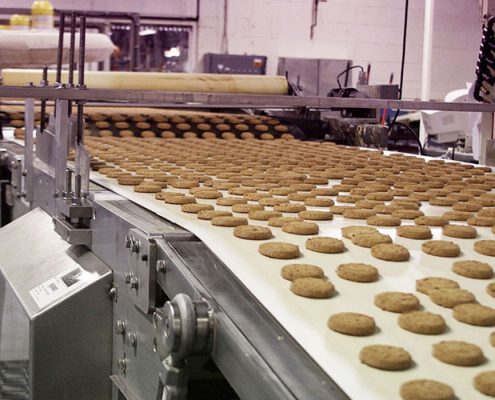 categories to enter, and in continuing to make our customers first in everything we do.”

Nicole Agnew of Goldman Sachs described Hearthside as “an exceptional food platform,” adding the firm was glad it was able to help scale Hearthside into Europe and across high-growth categories. Meanwhile, Brian O’Connor, managing director of Vestar, said Hearthside’s growth over the past four years “exceeded our expectations.”

“Together, we targeted acquisitions that complemented Hearthside’s capabilities, expanded into Europe and entered new categories,” Mr. O’Connor said. “We are confident Hearthside will continue to prosper under Partners Group and Charlesbank.”

Hearthside was created in 2009 and has grown over the past eight years. With the backing of Wind Point Partners, a Chicago-based private equity investment firm, Hearthside acquired a substantial portion of the assets from Roskam Baking Co., based in Grand Rapids, Mich. Then, in May 2010, Hearthside purchased Consolidated Biscuit Co., based in McComb, Ohio, as well as the cereal division of Golden Temple, Eugene, Ore. Hearthside acquired Oak State Products, a privately-held

contract manufacturer of cookies, bars and other baked foods, in late 2016 and more recently, on Nov. 28, 2017, completed the acquisition of Standard Functional Foods Group Inc. (SFFGI) of Nashville, Tenn.

Headquartered in Zug, Partners Group is a global private markets investment management firm with more than $74 billion in investment programs under management in private equity, private real estate, private infrastructure and private debt. The firm manages a range of customized portfolios for an international clientele of institutional investors.