We use cookies to provide you with a better experience. By continuing to browse the site you are agreeing to our use of cookies in accordance with our Cookie Policy.
Home » Balancing flavor and health in plant-based proteins

NEW YORK — Taste is top-of-mind for consumers who eat plant-based proteins, according to new research from Mintel. Fifty-two per cent of U.S. adults said taste was the No. 1 reason they opt for plant-based proteins, outranking health at 39%, environmental protection at 13%, animal welfare at 11% and diet concerns at 10%.

“Consumers are open to plant-based alternative proteins, and while they recognize health concerns as a distinct selling point for these, they will not waver when it comes to taste,” said William Roberts, senior food and drink analyst at Mintel.

While 65% of consumers said taste is the driving factor when deciding which plant-based product to purchase in the grocery aisle, health-centric attributes were also heavily influential, Mintel said. Forty-one per cent are more likely to seek such products with no artificial ingredients, 35% look for high protein content, 28% seek out fiber claims and another 28% prefer products that are non-G.M.O.

“Americans are more and more avoiding food products with artificial ingredients and G.M.O.s, and vegetarian, vegan and free-from foods have grown to be regarded as healthier options,” Mr. Roberts said. “Despite the fact that health attributes, particularly free-from, factor strongly in consumer decisions when purchasing plant-based proteins, at the end of the day, taste is the driving force behind purchase and eating decisions. While overall consumption of plant-based proteins remains low, these products benefit from a generally healthy reputation both for consumers’ diets and for the environment, and growing consumer interest in better-for-you lifestyles will continue to drive interest in the category.”

While these healthy and functional attributes do draw consumers, only 46% of Americans said they trust the functional claims made by plant-based foods. This provides an opportunity for brands to differentiate by further communicating their products’ benefits, Mintel said, as 71% of Americans said brands should provide more information about product and ingredient origin on their packaging.

“Busy consumers look for shortcuts for how to live well, and labels offer a quick and easy understanding about what a product contains and how it has been treated,” Mr. Roberts said. “In order to appeal to consumers, brands should offer a tasty product offering boasting no artificial ingredients, protein content, non-G.M.O. and fiber content and be sure to highlight these features on-pack.”

Sixty-six per cent of plant-based protein consumers said they eat these proteins in prepared meals, but traditionally animal-based products are popular vehicles, too, Mintel said. Fifty-one per cent said they are most likely to eat plant-based proteins in meat, 45% in cheese and 41% in milk. Consumers aged 18 to 34 are most likely to seek out such products. 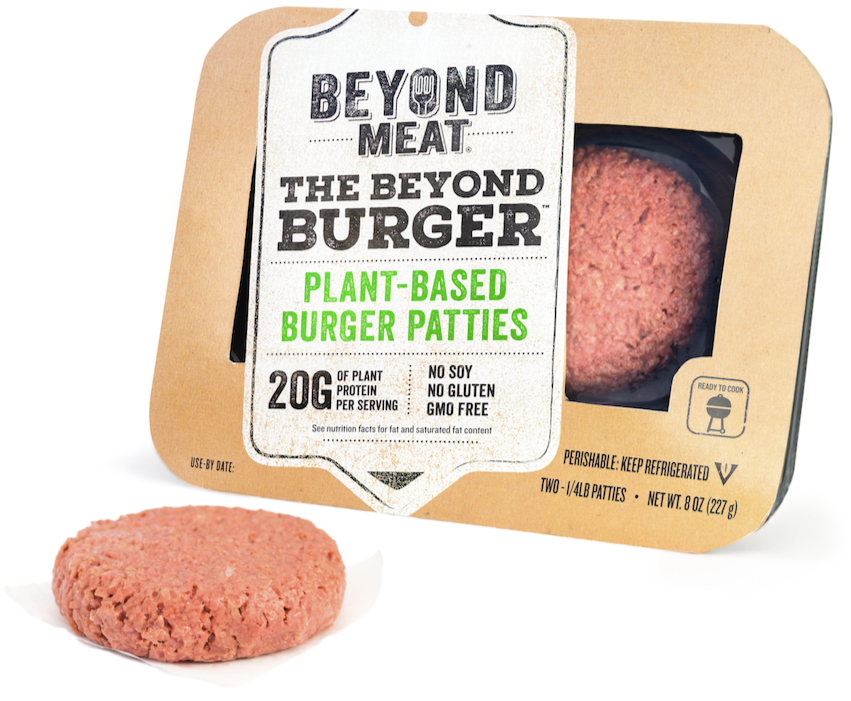 “Faux meat has come a long way in terms of both innovation and consumer acceptance, with meatless, ‘bleeding’ burgers and lab-grown chicken found on menus and in grocery store aisles across the country,” Mr. Roberts said. “The majority of consumers look for plant-based proteins in meat, cheese and milk, which suggests that alternative meats and dairy products will find appeal, resulting in increased consumption.”

However, a few roadblocks stand in the way of growth in the plant-based protein segment. Price may be a deterrent, Mintel said. Fifty-seven per cent of Americans said plant-based foods are more expensive than others, and that number jumps to 64% among consumers aged 18 to 34. Certain brands may be able to overcome the sticker shock, however, as 40% of consumers said brand name is important when buying plant-based products.

While plant-based protein popularity is on the rise, animal-based meat is here to stay, Mintel said. Sixty-seven per cent of Americans said meat is essential to a balanced diet, and 51% said they believe a meal is not complete without meat.