We use cookies to provide you with a better experience. By continuing to browse the site you are agreeing to our use of cookies in accordance with our Cookie Policy.
Home » General Mills nears organic goal, reduces water use

“We are investing in the preservation of natural resources that our business and the global population depend upon,” said Jeff Harmening, chairman and chief executive officer of General Mills. “Consumers increasingly demand food that reflects their values, from a company they trust. We believe that using our scale for good is good for them, good for our business and good for the planet we share.” 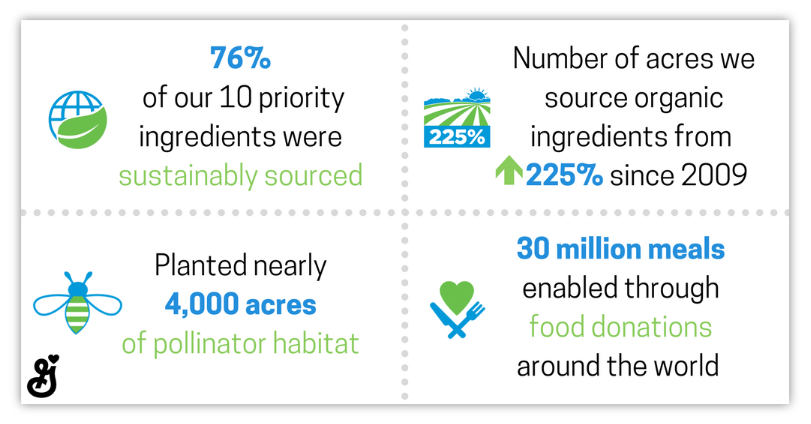 General Mills also has a goal of developing water stewardship plans for the company’s eight most at-risk watersheds in its global value chain by 2025. Absolute water use related to the company’s manufacturing processes was 17% less in 2017 than in 2016, which was due in part to reductions in the number of facilities and overall production.

The company’s greenhouse gas footprint fell by 11% in 2017 when compared to 2010. The decrease came across the value chain in the areas of agriculture, packaging, producing, shipping, converting, selling and consuming.

General Mills has invested more than $6 million to support pollinator and pollinator research efforts. In 2017 the company, along with the U.S. Department of Agriculture and the Xerces Society for Invertebrate Conservation, launched a five-year project to protect and establish healthy pollinator habitats. The commitment will help to plant more than 100,000 acres of pollinator habitats through 2021. 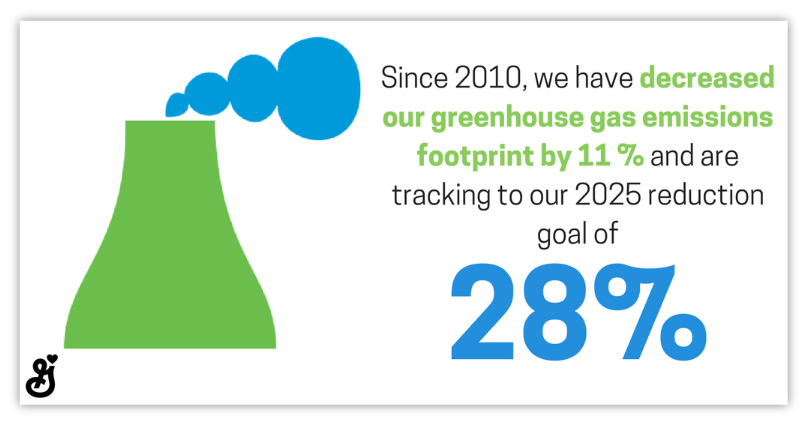 Through 2017, General Mills has invested more than $3.25 million in soil health initiatives on U.S. agricultural lands. General Mills’ food donations, Foundation grants and employee expertise were used to support and strengthen food banks in more than 32 countries in 2017. General Mills donated over $53 million in 2017 to K-8 schools in the United States through a Box Tops for Education program, which is operated by General Mills’ marketing teams.

The Global Responsibility Report may be found here. 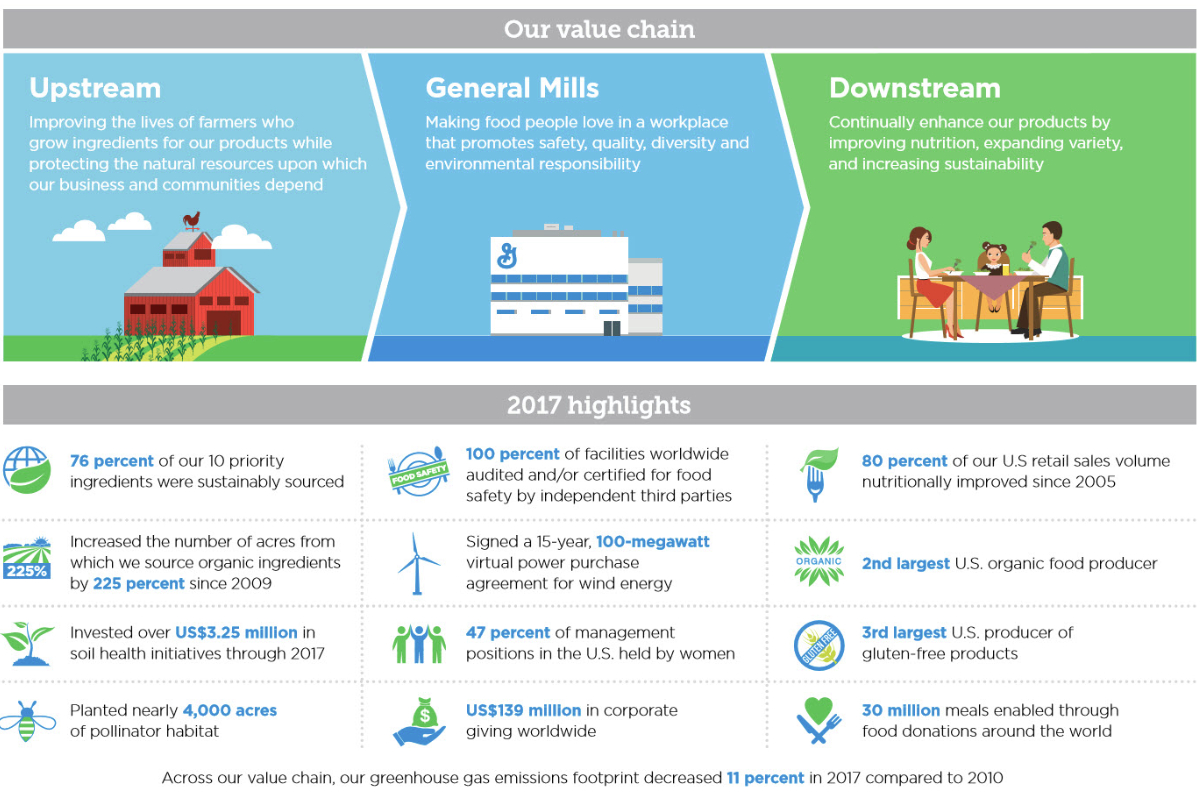