SAN RAFAEL, CALIF. — In the past, when people spoke of beef jerky, images of old-fashioned cowboys gnawing on leathery pieces of dried meat while sitting around a campfire came to mind. Today, the refined meat snack has become the go-to nosh for more than just the modern cowboy. Hikers, endurance athletes, low-carb dieters – today’s jerky consumer can be anyone shopping the snack aisle for a high-protein on-the-go food.

Not only has the beef jerky consumer changed but so have the beef jerky selections available. The beef jerky section of grocery, convenience and specialty stores has grown far beyond big name suppliers like Jack Links and Oberto. Today, there are countless jerky flavors to whet consumer appetites and a large number of players in the jerky game.

Duke’s, Krave, Three Jerks, Epic, Chef’s Cut – there is no shortage of jerky brands on the shelves. With that kind of saturated market, differentiation is the key to success.

“It’s a real male-dominated market, and we wanted to stand out,” said Shannon Ronan, co-owner and co-founder of the three-year-old jerky company. “We’re the only women-owned jerky company that I know of, so we wanted to show that off with the name of our product and our branding.” 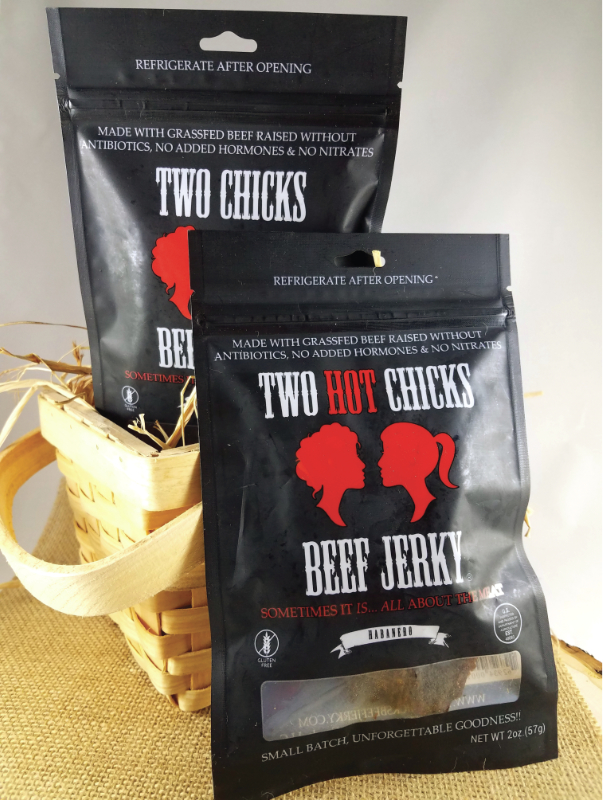 In lieu of the masculine images of bulls or cowboys that typically don beef jerky packages, Two Chicks Beef Jerky features a silhouette of “two chicks” (Ms. Ronan and her wife Breelyn MacDonald, who is also co-owner and co-founder of the company). The black and red packaging also sports the slogan, “It’s the meat that matters!” or "Sometimes it is all about the meat."

“We want our customers to know that our company is run by two women and that our jerky is made from quality ingredients,” Ms. Ronan said.

The jerky is made from 100% grass-fed beef with a simple, minimal ingredient recipe – beef, tamari, honey, lime, garlic and pepper.

“It’s not too processed; it’s like the old-school cowboy-style jerky," Ms. MacDonald said. "It tastes homemade."

This isn’t a coincidence.

From hobby to business

Two Chicks beef jerky is the kind of jerky one would make in their own kitchen, which incidentally is where the business began.

Six years ago, while Ms. Ronan and Ms. MacDonald were prepping for a lengthy cross-country road trip, they decided to bring along homemade jerky for road food. They had just started dabbling in jerky making a few months prior. The two were looking for quality food to eat while hiking but couldn’t find anything that was high in protein and from a source they trusted. Jerky was the high protein snack they were looking for, but they weren’t satisfied with the selections on the market at the time.

“We wanted to know where the meat was coming from,” Ms. Ronan said.

The only way to know that was to select the raw ingredients themselves and make their own. The couple stockpiled their homemade jerky and hit the road from their Bay Area home on a five-month national park journey around the country in the summer of 2012. They shared their jerky with new friends they met on the road and always got rave reviews.

After returning home and having friends and family start requesting to pay for their batches of jerky, Ms. Ronan and Ms. MacDonald thought they might be on to something.

In order to get the ball rolling, the couple decided to conduct a Kickstarter campaign to raise some seed money to get the business off the ground. They sought out $5,000 from the online funding platform. After the campaign was over, they had received $6,000 from contributors.

“We should have asked for twice that much,” Ms. Ronan said, joking that starting a business always costs more than expected.

The first business plan detail to be sorted out was where to make the product.

“We considered renting a commercial kitchen, but we realized there would be a lot of logistical details we’d need to figure out,” Ms. Ronan said.

Instead, the two started calling U.S. Department of Agriculture processing facilities to see if there was an existing plant they could use to process their product on a small-batch basis. 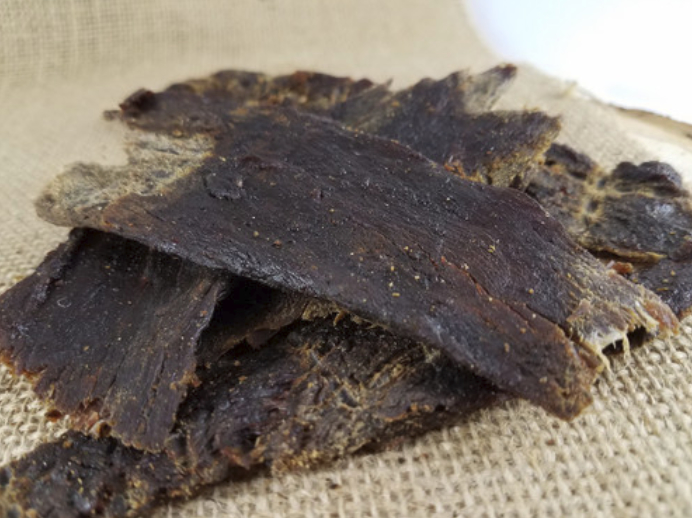 Sonoma County Meat Co. offered them the partnership they were looking for – a U.S.D.A.-inspected processing plant to process and produce their product.

The second detail was ingredients. When Ms. Ronan and Ms. MacDonald first started making jerky for themselves, they made a point to use grass-fed and finished beef that was hormone and antibiotic free. The two felt better about eating meat when they knew where it came from. They used this same philosophy when selecting product for the jerky they were going to sell.

“We really cared about where the meat came from when we were looking at meat sources,” Ms. Ronan said. “We really wanted a high-quality meat.”

They primarily used the top round cut of beef and combined it with as few ingredients as possible to give the product a classic flavor.

“We wanted a classic flavor with a minimal amount of ingredients – we didn’t want to mask the flavor of the meat,” Ms. MacDonald said. “We use garlic, black pepper, lime juice and honey as a sweetener. A lot of jerky has a lot of sugar in it – we wanted to avoid that.” 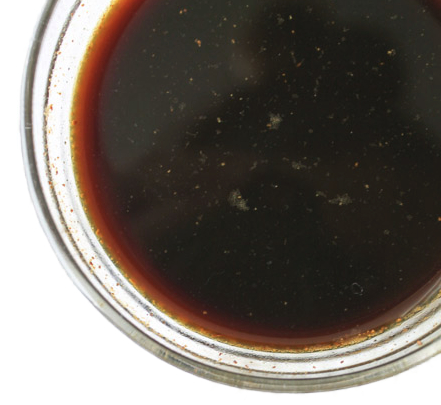 “Some jerky today has so many ingredients and so much sugar that’s it’s like soft meat, and it doesn’t taste like jerky,” Ms. MacDonald said.

Two Chicks Beef Jerky's product is made with tamari instead of soy sauce – which allows it to be labeled gluten free. Tamari is essentially Japanese soy sauce that contains little or no wheat, unlike traditional Chinese soy sauce. The company also offers a Two “Hot” Chicks variety that includes habanero and California chili peppers to spice up the taste (the spicy variety was created after the company had been in business for a year).

By January 2015, with a processor and distributor lined up, ingredients selected and a package logo designed by Ms. MacDonald, Two Chicks Beef Jerky was no longer an idea. It was a business.

With product in hand, Ms. Ronan and Ms. MacDonald were next faced with the challenge of selling it.

One of their first accounts was Bi-Rite Market in San Francisco. The two were in the store buying cheese and wine to help celebrate their newly created business and shared their story with a cheese department employee, who immediately requested a sample. After the employee sampled the product, she was sold – and Two Chicks Beef Jerky had its first official customer.

“We did a lot of walk-ins to promote our product the first year or so," Ms. Ronan said. "We shared it with anyone who would try it." 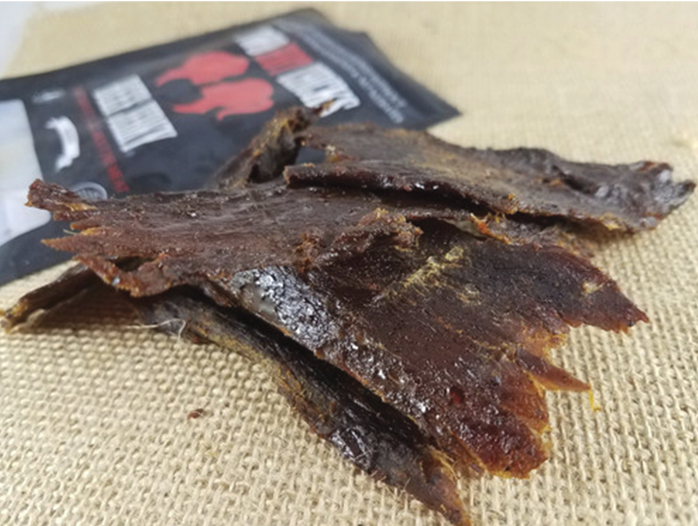 In addition to cold-call sales, Ms. Ronan and Ms. MacDonald attended food and snack trade shows to get the word out. They have attended Natural Products Expo West, Sweets & Snacks Expo and Winter Fancy Food as well as area brew fests over the past few years – all of which have helped them spread the word about their company – and sell jerky. Their sales have doubled each year since the company started. A good problem to have, the pair said, but it did mean the company had to look for a new beef supplier and processor to handle their production demand.

Now Two Chicks Beef Jerky is being sourced by a beef producer in Oregon (still 100% grass-fed, no antibiotics, no hormones, humanely raised beef).

“It’s very important to us to never stray from the quality of beef that we use,” Ms. MacDonald said.

The jerky is no longer being processed at Sonoma County Meat Co. Instead, they are using a processor in Idaho.

“In the beginning it was just the two of us driving around in our Honda Fit sampling and distributing our product – now we’re distributing through Zoe’s on their trucks," Ms. MacDonald said. "So much has changed.

"It is a strategic partnership in which they are helping us with growth, marketing and distribution to help us spread our wing 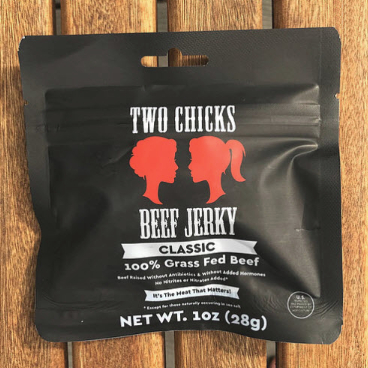 s to further reaches than we could do on our own. They aren’t a processing facility or a meat source – they have their own brands of salamis, bacon, deli meats, etc. and have acquired other artisanal brands such as Daphne’s Creamery and Emmy’s Pickles and Jams. We are the first artisanal brand with them to still retain 100% ownership of our company while partnering with them. We are very thankful for this partnership and its ability to help us move to the next level.”

Advancing to that next level involves introducing a new 1-oz snack-size package of both jerky flavors, soon to be available both online and in retail locations. In addition, Ms. Ronan and Ms. MacDonald plan to expand the brand’s protein selections and flavor profiles, perhaps offering turkey jerky or another meat variety.

“We want to do more product development to come up with more flavors,” Ms. MacDonald said. “And we’d like to pick up our online sales.”

And in five years?

“We hope we’re at a level that we’re as recognized as some of the big wig jerky companies out there,” Ms. Ronan said.