We use cookies to provide you with a better experience. By continuing to browse the site you are agreeing to our use of cookies in accordance with our Cookie Policy.
Home » Tim Hortons parent eyes turnaround

OAKVILLE, ONT. — While acknowledging that current challenges can’t be addressed with a series of short, easy fixes, Restaurant Brands International, Inc. has made a turnaround at Tim Hortons a top priority in 2018.

In announcing first-quarter results on April 24, Daniel S. Schwartz, chief executive officer of Restaurant Brands International, said the company was pleased with double-digit system-wide sales and adjusted EBITDA growth in its Burger King and Popeyes brands. However, he was notably displeased with sales growth and overall financial results at Tim Hortons.

Adjusted EBITDA at Tim Hortons in the first quarter ended March 31 totaled $245.2 million, down 4.3% from $256.2 million in the same period a year ago. Meanwhile, first-quarter comparable sales were down 0.3%, primarily reflecting flat comparable sales in Canada and softness in the United States. “Our first-quarter results in Canada reflects softness in coffee, partially offset by growth in breakfast foods,” Mr. Schwartz said during an April 24 conference call with analysts. “Softness in coffee was the result of heightened competitive activity during the quarter as well as a weaker execution of our ‘Roll Up The Rim’ promotion. We are encouraged by the results of some of our new lunch products introduced this quarter, including our turkey bacon club, our bacon artisan grilled cheese and more recently, our Tim’s signature melts platform.”

Noting that the company is not pleased with how Tim Hortons is performing, Mr. Schwartz said Restaurant Brands International has developed and begun to implement “decisive and urgent actions and created a long-term plan to address the causes of our underperformance.”

To further turn around the Tim Hortons business Restaurant Brands International has developed the “Winning Together” plan, which is focused on three key pillars: restaurant experience, product excellence and brand communications. 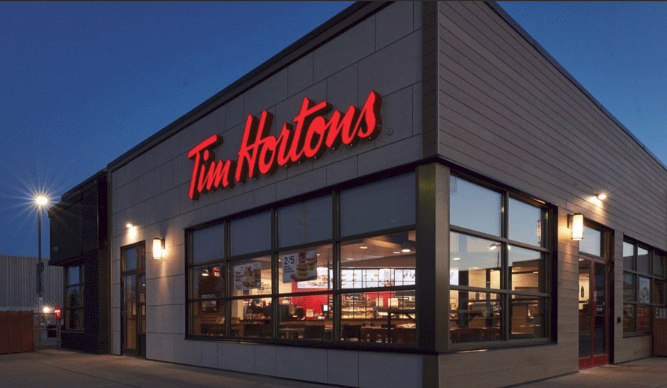 As part of the first pillar, Mr. Schwartz said Tim Hortons is increasing its digital presence and modernizing its restaurant image. In March, the company unveiled a new Tim Hortons restaurant design called the “Welcome Image,” which features a redesigned natural, more modern and more inviting image. The company plans to roll out the new design across the majority of its Canadian restaurants over the next four years.

The second pillar, product excellence, revolves around a focus on offering products that consumers enjoy.

“One component of this is furthering our coffee leadership in Canada, including through our espresso-based beverage platform that we’ve rolled out last year,” Mr. Schwartz said. “A second component is improving the quality of our lunch products, which we’ve already started, including through our turkey bacon club, our artisan grilled cheese and our new signature melts platform. We also plan to improve our product packaging and other visual cues, which we will roll out in Canada later this year.” 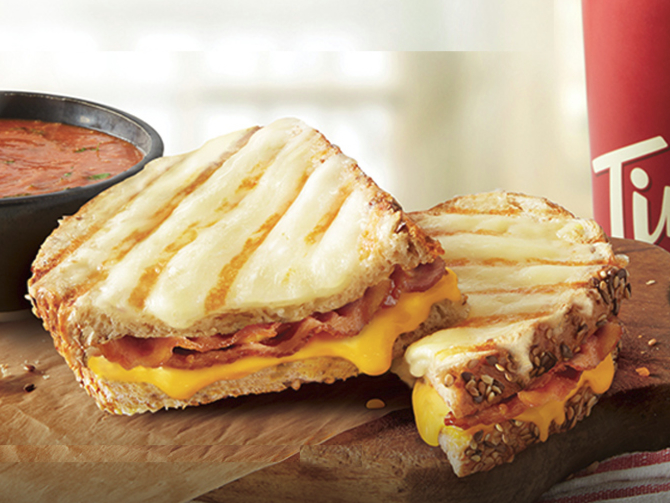 The third pillar, brand communications, will include a focus on the values that define the Tim Hortons brand, including a musical advertising campaign.

“I want to reemphasize that we don’t think the current challenges at Tim Hortons can be addressed with a series of short, easy fixes,” Mr. Schwartz said. “Like our restaurant owners, we are focused on the long term and on executing with excellence on our three-pillar ‘Winning Together’ plan. Simply put, we are as passionate about this iconic brand as our franchisees and our guests, and we know we’re accountable for its success. That’s why you have my commitment that we will continue moving with speed and determination to improve its performance.”

Overall, net income attributable to shareholders at Restaurant Brands International totaled $147.8 million in the first quarter ended March 31, equal to 60c per share on the common stock, up from $50.2 million, or 21c per share, in the same period a year ago. Total revenues increased to $1,071.8 million from $1,000.6 million.