We use cookies to provide you with a better experience. By continuing to browse the site you are agreeing to our use of cookies in accordance with our Cookie Policy.
Skip To Content
Home » Coca-Cola volume rises behind surge in diet soft drinks

Coca-Cola Zero Sugar experienced double-digit growth globally after launching in the United States in 2017. Diet Coke returned to growth in North America following product introductions in January. In the United Kingdom, Coca-Cola executives said the company’s portfolio of diet soft drink brands will help the company cope with a sugar tax that went into effect in April.

Coca-Cola continues to focus on its total beverage platform, said James Robert B. Quincey, president and chief executive officer of the Coca-Cola Co., in an April 24 conference call with analysts.

“Even as we evolve our portfolio, our foundation is strong,” he said. “For example, trademark Coca-Cola led the way, growing volume a healthy 4% globally due to improving trends in our developing and emerging markets, along with strong momentum in the low- and no-calorie variants.” 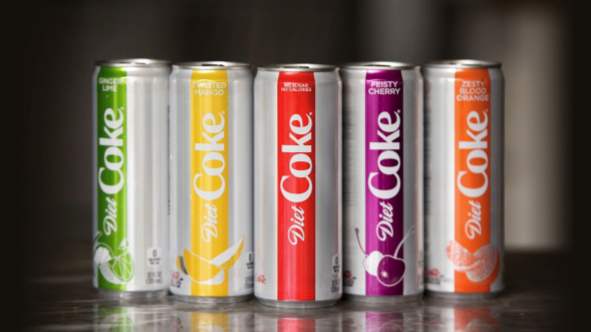 “We introduced new packaging, a new marketing campaign and new flavors designed to appeal to the next generation of consumers,” Mr. Quincey said. “We got off to a strong start, returning Diet Coke to growth in North America. Now we recognize it’s still very early in the process, but we are encouraged by the initial consumer response.”

He said the new look for Diet Coke may attract millennials and people who drink flavored sparkling water.

“I don’t know what’s going to happen in Q2,” Mr. Quincey said. “I hope the trend continues. As we say, we put a lot of effort into Q1, but whichever way it goes, whether it continues or softens a little into Q2, I think we’re learning some interesting things about what it takes to reinvigorate the Diet Coke brand, and so I’m encouraging the team to continue to learn and be bold with the new round of actions.”

Companywide, Atlanta-based Coca-Cola reported net income of $1,400 million, or 32c per share on the common stock, up 18% from $1,184 million, or 28c per share, in the previous year’s first quarter. First-quarter net revenues of $7,626 million were down 16% from $9,118 million because of a headwind from the refranchising of bottling territories. Volume growth globally for the Coca-Cola brand was 3%.

In North America, net revenues of $2,680 million were up 11% from $2,417 million although operating income of $531 million was down 7% from $574 million. A 6-point headwind came from cycling the benefit of intercompany profit elimination in the prior year related to the refranchising of North American bottling operations. Organic revenues in North America increased 1%, and unit case volume increased 2%. Price/mix declined 1%. 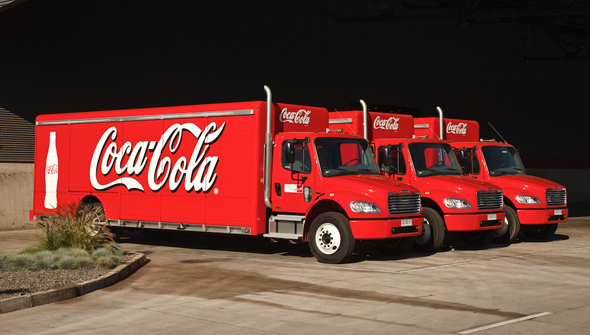 “Like other C.P.G. companies, we faced significant freight headwinds in North America this year,” said Kathy N. Waller, executive vice-president, chief financial officer and president of Enabling Services. “Historically, we have accounted for the cost of outbound freight as a reduction from revenue. Therefore, it impacts our price/mix calculations. We estimated that this will be a 1-point impact on North America’s full-year price/mix.”

In Europe, Middle East and Africa, Coca-Cola reported net revenues of $1,841 million, up 13% from $1,632 million in the previous year’s first quarter, and operating income of $914 million, up 6% from $860 million. Coca-Cola launched the Fuze Tea brand in 37 additional European countries in the first quarter.

“While we still have a lot of distribution to build, we are ahead of plan,” Mr. Quincey said. “With the expansion we have effectively doubled the value of the Fuze Tea brand globally.”

“I think the G.B. (Great Britain) team has done a great job with Coca-Cola European partners in preparing for this,” Mr. Quincey said. “I’m sure it will have some disruption for Coke original in Q2.

The rest of the portfolio is set up to continue with the pricing strategy we have before. So I don’t think it’s going to be too disruptive, but I think there will be some impact.”

Ms. Waller pointed out Coca-Cola is adapting to new sugar taxes in both the United Kingdom and South Africa.

“While we feel confident in our strategies and ability to adapt our portfolio to the new operating environment, we expect some level of impact, particularly as consumers first adjust to the new prices,” she said.

Globally, unit case volume rose 5% for tea and coffee, 4% for sparkling soft drinks, 3% for juice, dairy and plant-based beverages, and 1% for water, enhanced water and sports drinks. For the full year Coca-Cola expects organic revenue growth of 4% and comparable e.p.s. growth of 8% to 10%.