We use cookies to provide you with a better experience. By continuing to browse the site you are agreeing to our use of cookies in accordance with our Cookie Policy.
Home » Mondelez benefits from European, emerging market performance

DEERFIELD, ILL. — Mondelez International benefited from the performance of its businesses in Europe and Asia, the Middle East and Africa (AMEA) during the first quarter of fiscal 2018. In North America, the company’s largest region by sales, and Latin America, Mondelez continued to be challenged.

In Europe, Mondelez continued to expand its “chocobakery” platform, which was up more than 20% during the quarter, said Dirk Van de Put, chairman and chief executive officer.

“Chocobakery is a franchise that uniquely leverages our strength because it lives at the crossroads between our iconic chocolates and biscuit brands,” he said during a conference call May 1 with financial analysts. “Combining Milka or Cadbury chocolate with Oreo cookies or Ritz crackers is a consumer proposition that is hard to beat. In addition, our European team executed well on our Easter plans and expanded our gifting and premium platforms in many key markets.”

The company experienced mid-single digit growth in China that was supported by improved sales execution, a good Chinese New Year and strong results from the relaunch of Oreos in the region, according to the company.

“South East Asia delivered its tenth consecutive quarter of growth, up high-single digits. It was led by a strong performance in Indonesia, driven by Oreo innovation and route-to-market expansion.”

While Mr. Van de Put said management is “bullish” on its prospects in North America, the company remains challenged in the region. Supply chain issues, gum mix and overall trade destocking all led to weak revenues in North America, and high operating costs affected margins during the quarter.

Net income strength during the quarter was driven by a favorable impact from currency and commodity hedging activities and year-over-year currency translation, the company said.

“Overall, we’re maintaining our outlook for the full year,” said Brian T. Gladden, chief financial officer. “We’re encouraged by our top-line progress as both our categories and our revenue growth are a bit better than we had anticipated coming into the year. But it’s still early as this is just one quarter. However, we would say that the cost environment is tougher than we planned. That’s especially true in North America with the rest of our business well positioned on margins.”

When Mr. Van de Put started as c.e.o. he said he would be conducting a strategic review of Mondelez’s operations. The company is scheduled to announce the results of the review this summer, but analysts on the call were asking about how the gum and candy business fits with future plans.

Mr. Gladden said the issues around gum and candy are complicated. 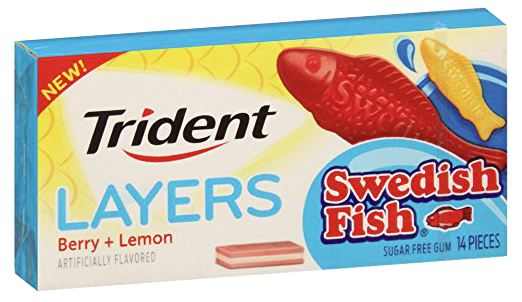 “We’re not seeing signs of improvement in developed markets,” he said. “We’ve tried, obviously, innovation, and we’ve taken some cost out of the business. We’ve invested in advertising and consumer spending. (In) emerging markets, the gum business is actually up high single digits with volume-based growth. And there’s some good markets like Turkey, Brazil, South Africa that are contributing to that in a good way. So, there are some pockets of improvement that we feel pretty good about.”

He added that one of the challenges with gum and candy is it gives Mondelez scale in some markets.

“… As we think about the strategic decision or what we might do in the long term, we obviously have to consider that,” Mr. Gladden said. “There would obviously be stranded costs. There’s obviously a short-term dilution associated with the transaction … So, it’s a complex process and I think it’s one that we are working on.”