PARSIPPANY, N.J. — Strong sales of Birds Eye frozen vegetable products propelled Pinnacle Foods’ performance in the first quarter. Net earnings attributable to common shareholders of Pinnacle Foods Inc. in the three months ended April 1 were $56,914,100, equal to 48c per share on the common stock, up from $22,926,000, or 20c, in the year-ago period. Net sales were $778,832,000, up 1.7% from $766,074,000. Excluding the impact of the exited Aunt Jemima business, net sales expanded 4.3%, said Mark A. Clouse, chief executive officer of Pinnacle Foods.

“Our first quarter shaped up much as we had planned, with a very strong top line sustaining the momentum from 2017 and double-digit growth of adjusted diluted earnings per share, demonstrating our continued ability to sustain top-tier performance and shareholder returns,” Mr. Clouse said during a May 3 earnings call. “We also continued to win in the marketplace with both strong consumption and market share gains in the quarter, marking our 16th consecutive quarter of composite market share growth. We expect the robust slate of innovation that will hit the marketplace this year across all three of our retail segments will help us continue the momentum.”

“In terms of market share, performance for the Frozen segment advanced 0.6 point in the quarter, driven by Birds Eye Vegetables, which advanced 1.4 points on consumption of 12.2%; and Birds Eye Meals, which advanced 1.1 points on consumption growth of nearly 3%,” Mr. Clouse said. “The strong performance in Birds Eye was driven by both the core business as well as continued success behind the slate of innovation that we have launched in the past few years, in particular, the popular Birds Eye Veggie Made innovation that we launched in 2017. 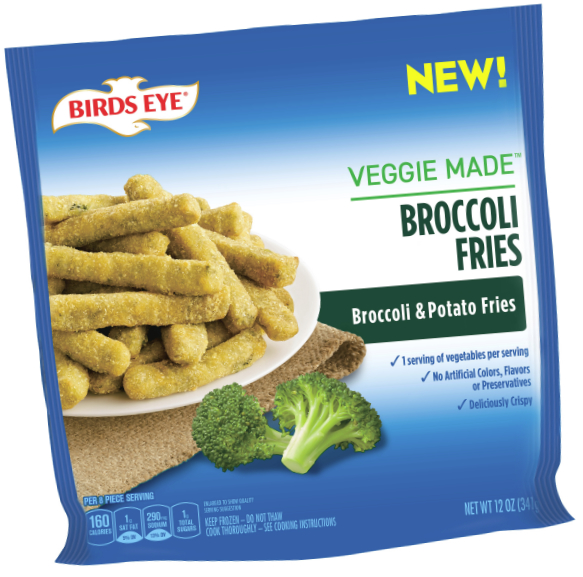 “This platform, as you’ll recall, uses vegetables in place of starches to create wholesome, veggie-rich alternatives for products such as pasta, rice and mashed potatoes. In the first quarter, we added to this successful platform with the introduction of Veggie Made fries and tots, which utilize broccoli and cauliflower as a replacement for some of the potatoes. We also expanded our one-of-a-kind Veggie Made pasta lineup with spaghetti-like offerings that come in a variety of sauces.”

“...we remain very excited about the Duncan Hines Perfect Size for 1 innovation that we launched in 2017 and are following up this year with 13 additional offerings as well as 11 varieties of our new Perfect Size for 1 frostings and drizzles that allow consumers to easily and fully customize their experience across the line, something that is truly unique to this category,” Mr. Clouse said. “Vlasic pickles also performed well in the first quarter, with consumption expanding 5.5%, driving 0.4 point of share growth. This performance reflects the actions that we took over the course of 2017 to refocus on the core equity of the brand, namely the iconic stork making crunch and zero calories relevant to millennials through new marketing campaigns and select new items.”

A refresh of the Wish-Bone salad dressings business is underway, he added. 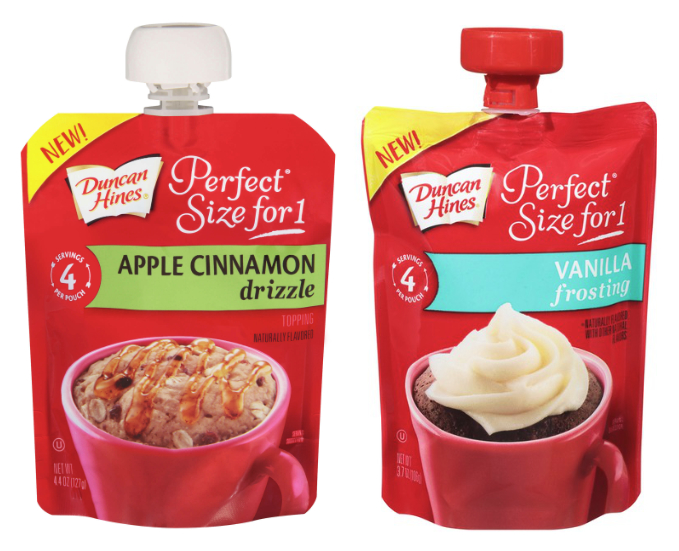 “With new graphics on the bottles and overall optimization of product offerings and simpler, cleaner ingredient lines, we expect the brand to have a very strong presence on shelf,” Mr. Clouse said. “This, coupled with targeted on-trend marketing and a focus on our flagship Italian varieties, we expect the Wish-Bone story to play out in 2018, much as the Vlasic one did in 2017, with sequentially improving trends.”

In the Boulder segment, EBIT expanded 78% to $11,851,000, reflecting the favorable impact of items affecting comparability versus the prior-year period as well as productivity, partially offset by input cost inflation. Segment net sales increased 0.5% to $97,756,000, as continued strength of the Gardein business and growth of Earth Balance offset lower net sales of Evol and Udi’s products.

“End market performance for the segment remained very strong, with retail consumption advancing nearly 9%, led by continued growth of Gardein, which grew consumption over 55%, and Earth Balance, which was up 22%,” Mr. Clouse said. “This growth was partially offset by lower consumption of Evol, which was lapping a very strong promotional period in the previous year, and to a lesser extent, Udi’s, which is starting to benefit from the consumer trial of the new bread.” 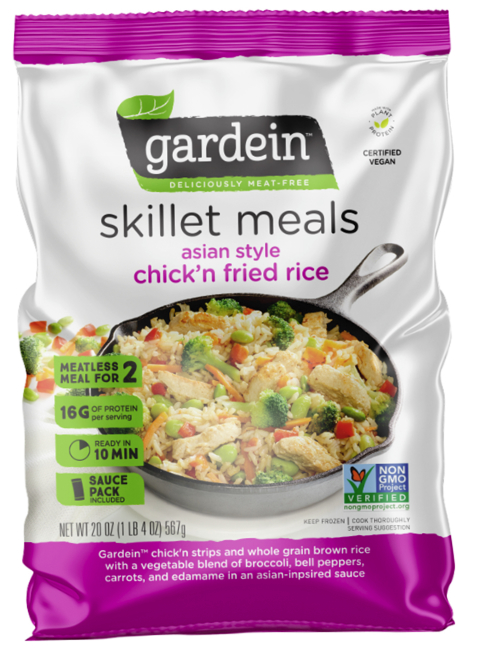 “As we finish lapping the A.J. Exit, we anticipate the top line of the Specialty segment to return to what it’s been in the past, up a little bit in some quarters, down a little bit in others,” Mr. Clouse said. “But given the work we’ve done to exit low-margin businesses over the past year, we would expect adjusted EBIT margins to show good growth.”

Recent speculation has swirled over a potential sale of Pinnacle Foods after investment company JANA Partners L.L.C. took a 9.1% stake in the business. In an April 19 filing with the U.S. Securities and Exchange Commission, JANA Partners said it would like Pinnacle’s board and management team to consider evaluating alternatives for the company, including a sale or other consolidation opportunities.

“And although I don’t want give the specifics on any individual investor, but what I’ll say is we’ve had historically and continue to expect to have very constructive dialogues with the JANA team,” he added. “The board and I are committed to building value for our shareholders. We are ... open to hearing ideas and are happy to listen from all of our investors but, most certainly, JANA as well. So I think we look forward to those dialogues in the future. But to this point, we’ve been really focused on finishing out the quarter, getting earnings ready. And from this point now, we'll kind of pivot as we normally do, with a pretty robust agenda of investor meetings and a conference coming up as well.”