We use cookies to provide you with a better experience. By continuing to browse the site you are agreeing to our use of cookies in accordance with our Cookie Policy.
Home » Ingredion takes ‘pyramid’ approach to consumer trends

NEW YORK — Executives of Ingredion, Inc. discussed ways the company may help create products for the whole “pyramid” of global consumers, and not just millennials, May 17 at the BMO Capital Markets Farm to Market Conference in New York. Rising freight rates and an improved economic situation in South America were other topics discussed.

“We’re not just focused on the highest value, highest end of the pyramid, millennials that pay $4 for a Muscle Milk,” said James P. Zallie, president and chief executive officer. “We’re very focused on affordable foods and affordable formulating for the masses as well around the world.”

He listed providing affordable food products in Brazil as an example of the middle of the pyramid.

The food-anywhere trend, such as food ordered through the internet or food that is delivered, is another focus for Ingredion. Food deliveries are placing more of a burden on the distribution system, Mr. Zallie said, and gave the example of an egg souffle that needs delicate eating quality along with the ability to withstand the rigors of distribution. 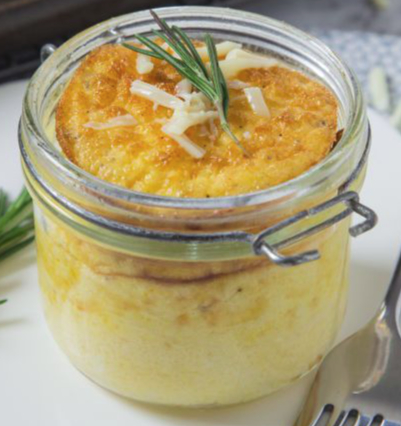 “So that’s something where our deep knowledge of texture and how to make products taste good is very, very important,” he said.

Specialty starches serve as a backbone to texture in many products, he said.

“That’s why we’re rounding out our portfolio today with protein-based ingredients because proteins and hydrocolloids, along with specialty starches, really kind of round up the map of texturizing to give you mouthfeel stability, etc.,” Mr. Zallie said.

Ingredion, Westchester, Ill., is taking two approaches to rising freight costs, said James D. Gray, executive vice-president and chief financial officer. One is working with brokers and carriers and trying to find a more competitive cost for each route. The second approach is communicating what the freight costs are to Ingredion customers.

“Structurally, our dry van, about one-fifth of our contracts, have some type of freight pass-through,” Mr. Gray said. “It’s the other four-fifths that we’re working through this year, tends to be more medium and small customers. They rely upon us to figure out the best delivery price (for) them.”

Ingredion is having talks with these customers about how dry van rates have risen and how that increase will be passed through to customers.

“Obviously, some of that in the second half, fourth quarter, but definitely, as we reset the contract in the fall of this year for 2019, I think we’ll be operating at a different freight rate to get our starches to our customers,” Mr. Gray said. Ingredion has a track record of passing through price increases, Mr. Zallie said.

Ingredion’s first quarter ended March 31 delivered the best first-quarter results in South America since 2014, Mr. Zallie said. South America accounts for 17% of Ingredion’s total sales. Brazil’s economy has picked up after coming out of “almost depression-like macroeconomic challenges,” Mr. Zallie said. Argentina is dealing with interest rates at 40% and inflation at about 25%. Ingredion will watch how that situation might affect Argentine consumers and Ingredion volumes, he said.