NEW YORK — In a sign that it isn’t “shutting our eyes or ears or thoughts to any potential alternative where the customer wants to go,” the Kroger Co. last week partnered with Ocado, a U.K.-based online supermarket retailer. Under an exclusive partnership in the United States, Kroger will gain access to the Ocado Smart Platform, which includes online ordering, automated fulfillment and home delivery capabilities.

The partnership was a key talking point between Kroger company executives and analysts during a May 17 presentation at the BMO Capital Markets Farm to Market Conference in New York.

John M. Schlotman, executive vice-president and chief financial officer at Kroger, said the company is excited about the “continuously innovating” nature of Ocado and the possibilities it holds for Kroger.

“It’s not a static product that we’re buying or a static set of results or software that we’re licensing,” he said. “It’s something that we know is going to continue to improve.

“We really look at this three ways. Obviously, this is built as our online deliver-to-home solution in the U.S. It certainly gives us that capability and puts us in that game, and we can respond to the customers as they decide that’s an offering they want in the broader spectrum of the U.S. versus just primarily big acceptance in densely populated areas today. So we will have the capability to use this partnership with them to be able to respond to that customer’s desire. 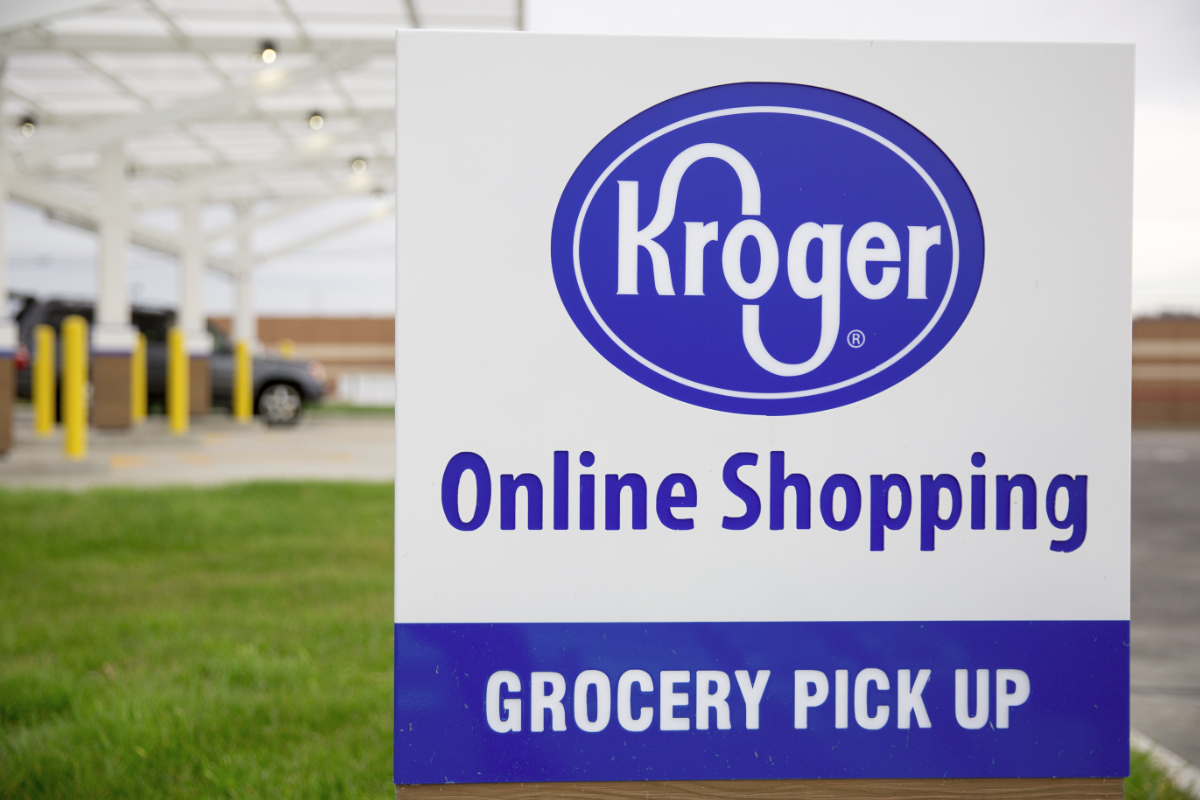 “The thing that made it attractive to us is even if customers don’t go there, these facilities have the ability to, perhaps, off-load ClickList picking from our stores and then to deliver those orders to the store to be picked up by the customer, taking that traffic off us having great, big carts at busy times of the day, picking orders to fulfill for ClickList orders, it can be disruptive to the shoppers in the store. This can be an escape valve for that. And the last element of it is the ability to supplement a few warehouses we have today that are piece-pick operations where less than a case of an item, or a particular item goes to the store at any point in time.”

Kroger and Ocado already have begun to work to identify three potential sites for development of new, automated warehouse facilities, or “sheds,” in the United States. Over the first three years of the agreement plans call for up to 20 potential sites.

“This arrangement is exclusivity in the United States. It’s not just in the parts of the United States where we have brick and mortar; it is in the entire country,” Mr. Schlotman said. “And we would have the expectation that these sheds will turn up in areas where we don’t have brick and mortar today, where the population may be more dense and home delivery is a bigger piece of the business and in a way to get into business in parts of the country we aren’t today. And then perhaps, figure out what brick and mortar you may need to supplement that. So it can be a two-pronged approach. I would say one of them will be in a market where we have great concentration of stores, and one of them might be a tweener where we have a decent share that the store can draw on but also a big enough geography where you can wind up seeing how you can deliver — or build the home delivery business in that world as well.”

"This now will allow us to react to how the customer may want to change their shopping habits over time in a big way, and that’s what’s most important to us." — John Schlotman, Kroger

The one thing Kroger isn’t going to do is shut its “eyes or ears or thoughts to any potential alternative where the customer wants to go,” Mr. Schlotman said.

“We all just assume we’re going to have more competition,” he said. “We build the business plan every year, assuming this year is going to be more competitive than the prior year. What’s most important for us is at the center of everything we do is our customer. This now will allow us to react to how the customer may want to change their shopping habits over time in a big way, and that’s what’s most important to us."