We use cookies to provide you with a better experience. By continuing to browse the site you are agreeing to our use of cookies in accordance with our Cookie Policy.
Home » Mediterranean staples shine in a variety of dishes

Mediterranean staples shine in a variety of dishes

CHICAGO — Americans’ growing appetite for global street food inspired dishes and plant-based protein is paving the way for falafel, deemed a “breakout star” of Mediterranean menus. This Middle Eastern mainstay, typically made with chickpeas, has grown 45% in restaurants over the past four years, according to Datassential.

“The trends are our friend,” said Catherine Porter, director of food service marketing at Grecian Delight Foods, an Elk Grove Village, Ill., supplier of gyros and specialty meats, tzatziki, hummus and spreads, and pitas and flatbreads.

The company’s falafel fritter earned an innovation award at the National Restaurant Association Restaurant, Hotel-Motel Show held May 19-22 in Chicago. Grecian Delight also was recognized for its garlic sauce made with strained Lebanese yogurt, which may be used as a dip or sandwich spread.

“While it’s an authentic sauce for shawarma or falafel, this is great on a steak or french fries or chicken,” Ms. Porter said. 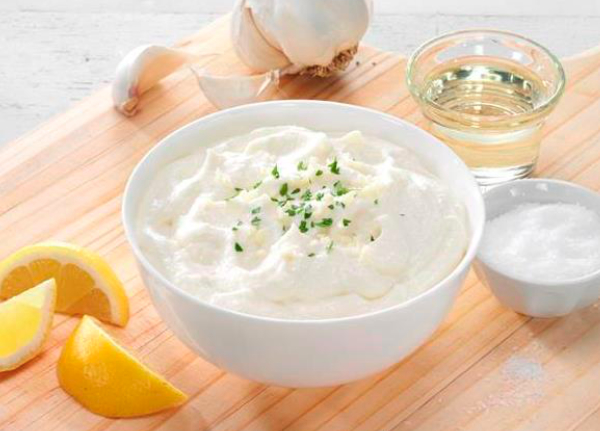 A signature spread is Feisty Feta, blending tangy feta cheese crumbles with tomatoes, green onions and spices. A new offering is skhug, a bright, spicy sauce of green chilies and cilantro. These condiments may be added in a range of applications already familiar to American consumers, such as sandwiches, loaded french fries or pizza, Ms. Porter said.

Restaurant operators may be creative in introducing and incorporating Mediterranean staples in core menu items. Tzatziki adds an ethnic twist as a topping for burgers or pizza or mixed into mashed potatoes or macaroni and cheese, Ms. Porter said. 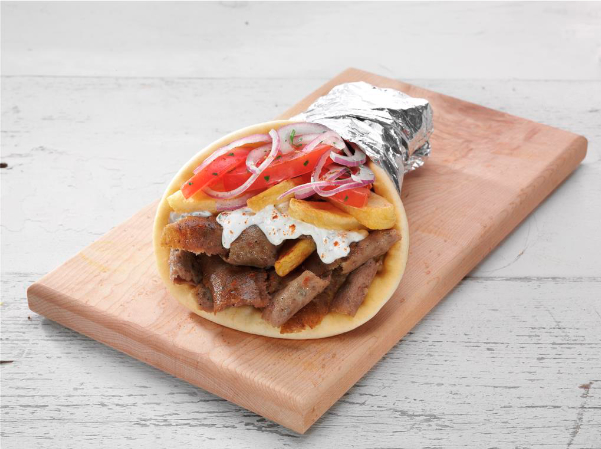 “Everyone’s trying to figure out what goes with sweet potato fries — you know it’s not ketchup, but you don’t know what it is,” she said. “Tzatziki works great.”

Gyro meat may be served on a salad, in an omelette or atop a plate of pita chips. Falafel fritters may be featured in bowls or shareable platters, tossed in buffalo sauce as a stand-in for chicken wings, or included in a breakfast hash with onions, peppers and a poached egg.