We use cookies to provide you with a better experience. By continuing to browse the site you are agreeing to our use of cookies in accordance with our Cookie Policy.
Home » Tate & Lyle to buy 15% stake in stevia company

“Sweet Green Fields continues to grow its business strongly, driven by our leading portfolio of stevia-based ingredients and solutions,” said Jingang (Jack) Shi, chairman of Sweet Green Fields, Bellingham, Wash., on May 24. “We are delighted to have the opportunity to strengthen our relationship with Tate & Lyle and take our business to the next level of success.”

The transaction this year includes a one-way option for Tate & Lyle to buy the business outright, Mr. Hampton said.

“Stevia is a key component of our sweetener portfolio, and this investment would strengthen our partnership, enhance our stevia offering and support Sweet Green Fields’ continued expansion and lease development program,” he said. “This transaction is the first example of what I intend to be increased M.&A. activity.”

One priority in future transactions would be strengthening Tate & Lyle’ s portfolio across sweeteners, texturants and fibers, Mr. Hampton said.

“This transaction is the first example of what I intend to be increased M.&A. activity.” — Nick Hampton, Tate & Lyle

“The second priority is to make sure we continue to strengthen our geographic presence,” he said. “A good example of that will be, as you know, we’re looking to grow our business in Asia. If you want to be a full-service player in texturants in Asia, it’s helpful to be in tapioca.”

For the first program, Tate & Lyle will focus on the three categories of beverages, dairy, and soups, sauces and dressings. The company also may focus on categories in each region where it has local expertise. Examples would be bakery in North America and Latin America, baby food in Europe, and snacks in Asia Pacific, Mr. Hampton said.

Examples of accelerating portfolio development would be developing external partnerships and alliances and emphasizing acquisitions and joint ventures. Tate & Lyle, for the third program, will target $100 million in productivity savings over the next four years. 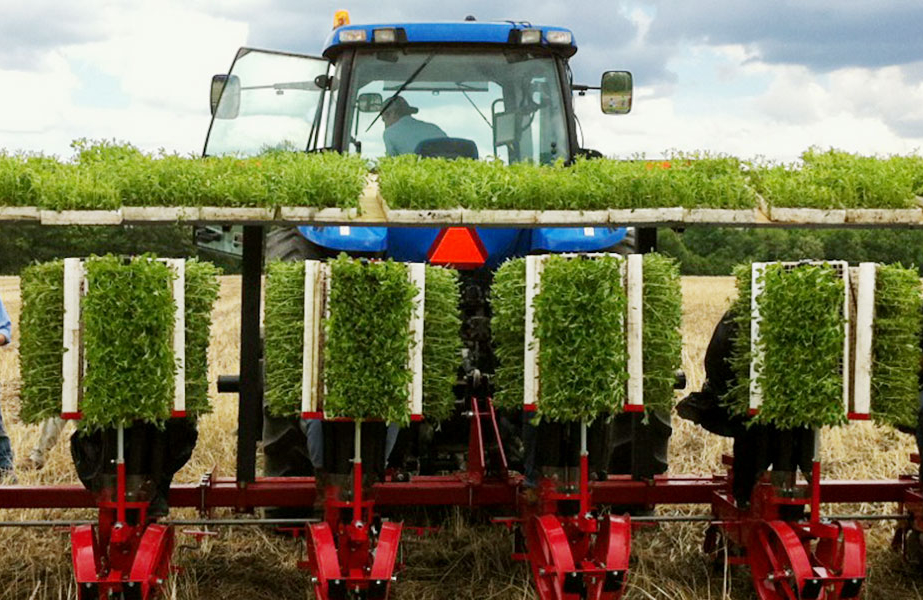 In Food and Beverage Solutions, adjusted operating profit of £137 million was up 5% from £129 million in the previous fiscal year. Sales of £850 million were up 2% from £834 million.

Within Food and Beverage Solutions, sucralose achieved operating profit of £55 million, up 6% from £52 million, and sales of £146 million, down 10% from £162 million. Sucralose volume dropped by 12%, which reflected the sale of excess inventory in the first half of the previous fiscal year. Sales of new products increased 15% to $121 million.

In North America in Food and Beverage Solutions, the overall U.S. food and beverage market remained flat with consumers increasingly seeking alternatives to traditional brands, which resulted in larger Tate & Lyle customers experiencing end market softness. Tate & Lyle’s volume in North America still grew 1% as the company continued to win new business in sub-categories across dairy, bakery, and health and nutrition. Tate & Lyle also developed its business in such channels as food service and own label while gaining share with larger food and beverage customers.

Tate & Lyle in its Primary Products division reported adjusted operating profit of £166 million, a 28% increase from £129 million in the previous fiscal year, and sales of £1,714 million, down 2% from £1,757 million. Profit in Sweeteners and Starches was £13 million higher with “robust” margins, mix improvements and cost management. Profit in Commodities was £24 million higher, reflecting market opportunities across co-products and corn sourcing.

Tate & Lyle in the current fiscal year expects to grow adjusted diluted earnings per share from continuing operations by a mid-single-digit range. The growth should be in the lower end of the range because of energy and transport cost inflation in North America and a strong year of commodities performance in fiscal-year 2018.