We use cookies to provide you with a better experience. By continuing to browse the site you are agreeing to our use of cookies in accordance with our Cookie Policy.
Home » Cage-free push behind large flock sizes; wholesale egg prices declining 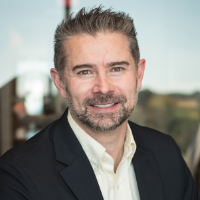 KANSAS CITY — An unusual combination of record-high retail wholesale egg prices amid the largest flock size on record appears to have hit a breaking point.

Shortly after the egg-centric Easter season, supermarket chains, most notably Walmart, ended the multi-month practice of featuring shell eggs prominently as loss leaders, which allowed retail prices to rise. Consumer demand fell, and continues to be limited, settling recently at a level not seen since prices spiked between May and July 2015 following an outbreak of avian influenza.

About 70% of all shell eggs are sold through retail channels. At present, retail outlets have little incentive to purchase more than basic coverage.

Flock sizes at U.S. egg farms continue to increase, partly in response to animal welfare groups’ push for cage-free hens. Farmers traditionally reduce their flock sizes in the summer months. But producers this year are likely factoring into expansion plans the U.S.D.A.’s projection of demand for 72% of all shell eggs to be from cage-free hens by 2025.

Moving forward, growth is likely to center on building the infrastructure for cage-free hens, but that process requires a significant capital expenditure and, typically, multiple years to complete. To take on such projects before sales numbers reflect demand gives some producers pause.

Given a choice, supermarket shoppers still choose conventional eggs more frequently, but cage-free production and sales are increasing. The estimated weekly egg production for non-organic cage-free layers in April was 17 million dozen, up 5% from 16.1 million dozen in March and up 45% from 11.7 million dozen in April 2017, the U.S.D.A. said. The challenge for many producers is to grow at a steady, controlled pace.

The flock size of layers housed conventionally has yet to decline. The total number of layers in the United States on April 1 was 387 million, up 3% from the previous year, of which 324 million layers produced table or market-type eggs.

Though restaurant chains featuring breakfast menus have influenced the move to cage free, more than half of cage-free egg purchases will come from the grocery sector. Kroger Co., Cincinnati, last year set a goal of transitioning to a fully cage-free egg supply chain by 2025 for its 2,782 stores. Trader Joe’s, Monrovia, Calif., which uses only cage-free eggs for its store brand, hopes to convert fully to cage-free egg sales nationwide by 2025.

Companies sourcing eggs as an ingredient are increasingly making cage-free commitments as well. Unilever, which has U.S. headquarters in Englewood Cliffs, N.J., said this year it will convert all of its egg supplies to cage-free by 2025.

Meanwhile, egg product prices remain markedly higher than a year ago. Whole egg products last week were more than double a year earlier, and yolk products, which led price gains in October and November, remain 33c to $1.35 a lb higher. Egg whites last week ranged from a little more than double a year ago (frozen) to nearly six times the May 2017 price (liquid). Dried egg white prices, which increased 63% from January to May, are $2.45 a lb higher than a year ago.