We use cookies to provide you with a better experience. By continuing to browse the site you are agreeing to our use of cookies in accordance with our Cookie Policy.
Home » Coca-Cola sees ways for sales to climb in changing landscape

Coca-Cola sees ways for sales to climb in changing landscape

PARIS — The changing landscape in the beverage industry has caught the attention of and prompted action by the Coca-Cola Co., said Kathy N. Waller, executive vice-president and chief financial officer.

“For example, consumer preferences around ingredients are changing,” she said June 13 at Deutsche Bank’s dbAccess Global Consumer Conference in Paris. “For some, it’s about less sugar or more natural or organic, and for some, it’s the transparency and (prominence) of our ingredients that end up in the beverages that they consume, and at the same time, the food and beverage industry is coming under greater scrutiny as governments look to use taxes and regulation to support municipal budgets and in some cases attempt to change consumer behavior. While we don’t believe discriminatory taxes are effective, we’ve been clear that, regardless of the rationale of the tax, we need to be part of that solution.”

“Over the past 10 years, we’ve done about 85 brand-related transactions,” she said. “The majority have exceeded our cost of capital and are performing well, but clearly our track record isn’t perfect. For those transactions that haven’t met our hurdles, we’ve scrutinized these deals to ensure we’d captured all the learnings, and we’re using those learnings as we assess future acquisitions, and we’ve also learned a lot from the success stories, a great example being Jugos del Valle.” 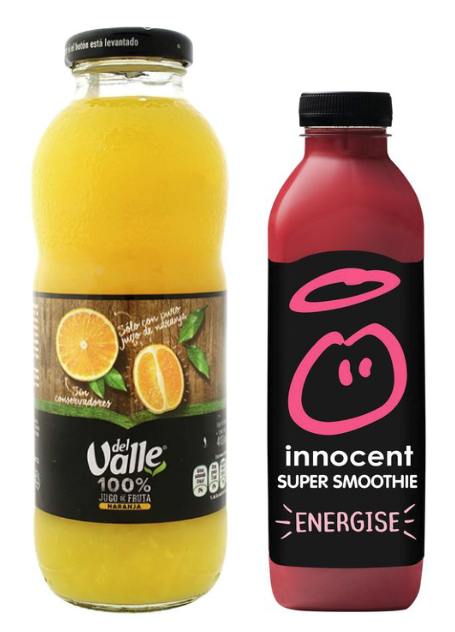 Jugos del Valle, at the time of the acquisition, was a strong juice brand in Mexico and Brazil.

“Since that time, we’ve leveraged the power of the system to not only expand its footprint into all major Latin American markets but also to develop a platform to accelerate growth across the portfolio through dairy, plant-based beverages, teas and premium juices,” Ms. Waller said. “Today, Jugos del Valle’s platform is worth five times its value at acquisition, and it’s grown profits by an average of 17% per year through top-line growth and significant margin expansion as it moves from a challenger brand to a leader.”

Innocent, since the acquisition, has grown from the No. 1 smoothie brand in the United Kingdom to the No. 1 chilled juice brand across Europe, tripling its revenue, she said.

“This brand is still very much a growth story well on the path to quality leadership and growing its value since the original acquisition,” Ms. Waller said.