WASHINGTON — When it comes to eating with an eye toward health concerns, priorities shift as consumers pass the 50-year mark, according to data released recently by the International Food Information Council. Cardiovascular health and muscle health/mobility rank atop decision drivers of adults over 50 years of age, eclipsing maintaining a healthy weight.

The conclusions were based on a recent IFIC study of more than 1,000 adults aged 50 or greater, research that was supported by Abbott Laboratories, a major health care company.

IFIC said weight management or weight loss generally come to mind when considering the connection between food and health and that the survey suggests priorities change with age. Weight issues ranked fifth, about the middle of the pack among 11 different choices

The large majority of adults make some effort to consume the correct amounts of certain nutrients and food groups, and about 60% said their eating and lifestyle behaviors were better than 20 years ago.

More specifically, 86% of respondents said they are endeavoring to replace less-healthy foods and beverages with more nutrient-dense options; 87% were trying to eat the correct amount of protein from a variety of sources; and 87% said they were trying to consumer the recommended amounts and a variety of vegetables. 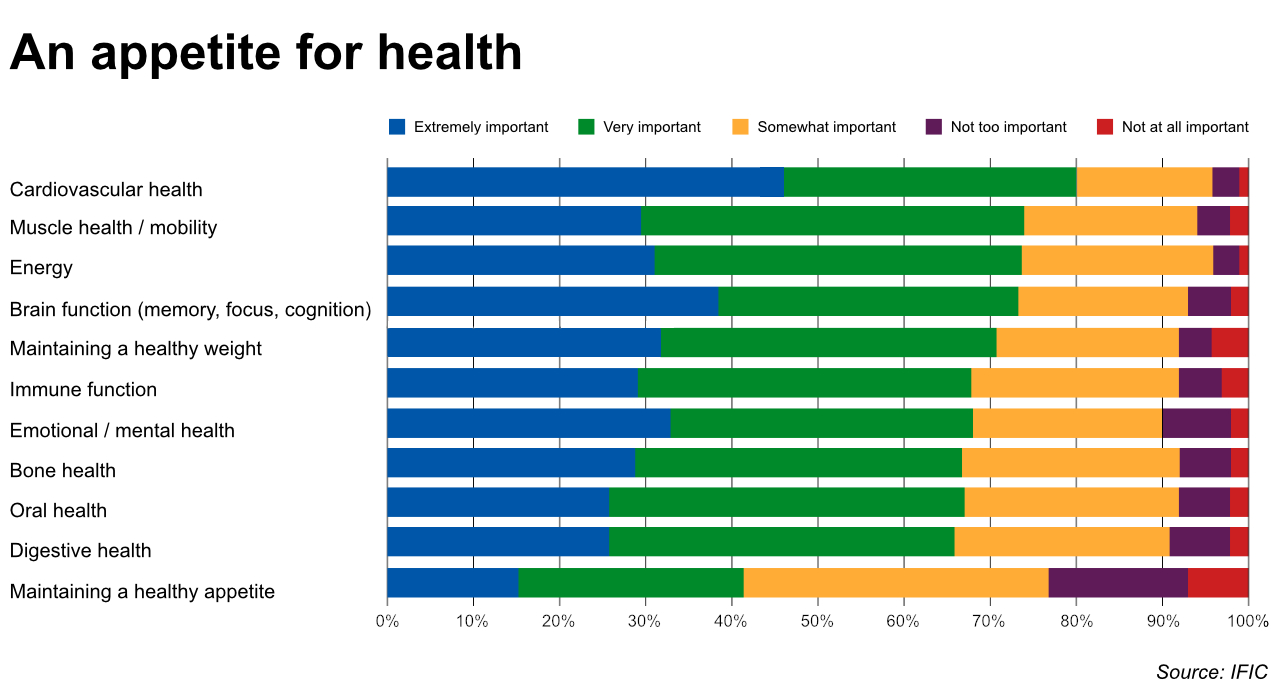 IFIC noted the respondents answered against a backdrop in which more than two-thirds of older adults manage more than one chronic disease.

“The IFIC survey shows that people are trying to get the right foods into their diet, but a recent study we did with The Ohio State University showed that more than one in three adults over 50 years old aren’t getting the recommended amount of protein each day,” said Abby Sauer, a registered dietitian at Abbott. "Good nutrition, with muscle-building nutrients like protein, is essential to help maintain your muscle health and live a healthy, active life at any age."

Even among adults over the age of 50, nutrition literacy is a challenge, IFIC said. About one third of respondents were unable to name a specific food or nutrient they would avoid as part of achieving their health goals. A quarter were unable to name a single food to add to their diets to help achieve their goals.

“Vegetables top the list of specific foods or components to seek out for all health topics (28%), with protein (18%) and fruit (17%), coming in second and third,” IFIC said. “Whole grains (5%) and dairy (3%) were less likely to be named as foods that adults seek out.” 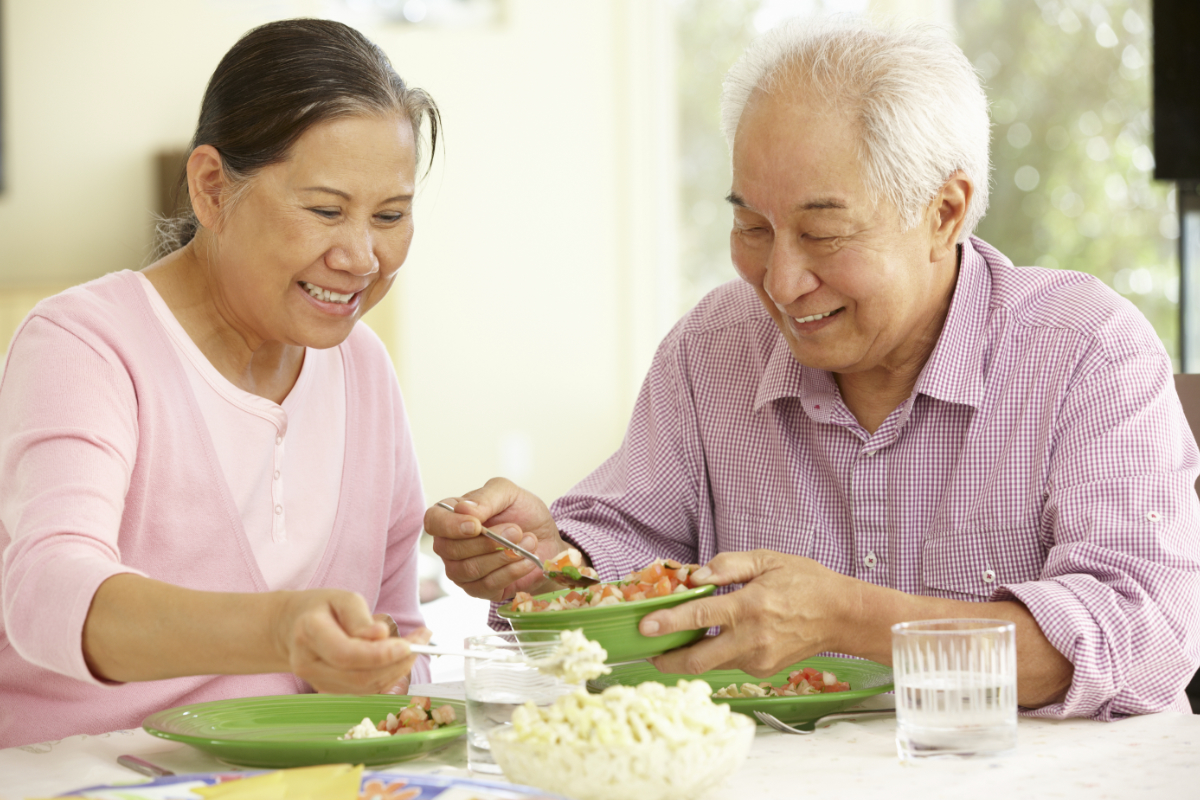 “When we remove the barriers of cost and time, that doesn't mean they will become facilitators of health eating,” said Alexandra Lewin-Zwerdling, IFIC vice-president of research and partnerships. “The research shows that the facilitators of a healthier society require larger systemic changes, starting with more education and better access to the right nutrition across the country.”

The online survey of 1,005 Americans was conducted between Jan. 30 and Feb. 9, with results weighted by age, education, gender, race and region to ensure the data were representative of Americans age 50 and older. While supported by Abbott, the survey was conducted by Greenwald & Associated using the consumer panel of Research Now.