We use cookies to provide you with a better experience. By continuing to browse the site you are agreeing to our use of cookies in accordance with our Cookie Policy.
Skip To Content
Home » DSM to produce fermented stevia full scale by 2020

LONDON — DSM first announced its fermentation-based stevia platform in 2014. Company executives gave updates on its upcoming commercial availability in a capital markets day June 20 in London. Supply for pilot tests should be available in the United States and Mexico in the second half of this year. DSM expects to ramp up to full-scale production in 2020.

The market for fermented sweeteners has the potential to eclipse €3 billion in sales by 2025 since fermentation is more sustainable and more cost-effective than traditional stevia sweetener production, according to DSM. While stevia may replace the sweetness of sugar in products, other ingredients may be needed to replace the texture that sugar offers.

“With our broad portfolio in other ingredients plus the application capabilities, we believe we can play a leading role in this area,” said Jeremy Xu Koninklijke, global president of DSM’s Human Nutrition and Health.

DSM, based in Heerlen, The Netherlands, expects to sell its fermented stevia to large corporations such as The Coca-Cola Co. and PepsiCo, Inc., said Christoph G. Goppelsroeder, president and chief executive officer of DSM’s Nutritional Products.

Other DSM initiatives that should come to market in 2019-20 include Clean Cow, which involves an ingredient designed to reduce methane production that comes from cattle, and Veramaris, which is a joint venture focusing on the sustainable production of omega-3 fatty acids from aquaculture. Since DSM is investing in these areas now, they have a negative EBITDA, but they will switch to a positive EBITDA, said Feike Sijbesma, c.e.o. of DSM. 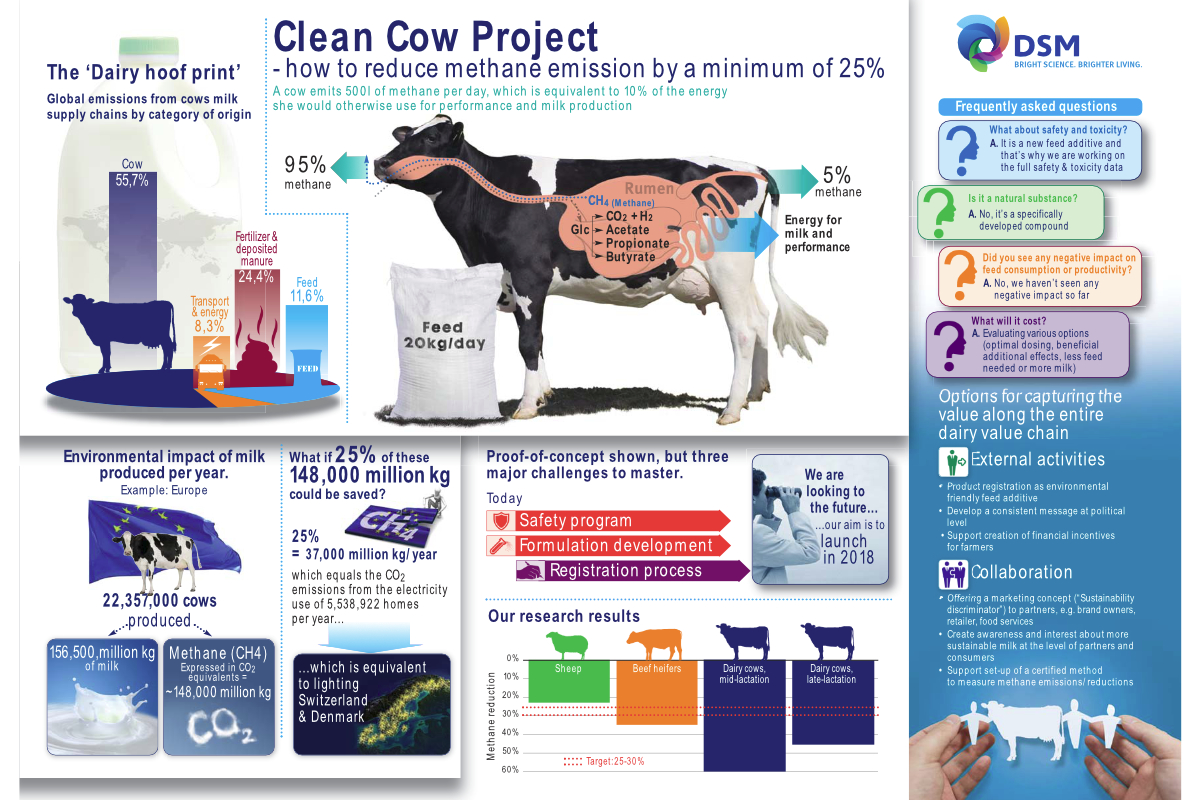 “Things which can be very, very big, and we are still struggling with giving the right figure (financial estimate),” he said.

DSM’s plans for 2021-25 include plant-based protein launches. DSM will position itself toward a nutrition, health and sustainable living company. The company has goals of organic top-line growth above the market and high single-digit adjusted EBITDA growth.