WASHINGTON — Lawrence Haddad and David Nabarro on June 25 were recognized as 2018 World Food Prize Laureates during a ceremony at the U.S. Department of Agriculture. Dr. Haddad and Dr. Nabarro were rewarded for their individual but complementary global leadership in elevating maternal and child undernutrition within the food security and development dialogue at national and international levels with the result of reducing the world’s number of stunted children by 10 million between 2012 and 2017.

“Like Dr. Norman Borlaug before them, Drs. Haddad and Nabarro have dedicated their careers to reducing hunger and malnutrition,” said Bill Gates, co-chair of the Bill and Melinda Gates Foundation. “Their work has deepened our understanding of nutrition’s impact not only on individual health, but on human capital and economic growth — compelling leaders in countries across the world to invest in evidence-based solutions.”

The World Food Prize is considered one of the most prominent global awards for individuals whose breakthrough achievements alleviate hunger and promote global food security. This year’s $250,000 prize will be divided equally between the two recipients.

On hand at the Laureate Announcement Ceremony were several presenters from the U.S. government, including Ted McKinney, U.S. Department of Agriculture Undersecretary for Trade and Foreign Agricultural Affairs; Bill Northey, U.S.D.A. Undersecretary for Farm Production and Conservation; Kenneth M. Quinn, president of the World Food Prize; and Manisha Singh, assistant secretary of state for Economic and Business Affairs.

“For their extraordinary intellectual and policy leadership in bringing maternal and child nutrition to the forefront of the global food security agenda and thereby significantly reducing childhood stunting, it is truly most fitting that Dr. Lawrence Haddad and Dr. David Nabarro join the list of illustrious scientists, policy officials and hunger fighters who have been named World Food Prize Laureates over the past 32 years,” Mr. Quinn said.​ 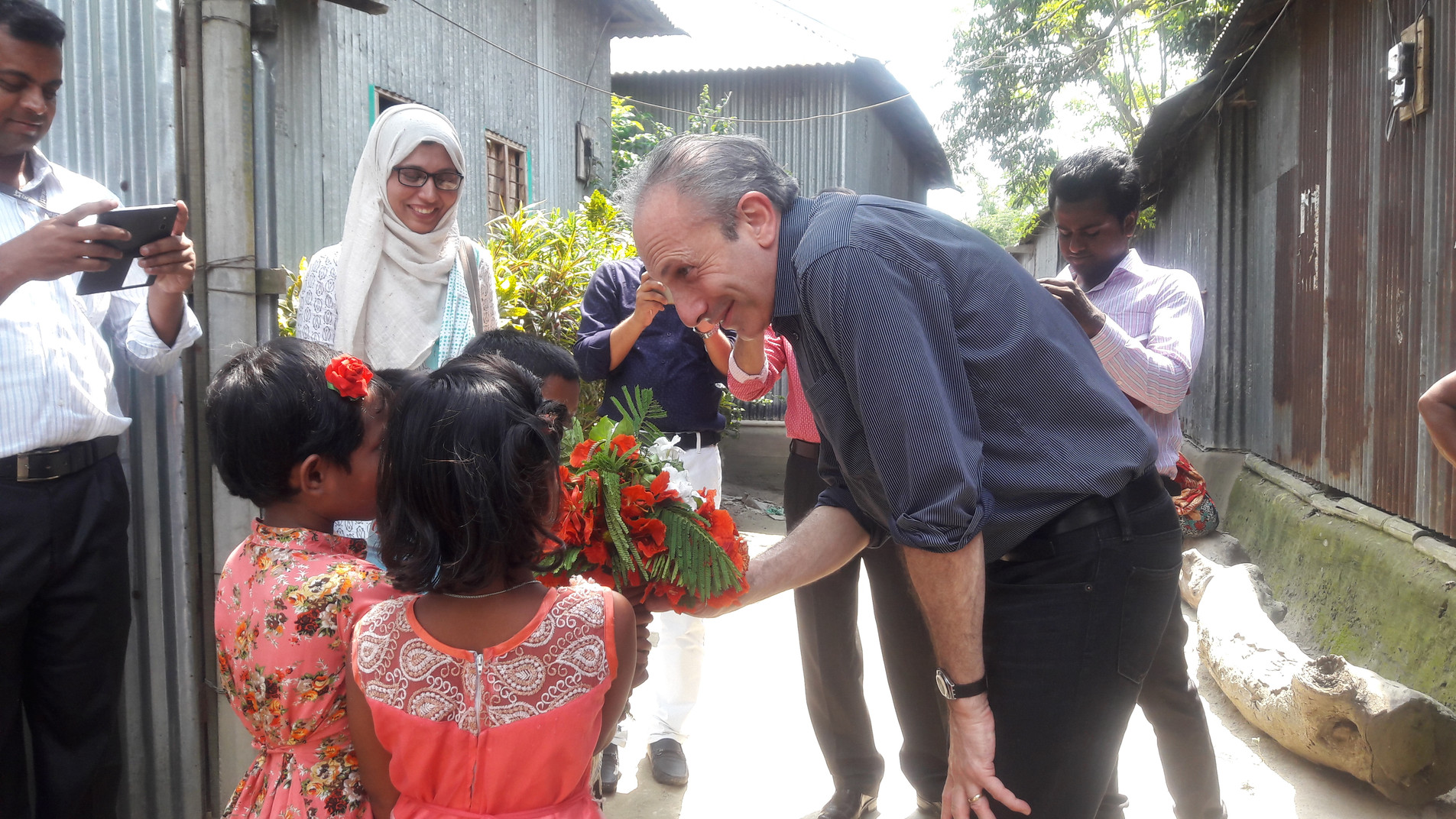 A pioneer in food policy research, Dr. Haddad brought the issue of nutrition to the forefront by using both economic and medical research to convince development leaders to make child nutrition an urgent priority in the global food security agenda while serving as head of the Institute of Development Studies (I.D.S.) in the United Kingdom from 2004 to 2014, according to the World Food Prize. In 2007, he and I.D.S. were commissioned by Save the Children to evaluate the Department for International Development and the European Commission on this commitment to improving nutrition.

From 2014 to 2016, he continued his work in nutrition by co-chairing the Global Nutrition Report, an annual review of the state of the world’s progress on nutrition that encouraged greater transparency and accountability among more than 100 stakeholders who had pledged $23 billion to the fight against malnutrition.

Dr. Haddad currently is executive director of the Global Alliance for Improved Nutrition, where he continues to lead private and public sector partners in improving nutrition outcomes.

“I dedicate this World Food Prize to the leaders, scientists and activists who are championing the principle that feeding the world is no longer enough — we must now nourish it,” Dr. Haddad said. “Good nutrition underpins individual health and national economic development. It reflects respect for human rights and a commitment to future generations. One in three people are malnourished, with no country exempt. Undernutrition — whether growth failure or micronutrient malnutrition — is falling too slowly, and conditions such as diabetes, hypertension and obesity are skyrocketing with poor diet at the core of these trends. That’s why the organization I lead, the Global Alliance for Improved Nutrition (GAIN), is striving to making nutritious and safe food more available, affordable and desirable for all — especially for the most vulnerable.” 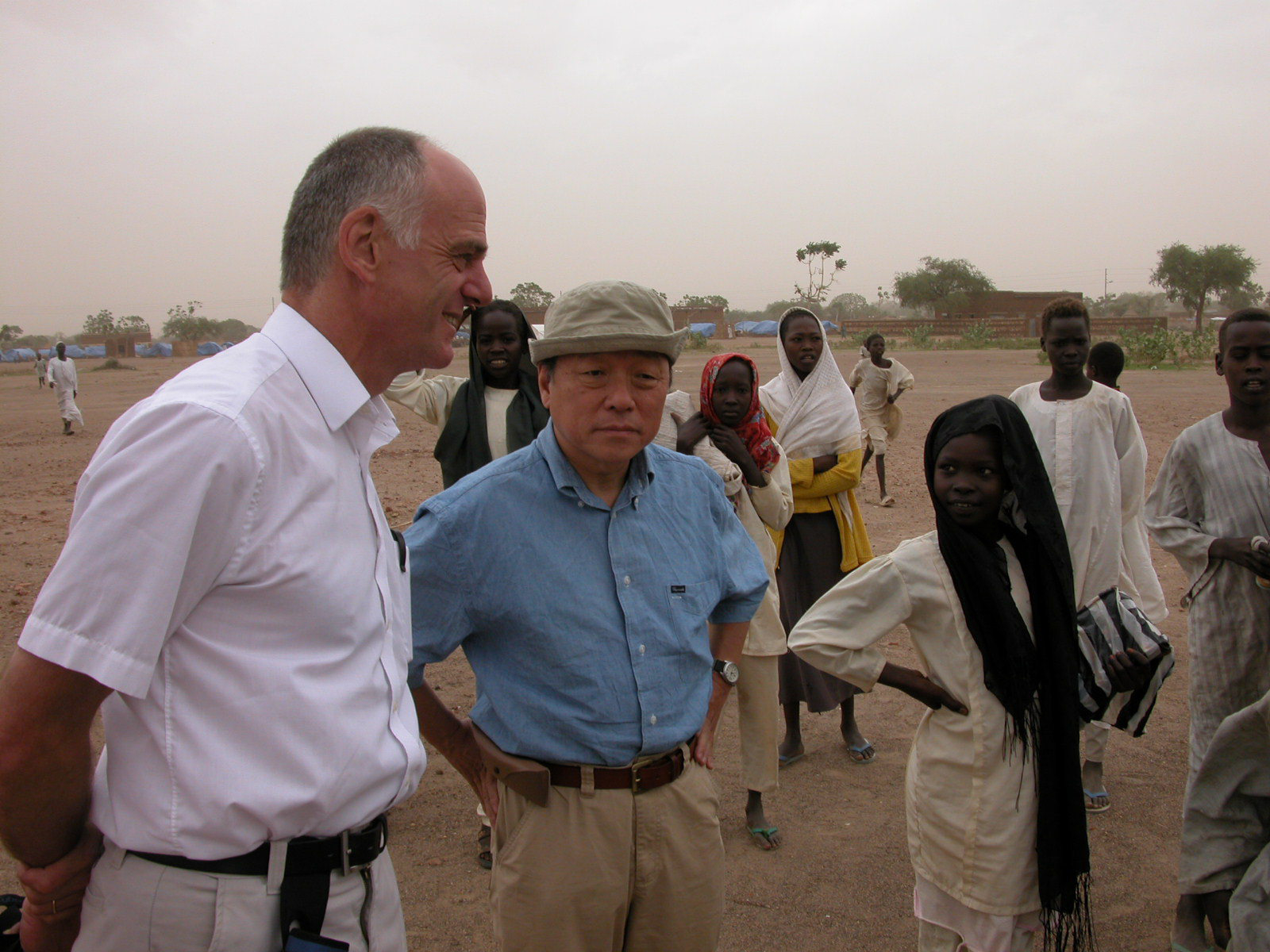 Dr. Nabarro, a champion of public health in the United Nations, was directly responsible for uniting 54 countries and one Indian state under the Scaling Up Nutrition Movement (SUN) to join forces and implement evidence-based policies and programs, according to the World Food Prize.

He was head of the U.N. High Level Task Force on Global Food Security in 2008 to 2014 and coordinator of SUN from 2010 to 2014. In these twin roles, Dr. Nabarro was able to bring together a broad group of stakeholders around nutrition and food security at the national, regional and global levels that included the leaders of dozens of countries suffering from high rates of malnutrition, the heads of U.N. agencies, representatives from donor groups and members of civil society organizations. Dr. Nabarro retired from the U.N. in June 2017, but continues to oversee SUN through his service on its advisory Lead Group.

“Great scientists like Dr. Norman Borlaug, and the Laureates that he supported, have always said that wisdom lies with the people,” Dr. Nabarro said. “As I receive this wonderful award, I reflect on the thousands of courageous women and men who are working at local level for food systems that are well-functioning and just. They have the wisdom needed to reduce levels of malnutrition or diet-related illness.  They can devise food systems that benefit people and the planet and that contribute to the 2030 Agenda for Sustainable Development. They are the transformation leaders of the future.”

Dr. Haddad and Dr. Nabarro will receive the World Food Prize at a ceremony in the Iowa State Capitol building in Des Moines, Iowa, on the evening of Oct. 18. The event is the centerpiece of the Borlaug Dialogue International Symposium, a three-day event that regularly draws over 1,200 people from 50 countries to discuss cutting-edge issues in global food security.