We use cookies to provide you with a better experience. By continuing to browse the site you are agreeing to our use of cookies in accordance with our Cookie Policy.
Skip To Content
Home » Sonic aims to woo women with blended burger

OKLAHOMA CITY — Earlier this year, Sonic Corp. set out to build a burger that would bring more female customers back to the drive-in chain. The Sonic Signature Slinger debuted in March, featuring a patty of beef blended with mushrooms on a brioche bun, with fewer calories than a conventional beef burger, said J. Clifford Hudson, chairman and chief executive officer of Sonic Corp.

The blended burger was Sonic’s answer to a decrease in visits by women, who have historically represented the brand’s core customer until about a year ago. That’s when Sonic shifted its promotional strategy to focus on more value-oriented offerings, Mr. Hudson said.

“While we drove some traffic with, I should say, a younger male, it was not necessarily loyal traffic, and the more we did that, we also seemed to be losing female traffic that has historically been a more core customer for us,” Mr. Hudson explained during a June 26 earnings call. “Fifty-eight per cent of our traffic transactions historically have been with women, and during happy hour, it’s much greater than that. So, one of the objectives this spring was to engineer that burger so that — design it in the first place so it would have a different kind of appeal and it could fit from a promotional standpoint.”

“This is the type of thing that from a media channel standpoint, the nature of the media, we’re being a little bit more strategically focused in trying to retain or regain customers that may not have been coming to us six, nine months ago,” Mr. Hudson said. 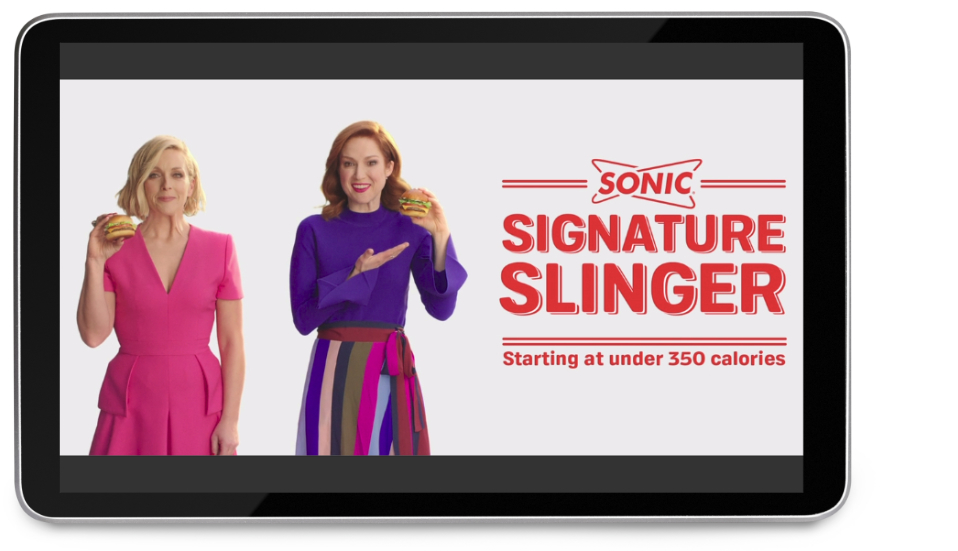 “Our third-quarter same-store sales did kind of nicely reflect accelerating sequential, meaning by month, improvement, including a system-wide increase of approximately 2.5% during May,” Mr. Hudson said. “And I think it’s important to point out that the increase in May was a result of a 370-basis-point increase in traffic.”

He added that unfavorable year-over-year weather conditions earlier in the calendar year masked improving trends in sales growth and traffic.

“With the weather headwind now hopefully behind us for the time being, we’re looking forward to being able to show ongoing improvement in traffic growth and with that, driving higher profit for our franchisees at store level,” he said. “It’s worth noting that same-store sales in the fourth quarter to date, our fourth fiscal quarter beginning June, that the same-store sales trends in this quarter have not diminished from May levels.”