We use cookies to provide you with a better experience. By continuing to browse the site you are agreeing to our use of cookies in accordance with our Cookie Policy.
Home » Volatility in freight market leads to price hikes

KANSAS CITY — Eighteen months ago, accelerated freight demand and fuel prices merged with diminished capacities and driver pools en route to higher freight rates, which was exacerbated by an Electronic Logging Device (E.L.D.) mandate in December 2017.  The off-ramp surely is ahead, transportation analysts said, but indications are slim as to how far down the road shippers might see relief.

“Major carriers all took double-digit rate increases in the first quarter, and most of that is going to drivers,” said Jim Ritchie, president and chief executive officer of RedStone Logistics, in his June 5 address at Sosland Publishing Company’s annual Purchasing Seminar in Kansas City.

Dry van loads increased 54% in January compared with the same period a year ago, while capacity declined 46% from January 2017, causing a 31% rate increase, according to statistics from FTR Research and DAT Solutions. Similar year-over-year increases were recorded for flatbed loads (up 63%, capacity down 34%, rates advanced 23%) and specialty loads (up 45%, capacity down 25%, rates ticking 2% higher). Refrigerated loads vital to the food sector more than doubled (up 112%) from January 2017, while capacity fell 26% and rates were 45% higher.

The extended rise in freight rates has become a significant challenge to the nation’s top food companies. Thomas P. Hayes, president and c.e.o. of Tyson Foods, Inc., addressed the issue at a May 16 conference.

“The freight element of this is no small matter,” Mr. Hayes said. “For the fiscal year '18, it’s going to cost us about $155 million because we can't catch up to what’s already past. We are into the market. We’ve been increasing our pricing in the market to cover freight. It’s not an easy discussion to have with customers. Nobody wants to have those. What we don’t know … is where it’s going to land, particularly as it relates to fuel costs going forward, that’s a bit of a headwind.”

Fundamentally, the biggest factor driving rate increases is inadequate capacity to handle a sharp spike in freight volume demand that has not tracked with traditional patterns.

“Demand typically follows a four-year cycle, and we should have had relief in 2018” but the predicted drop in demand has not occurred, Mr. Ritchie said. While no one knows for sure when freight rates will finally weaken, predictions are now stretching into the second quarter of 2019, he said.

Increased demand pressure has come from an oil and gas sector rebound — “fracking is back in vogue,” noted Mr. Ritchie — and strong economic growth encouraging manufacturers and retailers to hire more trucks to haul raw materials to factories and consumer goods from ports and plants to distribution centers.

Fleet utilization is at all-time highs and is expected to tighten. But some large carriers have taken capacity out of the market in the wake of the 2007-09 global economic downturn.

“Many (carriers) got hurt in the last recession and many said, ‘Never again,’” Mr. Ritchie said. “And their memories have been long” compared with past recoveries. 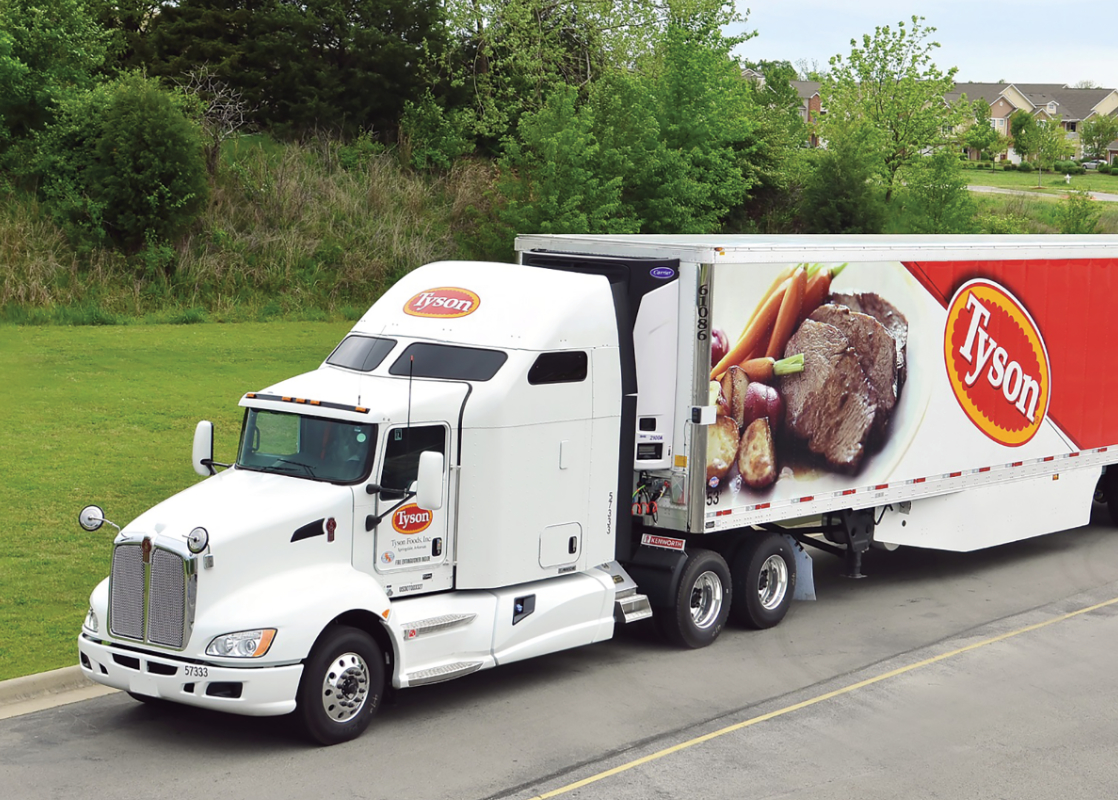 True effects of the April 1 enforcement date for electronic logbooks isn’t yet known, though some industry insiders have estimated 830,000 trucks were removed from the market because of E.L.D.s. Moving forward, it’s instructive to examine the experience curve of the few fleets that adopted E.L.D.s years ago.

“Most of them in the first year did take a pretty substantial hit, and we’ve got hard numbers from 5% to 15% about what it costs to make capacity,” Mr. Klemp said. “(Capacity) does turn back because enough people have done it long enough, that there’s a model that helps you adapt to going to electronic logging.”

New truck orders — traditionally a sign of capacity relief — were up in the fourth quarter of 2017. But carriers may simply be replacing and updating equipment to avoid maintenance downtime and as an incentive to bring new drivers on board.

“In trucking, our experience has been that when you get quarters that are running over 3% gross domestic product growth, you start to really get capacity strain,” Mr. Klemp said. “The problem with expanding capacity today is the fact that you can order trucks and trailers, but who’s going to drive them?”

Autonomous trucks in dedicated trucking lanes, driver-led autonomous convoys and hyperloops may someday ease the challenge, but for now a dearth of drivers is the biggest hurdle facing the sector. A driver pool that’s been declining since the early 1990s was less visible during the recession years when fleets were shrinking, and carriers increased driver experience requirements to 24 to 36 months on the road.

In the past two years, the experience criteria for some carriers has pulled back from a year’s worth of time behind the wheel of a big rig to six months in some cases, despite the higher insurance premiums they’re forced to pay.

And it’s not really made a difference. 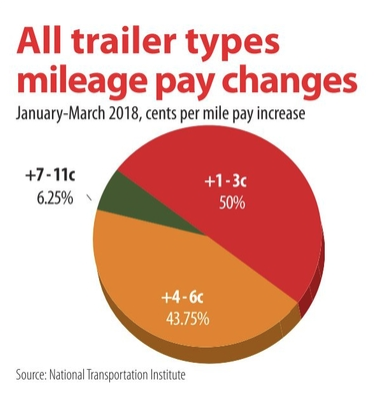 “Drivers simply aren’t there that are willing to do particularly long-haul, longer-run driving,” Mr. Klemp said. “And one of the ways the carriers have compensated for the fact that it’s hard to get people that want to go live in a truck for 30 days at a time or 3 weeks at a time, is they continually innovated and created regional fleets that get drivers home on a more dependable basis on a less-extensive timeframe.”

Another big incentive is driver pay, which is guided in the for-hire fleet market by driver supply, driver demand, capacity and freight rates. Driver pay traditionally has increased in cycles lasting between 32 and 40 months and at two tiers. For example, a group of carriers contracting cheaper freight adding 2c per mile and another group hauling more expensive freight bumping pay several cents more per mile. Over the cycle, those in the lower tier would slowly catch up with the higher tier, which would evolve again when freight rates called for it.

The current driver pay cycle began in December 2017 and is projected to last only nine months, wrapping up just as a second pay cycle begins in late August or September of this year. And analysis has shown pay increases tracking in three tiers for the first time ever.

“An even 50% of the for-hire groups in our tracking group moved up 1c to 3c (per mile), 44% moved 4c to 6c, and 6% moved 7c to 11c,” Mr. Klemp said. “Now we’ve got trifurcation in our pay. There is a group out there that looked at the market and said ‘we can probably control turnover by being more aggressive with pay and right now, the most important thing we can do is keep the drivers we’ve got. We think rates are probably going up, we’re playing a longer game here.’”

Turnover will become an even bigger issue in the years to come. N.T.I.’s surveys show the average driver age at 54.

“The fastest growing group we’ve had as a percentage basis for the past five years have been drivers 65 or older,” Mr. Klemp said. “The group just below that is growing, but the one that’s been shrinking is people over 35 and younger than 50. 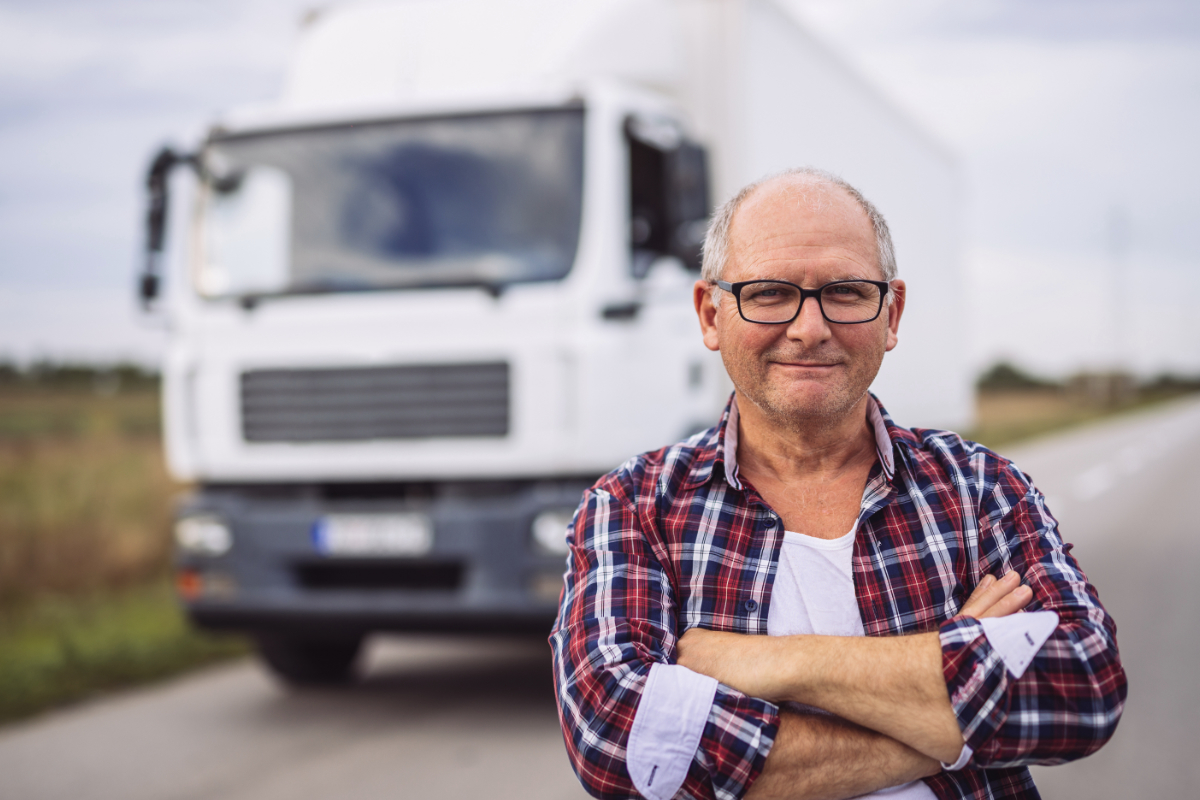 “For the next year, I’d be surprised if we didn’t hang close to somewhere between 90% and 100% turnover. A lot of turnover for drivers is driven by inefficiencies on the shipper side. So, if you go to a grocery warehouse, and your driver has to wait four hours to get unloaded, that’s money out of his pocket.”

Some shippers are paying detention pay when drivers can’t load or unload in a timely manner. High freight costs have compelled executives at the nation’s biggest food companies to re-examine supply chains and make adjustments.

“The one thing that we will certainly do is improve our performance and our waste in our plants,” Dirk Van de Put, chairman and c.e.o. of  Mondelez International, Inc., told shareholders in a first-quarter earnings call. “The freight and logistics, we are working on negotiating better — using private shipment as much as we can and switching to rail. But we will still see an effect of the cost of freight and logistics.”

A slow rise for interest rates should curb some market demand, Mr. Ritchie said at the Sosland Purchasing Seminar, but no one knows when relief will come. Until then, he said, companies can manage costs by considering substitution of for-hire fleets with private fleets and issuing controlled requests for proposals to resource carriers on a quarterly basis for problem lanes.

“It’s a little like ‘Indiana Jones and the Temple of Doom’,” Mr. Klemp said. “We’re kind of at full capacity right now, and we’re trying to figure out how we take the gold idol and get the sand on there at the same time, just a perfectly equal balance.”