We use cookies to provide you with a better experience. By continuing to browse the site you are agreeing to our use of cookies in accordance with our Cookie Policy.
Home » What's next from the company behind tomato-based tuna?

What's next from the company behind tomato-based tuna?

“Why tomatoes?” said Mr. Benzaquen during a presentation at the Summer Fancy Food Show. “The reality is tomatoes are rich in umami ... and umami is the same taste that is in tuna and rice and seaweed, all the things you find in sushi.”

Tomatoes are packed with glutamic acid, the source of umami flavor, and the ruby flesh matches that of raw tuna in such dishes as sashimi, nigiri, poke, tartare and ceviche.

“Over five years, he figured out how to get rid of all of that acidity and juiciness and create a firm texture and delicious tuna flavor,” Mr. Benzaquen said of Mr. Corwell, who created the concept out of concern for endangered fish species after attending a tuna auction in Tokyo. 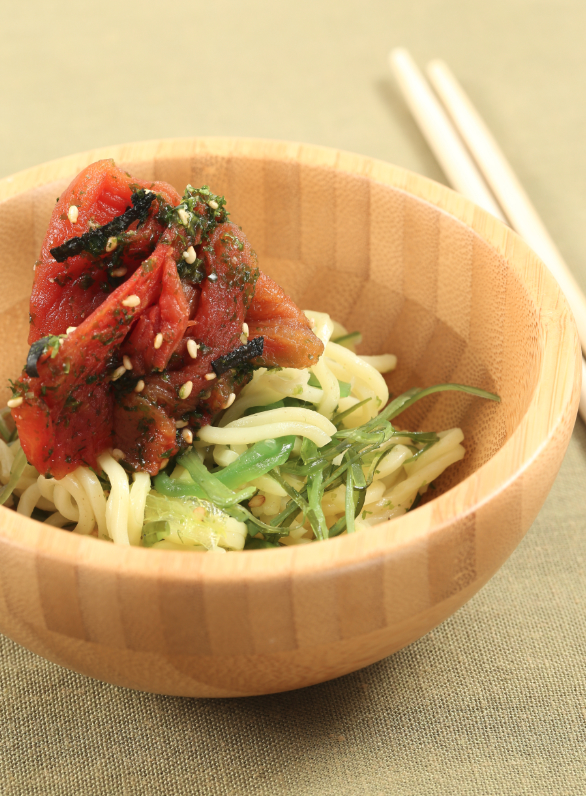 Ahimi is vegan and kosher, but it is not gluten-free because soy sauce contains wheat. Ocean Hugger Foods sells the product at about a third of the price of sushi-grade tuna, and some chefs pair it with fish in sushi rolls or poke bowls to cut costs, Mr. Benzaquen said.

“We are a company that is using innovation to drive this sustainable goal, but we’re also recognizing that consumers want clean ingredients, they want affordable foods,” he said. “And using tomatoes and selling them as raw tuna is both. Our ingredients are super simple, and people are moving toward more vegetables on the plate.”

The company faced significant hurdles early on, but after a recent streak of success, Ocean Hugger Foods is preparing to expand globally. The company plans to launch Ahimi in Asian and European markets next year, Mr. Benzaquen said.

“You don’t need to do years and years of consumer validation like big companies do, but you do need to listen and be ready to pivot,” he said.