We use cookies to provide you with a better experience. By continuing to browse the site you are agreeing to our use of cookies in accordance with our Cookie Policy.
Home » F.D.A. agrees plant burger ingredient safe to eat

REDWOOD CITY, CALIF. — Impossible Foods has received a no-questions letter from the U.S. Food and Drug Administration in which the agency accepts the unanimous conclusion of a third-party panel of experts that a key ingredient in the Impossible Burger is safe to eat.

Organizations such as the ETC Group and Friends of the Earth last year argued that Impossible Foods should pull its burger off the market until the F.D.A. agreed all its ingredients were safe. The F.D.A. in the no-questions letter said it had no questions about the Generally Recognized As Safe (GRAS) status of soy leghemoglobin/heme.

“Getting a no-questions letter goes above and beyond our strict compliance to all federal food safety regulations,” said Patrick O. Brown, M.D., Ph.D., chief executive officer and founder of Impossible Foods. “We have prioritized safety and transparency from day one, and they will always be core elements of our company’s culture.”

Redwood City-based Impossible Foods makes meat directly from plants. The plant-based meat contains soy leghemoglobin, a protein that carries heme, which is an iron-containing molecule that occurs naturally in every animal and plant. Heme enables the Impossible Burger to satisfy meat lovers’ cravings, according to Impossible Foods. 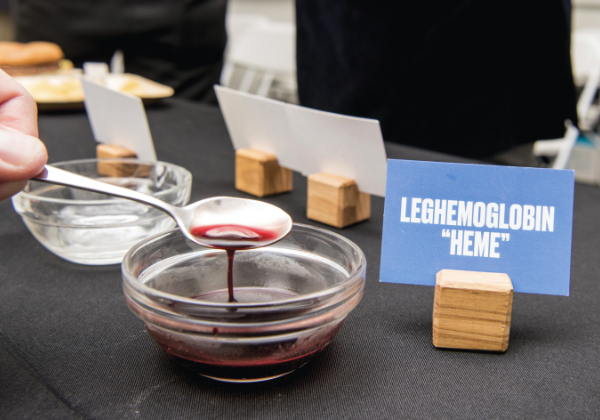 The F.D.A. in the no-questions letter also noted soy leghemoglobin could be considered a color additive in some potential future applications. The F.D.A. approves the use of food additives specifically for color through a separate regulatory process. Impossible Foods plans to engage in the process.