We use cookies to provide you with a better experience. By continuing to browse the site you are agreeing to our use of cookies in accordance with our Cookie Policy.
Home » Pretzel performance standing out in snacks segment

KANSAS CITY — Twists, sticks, braids, crisps and sandwiches are all types of pretzels making their mark in the marketplace.

In the 52 weeks ended June 17, dollar sales of the pretzels category totaled $1,238,305,536, up 1.5% from the same period a year ago, according to Information Resources, Inc., a Chicago-based market research firm.

Meanwhile, the U.S. salty snacks market, in which pretzels play a key role, is forecast to grow to $29 billion by 2022, up from $24 billion in 2017, according to a new report from market research firm Packaged Facts.

In the report, “Salty snacks: U.S. market trends and opportunities,” Packaged Facts identifies several avenues for growth over the next five years, including a trend toward healthy and nutritious products that deliver on taste. New taste and flavor combinations also are expected to flourish, as will “better-for-you” snacks that feature alternative ingredients and different proteins, grains, vegetables and superfoods. 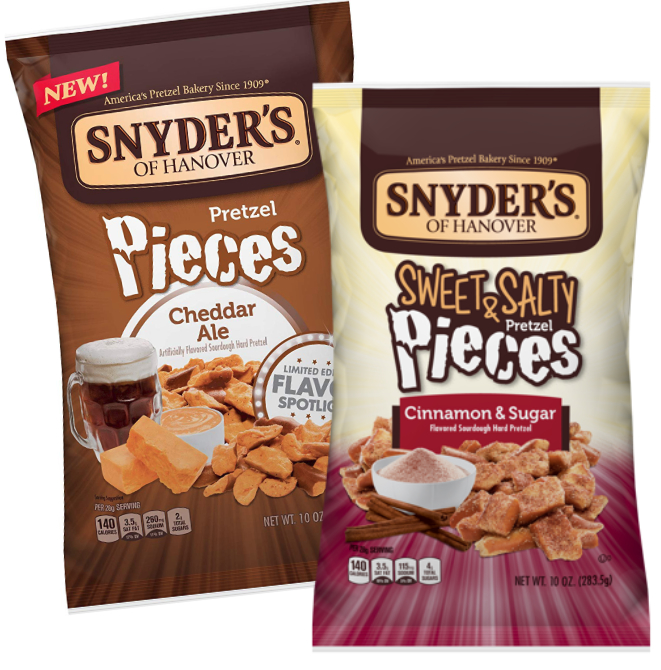 “In recent years, more consumers have moved away from the traditional three meals per day and shifted into a lifestyle involving increased snacking, or multiple smaller meals, throughout the day,” said David Sprinkle, research director for Packaged Facts.

The research firm said salty snacks grew at a compound annual growth rate of nearly 4% between 2012 and 2017, benefitting from prime placement in vending machines, grab-and-go retail outlets and checkout lanes in grocery stores.

The category faced competition from other snacks, such as chocolate and non-chocolate candy, cookies and crackers. Also providing pressure has been ramped up innovation featuring nuts, seeds and dried and fresh produce, Packaged Facts said.

“Here at Snyder’s of Hanover, we are in the business of snacking, so it’s vital we provide consumers with new and innovative products that fit into their daily lives,” said Shundrikka Owens, vice-president of marketing for Snyder’s of Hanover. “We take pride in the fact that we are able to produce flavorful, on-trend choices made from the highest-quality ingredients while staying true to our roots.” 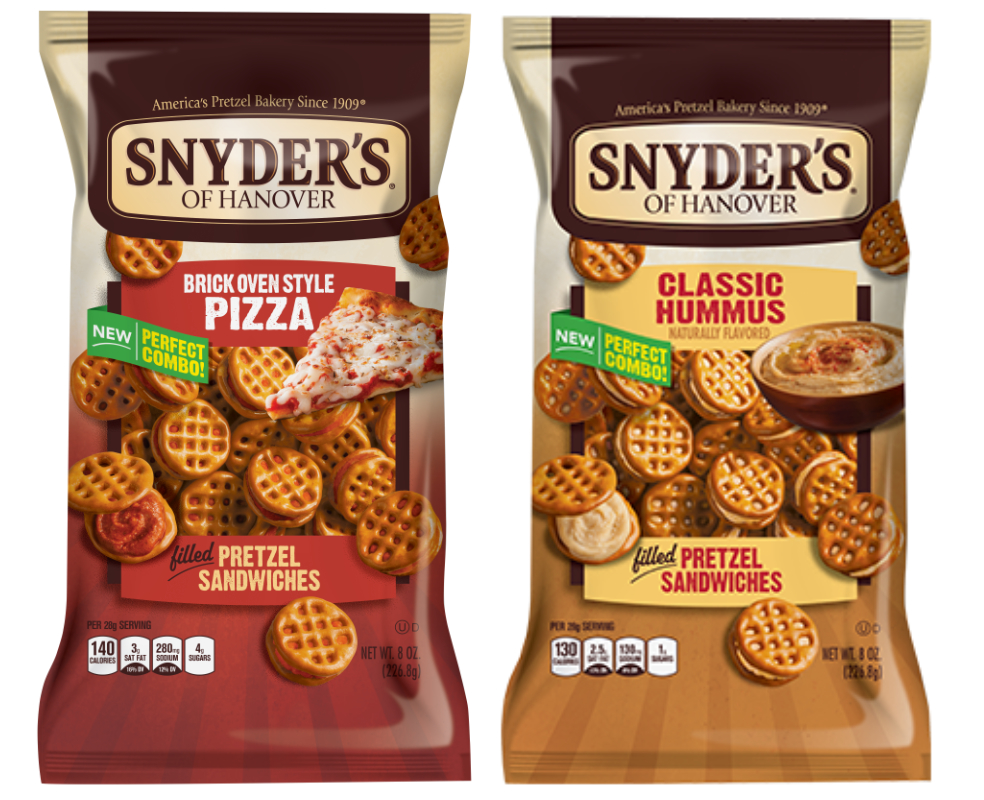 Rold Gold, the flagship pretzel brand of Plano, Texas-based PepsiCo, Inc.’s Frito-Lay division, looked to set the pretzel market on fire earlier this spring with the introduction of Flamin’ Hot Thin Crisps. The flavor has performed well for Frito-Lay’s Cheetos brand, and the company said adding it to its pretzel thin crisps made sense for consumers looking for an added layer of heat.

“Flamin’ Hot is a longtime fan-favorite — it’s become a part of pop culture in many ways so we’re thrilled to bring it to Rold Gold,” said Jeannie Cho, vice president of marketing, Frito-Lay North America.

PepsiCo will need more innovation like Flamin’ Hot Thin Crisps to boost its overall pretzel sales. In the 52 weeks ended June 17, dollar sales of Frito-Lay pretzels totaled $161,727,968, down 3.5% from the same period a year earlier. 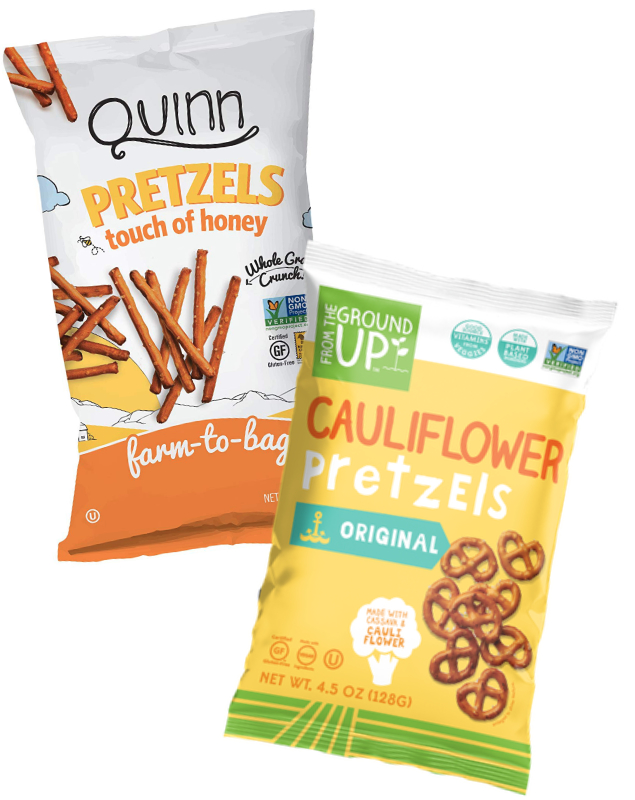 Quinn Pretzels feature a Kansas-grown sorghum flour, which the company described as a “highly drought-tolerant and water efficient crop and more environmentally sustainable than many other sources of grain.”

Another unique feature to Quinn Pretzels is its use of a “Farm-to-Bag” ingredient transparency tag on the front of each bag of pretzels. Every bag of Quinn Pretzels has a batch number that can be searched on the company’s web site to see all the ingredient details.

“Knowing where your food comes from is fundamental, and it’s about time snack companies open up,” said Kristy Lewis, founder and chief executive officer of Quinn Snacks.

Another company taking the health and wellness approach with pretzels is From the Ground Up, a brand owned by Halen Brands, Inc., Fairfield, N.J. At this year’s Sweets & Snacks Expo, which took place in Chicago from May 22-24, Halen Brands exhibited a line of pretzels made from cauliflower. According to the product’s ingredient panel, the pretzels are made from cassava flour, cauliflower flour, non-G.M.O. corn starch, non-G.M.O. expeller pressed canola oil, cane sugar syrup, yeast, salt, and vegetable blend (spinach, broccoli, carrots, tomatoes, beets and shiitake mushrooms).

From the Ground Up Cauliflower Pretzels with Sea Salt took home the gold prize in April as a 2018 sofi Award winner in the savoury snack category. The award was presented by the Specialty Food Association and is judged on by 58 judges from across the food industry.