We use cookies to provide you with a better experience. By continuing to browse the site you are agreeing to our use of cookies in accordance with our Cookie Policy.
Home » WhiteWave acquisition pushes back headwinds for Danone

PARIS — Performance from products in the recently acquired WhiteWave Foods Co. helped Groupe Danone withstand several headwinds in the first half of 2018. Net income rose 21% despite rising PET and freight costs as well as a consumer boycott in Morocco, where sales plunged about 40%.

Danone completed its acquisition of WhiteWave in April 2017. In the first half of 2018, Danone delivered sales growth above 5% in plant-based products in North America as well as yogurt and coffee creamers, which together account for about 75% of the former WhiteWave business, said Cécile Cabanis, chief financial officer, in a July 27 earnings call.

“This great momentum confirms the strong rationale for the WhiteWave acquisition and strengthens our confidence in the value-creation potential from this move,” she said. “It shows that WhiteWave is a high-quality business, accretive to our models with brands that are strongly complementary to our own. It has fit well with Danone's operation in North America.”

In the United States, freight costs rose about 20%. An increase in crude oil led to cost inflation of about 20% in PET for bottles.

The situation in Morocco will continue to weight on Danone’s performance in the second half, Ms. Cabanis said. 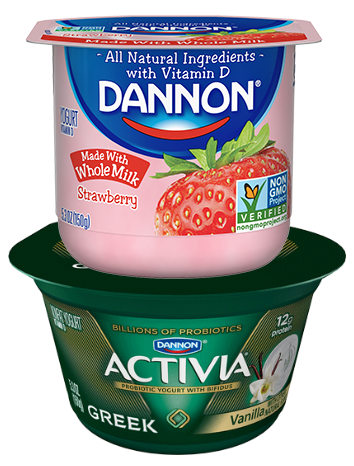 “We are studying how to make the relevant changes to our fresh pasteurized milk model in response to the consumer environment, where purchasing power is under pressure, and we are fully ready to offer greater transparency and engaging in consumer dialogue, which, we hope, will be an important first step to restore the situation,” she said.

In Essential Dairy and Plant-Based North America, sales of €2,439 million ($2,844 million) were up 24% from €1,970 million in the same time of the previous year. Yogurt sales increased. Plant-based foods and beverages delivered high single-digit growth both in volume and sales.

In Essential Dairy and Plant-Based International, sales fell 6.3% to €4,115 million from €4,392 million as the Moroccan consumer boycott, spurred on by rising food prices, had a negative effect. Danone said it committed to bring economic changes for fresh milk, including selling at cost, in the North African country. Sales continued to decline in Brazil, where a truckers’ strike came amid already difficult market conditions. Excluding Morocco, Essential Dairy and Plant-Based International had sales growth of 0.4% in the first half.