“…industry environment within the commodity big bird deboning segment during Q2 was counter seasonal and very challenging,” said William W. Lovette, president and chief executive officer, during an Aug. 2 conference call discuss second-quarter results. “Even though supply of large bird deboning volume was only marginally up compared to a year ago, based on our analysis of public market data, we believe retailers in general are featuring less chicken in favor of more beef and pork to drive their top-line performance, which had a measurable impact on overall chicken demand at retail. While this dynamic was not materially affecting the market balance of the case-ready birds, it was impacting the supply and demand with the commodity sector.”

Adding to the challenges the company faced was a volatile grain market. The company took a one-time charge of $24 million related to derivative losses.

“…During the development and growing season for corn and soybeans, given the drought conditions that South America experienced and the lowering of the carryouts by U.S.D.A., we thought it prudent to hedge our grain purchases with buying commodities futures contracts,” Mr. Lovette said. “And we did that at the beginning and throughout the mid-part of the quarter. 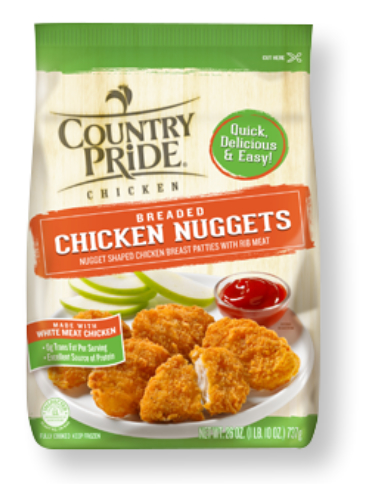 “Our commodity team did a great job, as I said, in rolling those features into physical corn and soybean meal on forward purchases. And so even though we took a onetime mark-to-market loss on those futures contracts, what we have now is forward but physical feed ingredients at prices under the current market, and we have that position well into the harvest season.”

Supporting earnings during the quarter was improved performance in prepared foods, which saw sales rise 13% and volume rise 6%, according to the company.

“During the past few years, we’ve been investing in our U.S. prepared foods plants, operations and our people to expand our capacities and our capabilities,” Mr. Lovette said. “We are continuing in the build-out stage for innovation, marketing to drive strong growth for the future. The investments and focus have driven the increase in performance and potential for further growth remains. We remain fully committed to prepared foods to give us an improved margin profile by reducing earnings volatility.”

In September 2017, Pilgrim’s Pride acquired Moy Park, a poultry processor and prepared foods manufacturer based in Northern Ireland. Mr. Lovette said the integration process is “going well” and the company is ahead of its $50 million synergy targets. A new business that is a part of Moy Park is a position in plant-based protein.

“The plant-based protein market is growing strongly in the U.K. as a part of a wider flexitarian diet approach, and we believe the innovation we’re developing in Europe can be adapted to other markets we’re in, giving us yet another way to tap into the consumer desire for an alternative form of protein,” Mr. Lovette said. “Plant-based protein product range of Moy Park includes veggie burger, spring rolls, taquitos, cheese sides, veggie ingredients, donuts and pies for food service and retail channels. Although still small, we expect volume from this segment to grow strongly over the next few years driven by robust consumer demand. We continue to support our customers’ development and expect to see further growth this year by interest in meat-free snacking.”

For the rest of the year, Mr. Lovette said he expects the outlook for chicken demand in the less commoditized segments this year to remain solid overall as supply and demand remains in good balance.

“With the U.S. economy continuing to be strong, very low unemployment together with higher disposable incomes, households are looking for better quality, higher-priced cuts of meat and also, more overall consumption,” he said. “While U.S. retailers are putting more emphasis on competing protein in terms of feature activities, we believe our relationships with key customers give us an added level of protection. Globally, chicken remains the fastest-growing protein in demand and U.S. chicken continues to be very competitive.”