We use cookies to provide you with a better experience. By continuing to browse the site you are agreeing to our use of cookies in accordance with our Cookie Policy.
Home » Kraft Heinz boasts ‘strongest innovation pipeline’ in its history

PITTSBURGH — In its three-year history as a combined company, the Kraft Heinz Co. has “by far, the strongest innovation pipeline we have had in place,” said Bernardo Hees, chief executive officer. Recent launches include Planters Crunchers seasoned crispy coated peanuts and Just Crack an Egg, a line of breakfast products. A new collection of Lunchables Around the World varieties include Mexican-style chicken tacos, Asian-style barbecue chicken and Italian-style chicken. The company also recently relaunched Planters Cheez Balls and Cheez Curls for a limited time following a 12-year absence from grocery store shelves.

“Our focus is on incremental volumes and mix improvement coming from new products, like Lunchables Around the World flavorings, Oscar Mayer plates, Just Crack an Egg, Heinz Real Mayonnaise as well as Planters, where we brought back consumers’ favorite, Cheez Balls and Cheez Curls, for a limited time,” Mr. Hees said during an Aug. 3 conference call with securities analysts. “In addition, we are planning stronger in-store activity as we move forward, including back-to-school, behind mainstays like Oscar Mayer, Kraft Cheese, Lunchables and Capri Sun as well as continue Philadelphia’s growth with strong holiday program.”

Net income attributable to common shareholders of Kraft Heinz in the second quarter ended June 30 was $756 million, equal to 62c per share on the common stock, down from $1,159 million, or 95c per share, in the year-ago period. The decline was primarily due to non-cash impairment charges in the latest period versus non-cash curtailment gains recognized in the prior-year period. 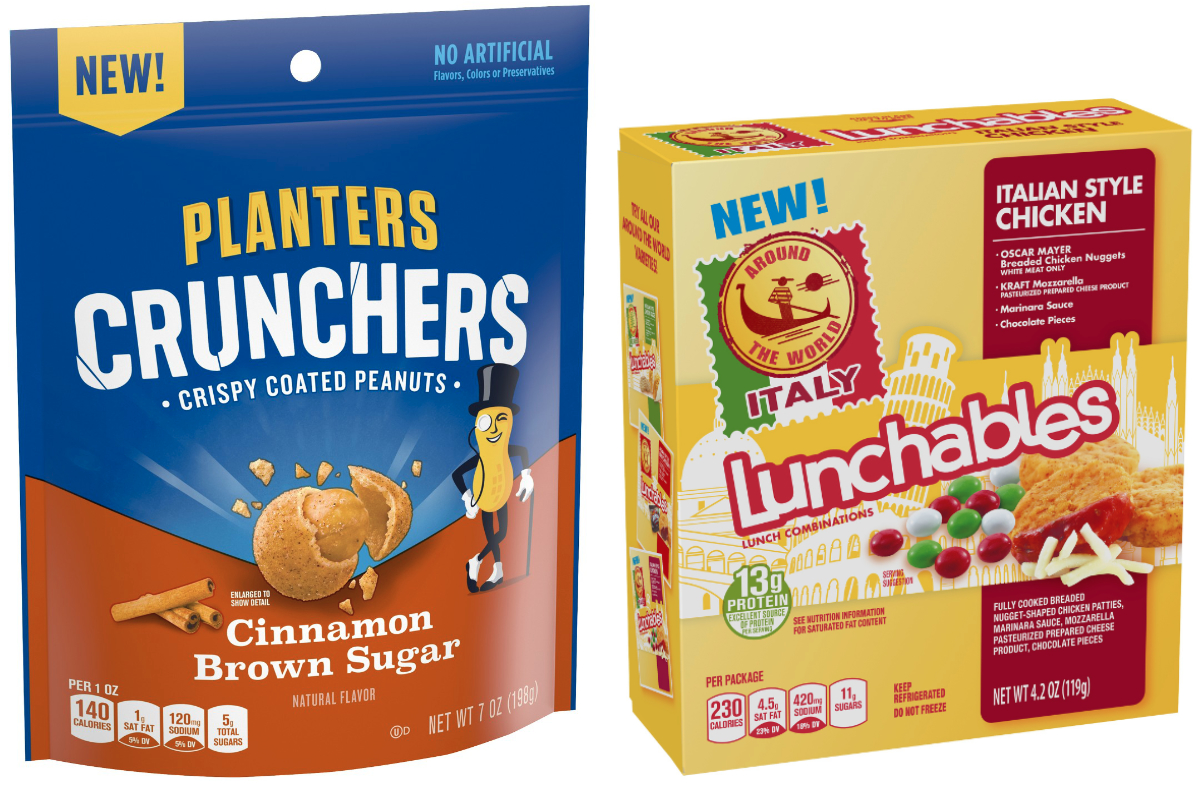 “The transitory factors that led us to be cautious on the near-term sales played out much as expected, including the headwinds in United States from Planters and Ore-Ida and the impact from retail inventory change in Canada,” Mr. Hees said. “That said, we delivered slightly better net sales than expected. This was driven by encouraging ongoing improvement in retail consumption trends in most countries and most categories as well as strong food service performance in a number of key countries.”

“As expected, Planters and Ore-Ida had a negative impact of approximately 1.5%,” Mr. Knopf said. “And the combination of trade spend timing and Easter shift was roughly 1 point of headwind to Q2 net sales. Excluding these factors, underlying U.S. consumption again exceeded reported results and showed a slight sequential improvement from Q1. And I would add that consumption has continued to improve based on the data we’ve seen so far for July.”

“... I think it’s worth repeating the thoughts that we’ve expressed all year, that we’re developing capabilities to create brand and category advantage to achieve profitable growth; that we’re investing aggressively now in order to see the benefits sooner; and that these factors will shape our near-term results in 2018 and will drive sustainable, profitable growth into 2019 and beyond,” Mr. Knopf said.