In the eye of the free-from storm

CHICAGO — With a growing number of Americans avoiding what seems to be a long list of foods and ingredients, Starbucks Corp., Seattle, now informs customers that there’s no guarantee a beverage will be void of allergens or anything else that might be found in its stores. The baristas have not changed any practices. What the company has done is remove the dairy label from its steaming and blending pitchers to be transparent in the fact that beverages are made using shared equipment.

The change went into effect July 10. The stores also now state on menu boards that there’s always the possibility of cross contamination.

Why remove the labels? Starbucks made the change in the name of transparency. The company does not want to give a false sense of security to anyone with food allergies. The removal of the sticker conveys how the pitchers are realistically used. As a standard, baristas use a rinsed pitcher for each beverage, but that does not prevent cross contamination. 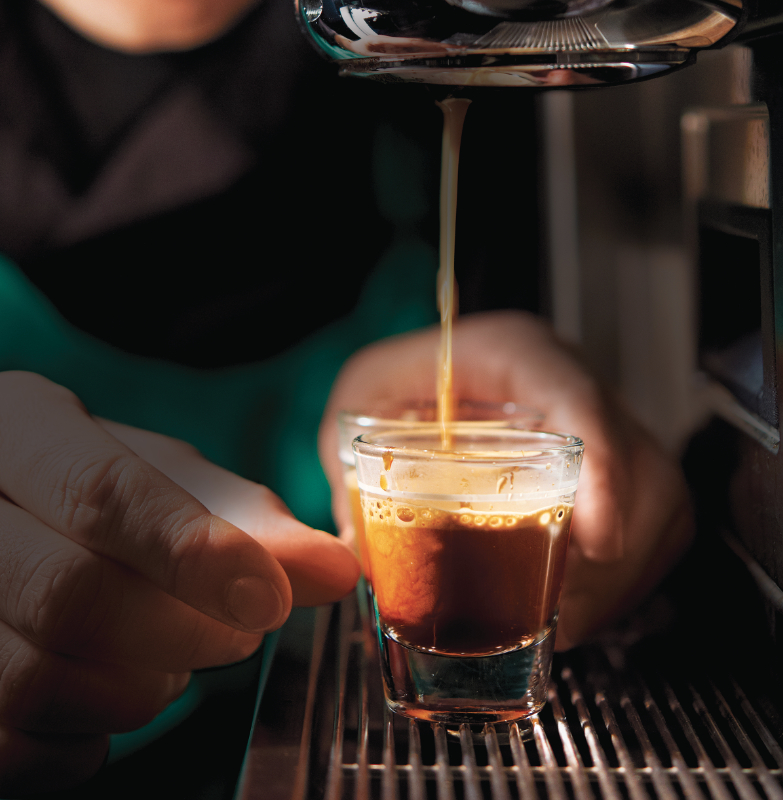 Such transparency is paramount in managing consumers’ expectations in the growing free-from movement. It is being addressed both by regulation and a rise of voluntary claims marketers make on packages and media.

For Starbucks, the greatest concern is cross contamination from two major allergens: dairy and soy. These are the only two of the eight food allergens identified by the U.S. Food and Drug Administration that are used in the company’s beverages. Some of the other six allergens — egg, fish, peanuts, tree nuts, shellfish and wheat — may be found in its baked foods and prepared foods. For Starbucks customers avoiding specific foods and ingredients, the only free-from guarantees are in commercially packaged foods.

Beyond the eight allergens, other free-from claims shoppers seek include gluten-free and lactose-free, for those with intolerances or sensitivities, as well as claims such as no genetically modified organisms and no added hormones, for those with food production convictions. Many consumers look for free-from artificial ingredient claims. Another popular claim is free-from added sugars. The list is extensive and continues to grow as consumers explore the relationship between food and health and wellness benefits.

“In pursuit of their quest for long-term quality of life, America’s consumers are shifting their views on dieting and approaches to eating more healthfully,” said Laurie Demerrit, chief executive officer, The Hartman Group, Bellevue, Wash. “Nearly every consumer today has some kind of dieting ideology that they currently practice. Whether vegetarian, paleo, flexitarian or gluten-free, American eating habits are much more nutritionally intentional than in a former era composed largely of short-term crash diets, silver-bullet products and eating to look good.”

Forty-four per cent of consumers have experimented with some type of diet or eating approach in the past year, according to the market research firm’s Health + Wellness 2017 report. Eleven per cent of respondents said they follow a gluten-free diet. The same amount said they were either dairy-free or lactose-free.

“Over half of America’s consumers are avoiding or deliberating reducing specific ingredients in their daily diet,” Ms. Demerrit said.

It is no wonder that allergen-free and other free-from claims continue to be increasingly made on consumer packaged goods. Some products make multiple claims, whereas others focus on a few ingredients. 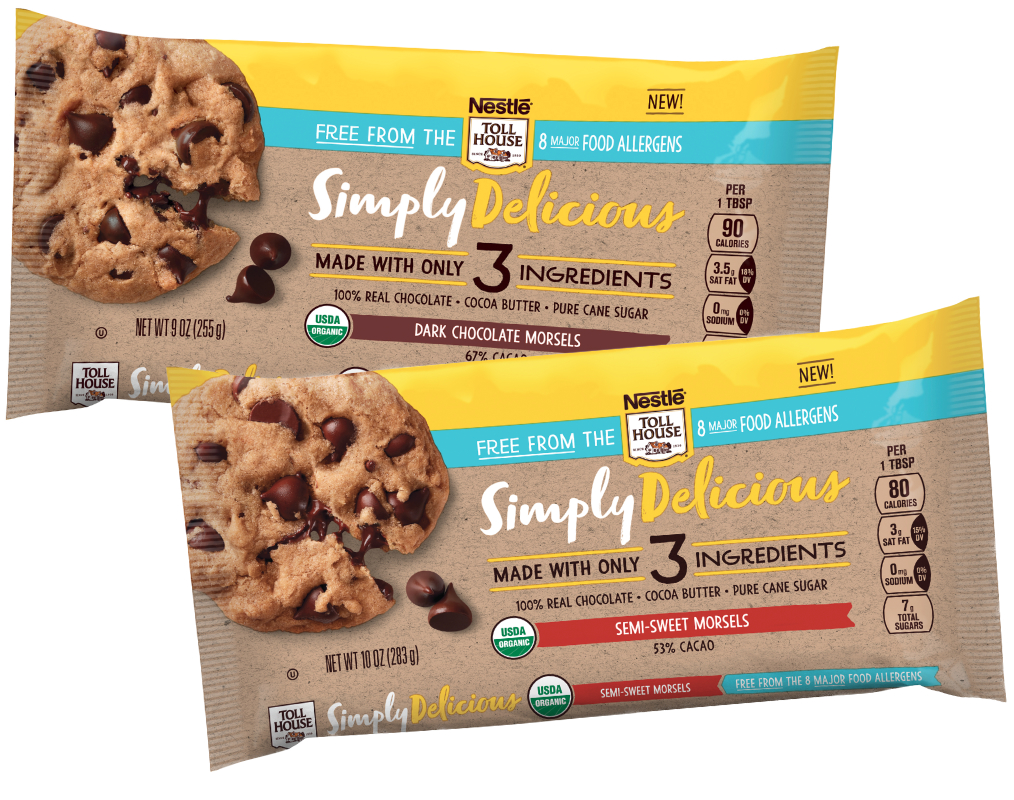 Nestle USA, Solon, Ohio, now offers Simply Delicious Morsels by Nestle Toll House. The chips are made with only three ingredients — cocoa butter, cane sugar and chocolate — and claim to be free from the eight major food allergens. They are also free of preservatives, artificial flavors and colors.

Chicago-based Enjoy Life Foods, a Mondelez International brand, eliminates more than the eight major allergens in its array of snacks and baked foods. The company’s products exclude the four additional allergens recognized by the Canadian government. They are crustaceans, mustard, sesame and sulfites. The company also excludes the use of any gluten-containing ingredients, as well as any genetically modified ingredients, with packages sporting the Non-GMO Project verified logo.

The Safe + Fair Food Company, Chicago, markets a variety of non-G.M.O., clean label and allergy-friendly foods. The initial offerings are free from peanuts and tree nuts. The line includes chocolate chip and shortbread cookies, cinnamon and honey grahams, chocolate and vanilla cake mixes, and macaroni and cheese kits. Other products in the pipeline include brownie mix, pancake and waffle mix, granola bars, and oatmeal trail mix. Many of the options will be gluten-free.

Of all free-from claims, gluten-free accounts for the majority. Interestingly, when producing gluten-free grain-based foods, which requires elimination of wheat flour and other gluten-containing grain flours, often times dairy, egg or tree nuts are introduced into the formula. This is because the elastic strands of gluten in baked foods capture and retain leavening gasses, providing structure to baked foods. That function is best mimicked by dairy or egg proteins. Ground forms of tree nuts, on the other hand, function as flour substitutes. Often all three are required, sometimes with hydrocolloid ingredients.

Speaking of hydrocolloids, carrageenan is another ingredient some consumers are avoiding. Generally recognized as safe as a food ingredient, carrageenan is a seaweed-derived ingredient used for thickening and gelling a variety of foods. In the United States, it may be included in organic foods, too, although it is not certified organic. 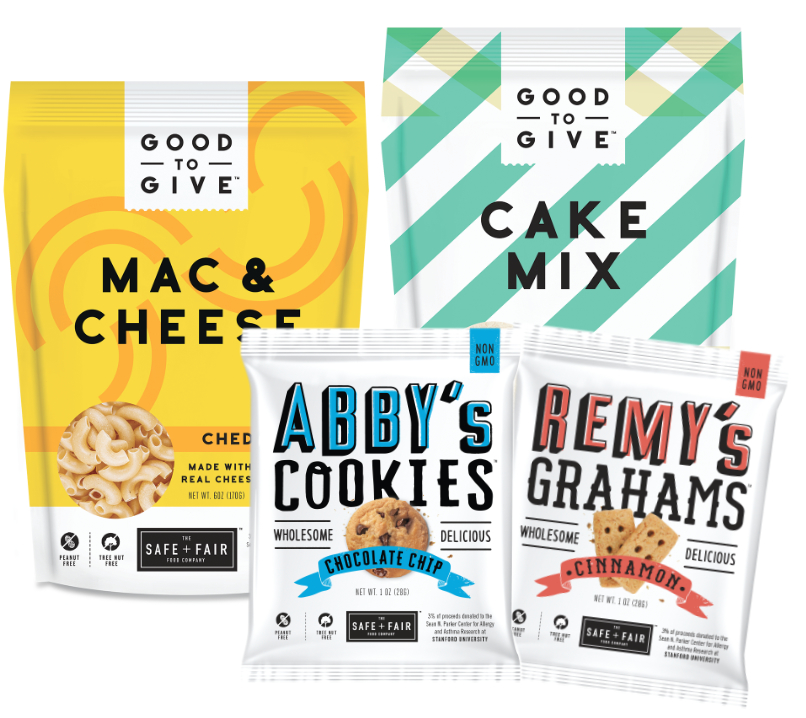 It is one of the newest free-from ingredient claims. There are some studies that suggest carrageenan triggers inflammation and gastrointestinal ulcerations, thus having a negative effect on the digestive system and making it an ingredient some consumers want to eliminate from their diet.

This includes many Applegate deli meat customers. The Bridgewater, N.J.-based marketer recently decided to remove the controversial ingredient from its poultry deli meat varieties. In addition to the carrageenan removal, the company has a new packaging design to better communicate what’s not in the meat products.

“We’re proud to be a brand that not only listens to consumer feedback, but a brand that takes action on that feedback,” said Nicole Glenn, vice-president of marketing. “Carrageenan is an ingredient Applegate consumers said they wanted removed from our poultry deli meat, so when we developed a way to replace it and improve the taste of those varieties, it was an easy decision to move forward with a carrageenan-free recipe.”

The removal of carrageenan also expands the number of Applegate’s Whole30 compliant options. Whole30 is an elimination diet. It is described as a 30-day nutrition reset eating plan designed to help put an end to unhealthy cravings and habits, restore a healthy metabolism, heal the digestive tract and balance the immune system. Meat and poultry are a prominent component of the elimination diet that excludes grains, dairy, legumes, alcohol, sweeteners and specific controversial ingredients, such as monosodium glutamate and carrageenan. Products that sport the Whole30 Approved seal are free from all of the ingredients.

The New Primal, North Charleston, S.C., recently introduced a premium line of Whole30 Approved marinades and cooking sauces. Like all of its products, these sauces are also gluten-free and soy-free.

Another elimination diet is FODMAP, an acronym referring to fermentable oligosaccharides, disaccharides, monosaccharides and polyols. The diet avoids carbohydrates found in certain foods — including dairy, garlic, legumes, onions and wheat — linked to gastrointestinal distress in sensitive individuals. Foods labeled as FODMAP-friendly are not necessarily completely free from the ingredients; however, many take the extra step to be so. 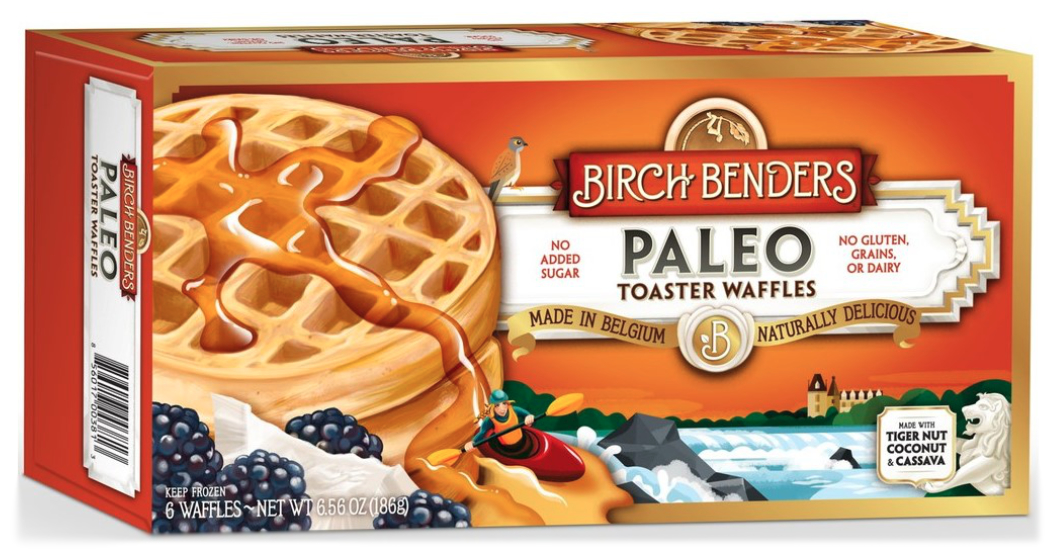 Fodmapped Foods L.L.C., Irvine, Calif., produces a range of FODMAP-friendly soups, sauces and snacks. All the products are also gluten-free.

The paleo diet is another that eliminates specific foods and ingredients. Interestingly, many of the allowed items are the eight major allergens. A paleo diet includes lean meats, fish, fruits, vegetables, nuts and seeds, foods that in the past could be obtained by hunting and gathering. A paleo diet limits foods such as dairy products, legumes and grains.

Like FODMAP, paleo is not free-from, but many marketers prefer to eliminate in order to be fully transparent. Birch Benders, Denver, recently launched paleo frozen toaster waffles. They are made with tiger nut, cassava and coconut flours and contain no gluten, dairy, grains or added sugar.

Free-from dairy and free-from meat claims are also cues for those on vegan diets. Descriptors such as meatless and plant-based are not enough, as many such foods rely on dairy and egg for functionality and flavor.