ATLANTA — At its core, The Coca-Cola Co.’s proposed acquisition of London-based Costa Ltd. is about hot beverages and the morning daypart. The company is weak in both, and management views the merger as an opportunity address the issues and become a total beverage company.

On Aug. 31, Coca-Cola announced it had entered into an agreement to acquire Costa Ltd. for $5.1 billion. Costa’s business features approximately 4,000 retail outlets, a coffee vending business and a coffee roastery.

During a presentation with financial analysts following the announcement, Coca-Cola management showed the size of the opportunity. Today, Coca-Cola competes in a category valued at approximately $0.8 trillion. With the addition of Costa, that opportunity will grow to $1.5 trillion.

“Coffee is a significant, on-trend, fast-growing and profitable category …,” said James R. Quincey, president and chief executive officer, during the conference call. “Costa is a strong consumer proposition. It's got a scalable coffee platform to engage with consumers across multiple formats and channels. In the end, this is a coffee strategy, not a retail strategy. And so there's opportunity for great value-creation through the combination of Costa's capabilities and Coca-Cola's marketing expertise and global reach.”

Mr. Quincey broke the coffee market into four categories — “other out of home,” “coffee shops,” “not ready-to-drink,” and “ready-to-drink.” Currently, The Coca-Cola Co. only competes in the ready-to-drink segment. 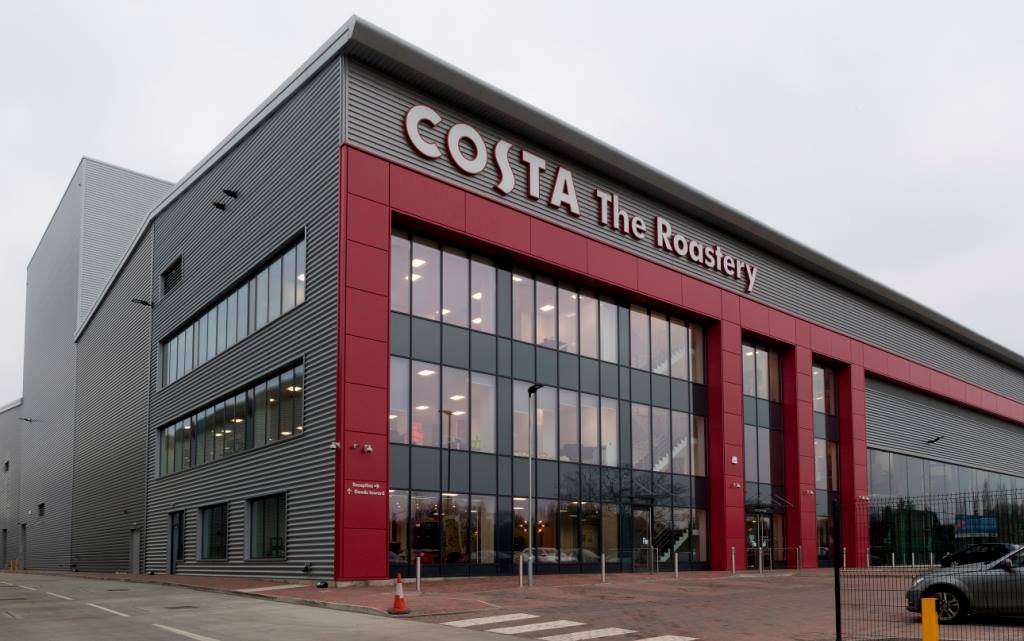 “We'll use the retail stores to build the brand and drive the experience,” he said. “The second piece, and particularly important in certain parts of the world, it's actually the opportunities to be an even better total beverage solution to our existing customers and to our existing channels, whether that be through the vending machines or the beans or the roast-and-ground or other forms of coffee capability.

“We have a huge business in servicing food service or in convenience, retail to petrol stations, other forms of convenience, we can be a better beverage provider to them. And then the last opportunity is clearly to launch a ready-to-drink, hot and cold and at-home beverages, too.”

Mr. Quincey emphasized the talks with Costa’s management and the subsequent deal came together quickly, and that there were still a number of decisions to be made about integration of the business and future strategy.

In the United States, he did say he thought there are too many coffee shops and a better path for the business may be in expanding Costa’s offerings to current customers in the country. In Asia, he said Coca-Cola would execute across the full format bundle, including the opening of stores, because of the need to build the brand.

“Costa Coffee is the largest global coffee shop chain globally after Starbucks and McCafé,” said Howard Telford, head of soft drinks at Euromonitor International. “They have an established presence in Europe and Asia. I wouldn’t expect fundamental changes in this presence in the short term and I would expect the business to be largely managed separately, but longer term I think there are many possible advantages for Coca-Cola: perhaps R.-T.-D. Costa branded beverages in the Coca-Cola system, using Costa’s expertise in bean-to-cup vending, and most importantly acquiring a true global coffee brand that has demonstrated strong growth outside the home.”

Mr. Telford added that another big occasion beyond retail is food service coffee.

“… Over the last five years, we’ve seen almost $20 billion in growth from specialist coffee shops globally,” he said. “We can see the success that a brand like Starbucks have had in building premium brands in their cafe locations and then bringing these to retail. Hence the large sum that Nestle paid to license these retail brands earlier this year.”