We use cookies to provide you with a better experience. By continuing to browse the site you are agreeing to our use of cookies in accordance with our Cookie Policy.
Home » B&G Foods to launch cauliflower pizza crust, grain bowls

BOSTON — Joining the likes of Oprah Winfrey and Trader Joe’s, the Jolly Green Giant will be peddling pizza crust packed with cauliflower soon.

“Think about products that are made from vegetables, which could go after different places in the frozen food case, like pizza crust,” Mr. Romanzi said. “So, this fall, we’re launching cauliflower pizza crust under the Green Giant label, 80% cauliflower, no wheat, no gluten. That won’t be merchandised in the vegetable case. That’ll be merchandised along with the pizza crusts.

“We’re also coming out with a line of four items of harvest protein bowls, made with vegetables but also grains and other things like legumes to add protein. These range from 14 grams to 20 grams of protein. It’s basically a meal in itself. That won’t be merchandised in the frozen vegetables. That’ll be merchandised over in frozen meals.” 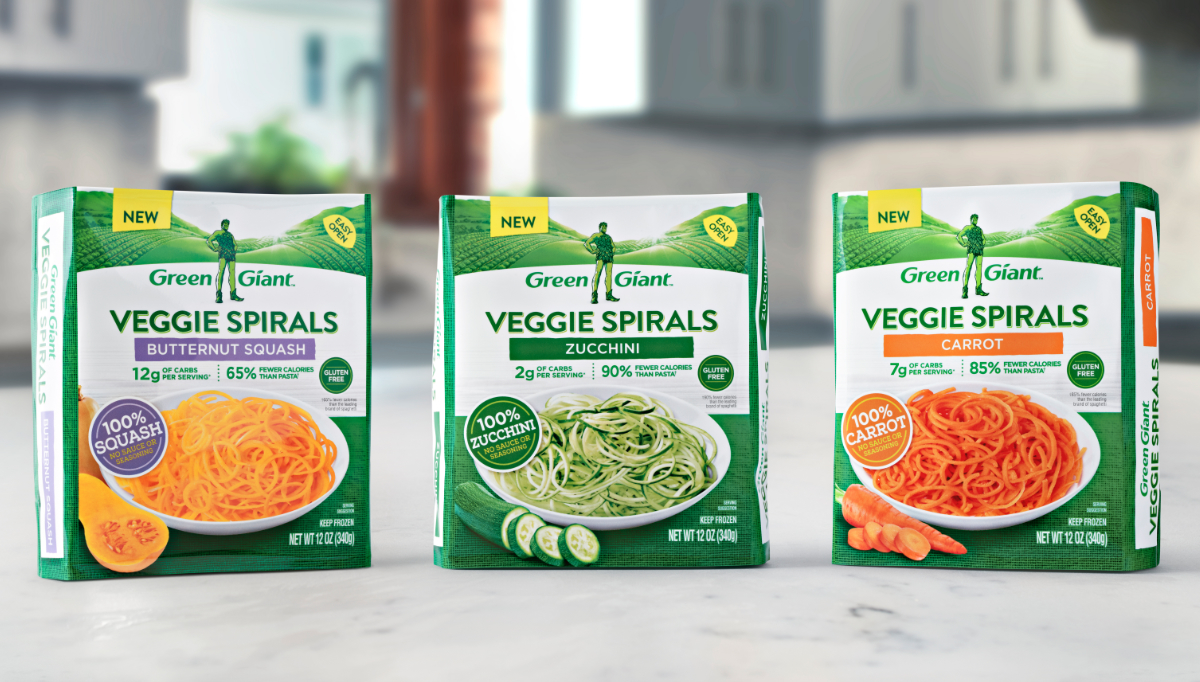 The company credits its Green Giant business for igniting an “explosion in the frozen food case.” Many of the new Green Giant innovations since the brand changed hands from General Mills to B&G Foods three years ago have contributed to a frozen revival, Mr. Romanzi said, citing riced veggies, mashed cauliflower, veggie tots and veggie spirals as examples of new product lines reenergizing the category.

“And over the last 52 weeks, these new products delivered $150 million in retail sales,” he said. “Spirals were just launched this year. So the current run rate means that they’re really running at about a $200 million sales clip by the end of this year. I mean, that’s pretty revolutionary for a brand that is a little over $500 million in total sales and, like I said, virtually lifted the entire category.”

Cauliflower continues to gain steam as a stand-in for grains in several new products, including pretzels, crackers and baking mixes. In late August, the Kraft Heinz Co. announced it was launching a line of frozen pizzas featuring crusts made with cauliflower through its joint venture with Oprah Winfrey. O, That's Good! Frozen Pizza varieties include pepperoni, five cheese, supreme and fire roasted vegetable.