We use cookies to provide you with a better experience. By continuing to browse the site you are agreeing to our use of cookies in accordance with our Cookie Policy.
Home » U.S.D.A. sees record soybean production, corn up 1.5% from 2017

The average soybean yield was forecast at a record-high 52.8 bus per acre based on Sept. 1 conditions, up 1.2 bus from August and up 3.7 bus from last year. Harvested area was forecast at 88.9 million acres, unchanged from last month but down 1% from 2017. 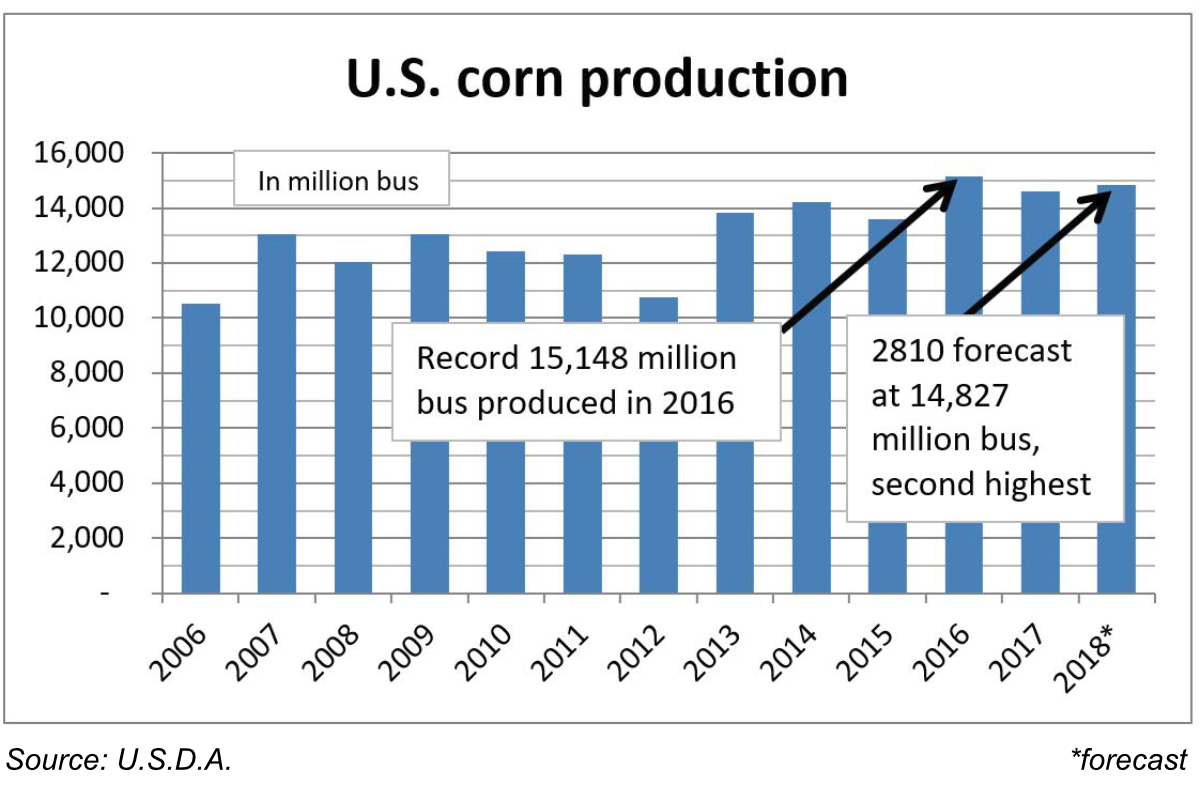 September corn futures fell more than 3% after the release of the report. September soybeans were trading about 1% higher after the U.S.D.A. numbers were released.