We use cookies to provide you with a better experience. By continuing to browse the site you are agreeing to our use of cookies in accordance with our Cookie Policy.
Home » Tofurky pivoting to keep pace with the plant-based foods movement

Tofurky pivoting to keep pace with the plant-based foods movement

At Natural Products Expo East, held Sept. 13-15 in Baltimore, Hood River, Ore.-based Tofurky is highlighting two new plant-based items. A ham-style roast, now available year-round, features a “tender, smoky flavor and juicy texture comparable to real meat,” according to the company, and has 22 grams of protein per serving from soy and wheat protein.

“People can slice it up and put it on a pizza; they can scramble it in eggs,” said Marcia Walker, Ph.D., vice-president of research and development and quality assurance at Tofurky. “It really performs just like its meat counterpart. We’ve really had a lot of success in offering that for the holidays, so we’re really excited to have it as an everyday item now.”

A new addition to the brand’s limited-edition Holiday Feast Kit is a vegan chocolate espresso cheesecake, which contains a combination of soy and pea protein and has a “rich mouthfeel that you would get from a traditional cheesecake,” Dr. Walker said.

“I think in the past, vegans had to compromise and maybe accept a lower quality,” she said. “And I think this product is a really great example of why they don’t. I’m excited to get the feedback on it because I think people will want to eat it and not just be eating it because it doesn’t contain animal products. It’s just that good.”

In a recent phone interview, Dr. Walker discussed how Tofurky innovates to stand out amongst increasing competition in plant-based foods.

Food Business News: New sources of plant protein have emerged in recent years. How has that changed product development at Tofurky?

Marcia Walker: A lot of our products are traditionally soy-based, so we start with what we know. We’re also experimenting with other ingredients that are out there … Because this category is growing so rapidly, I think it’s been really cool to work with ingredient suppliers on different plant-based proteins.

The cheesecake seems like a departure for Tofurky, which historically has offered meat substitutes. Can this brand stretch into other categories?

Dr. Walker: We’ve been around since 1980 … we’ve transitioned from being a really vegan-minded company to now serving a lot of flexitarians. We’re playing with that. We’re really excited to see where we can go with this and potentially look at other dairy replacement products... Maybe not just desserts but other dairy-like products that people have a hard time finding if they’re trying not to consume animal products.

We’re really excited about some of the new ingredients that we can use and innovate around those to get the right texture and flavor, and perhaps it’s going to be a cheese or something like that, but we’re excited to see how that takes us away from some of the meat substitutes.

A recent introduction was the Tofurky DIY range of meatless grounds that consumers can form into burgers or breakfast sausages. Why was that product line developed? 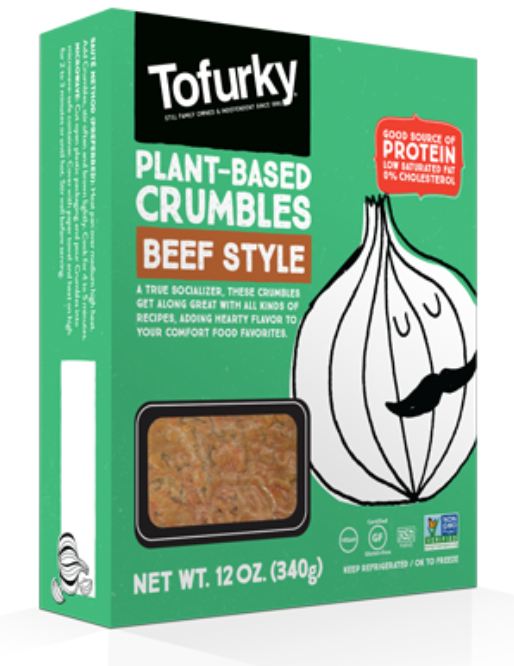 Dr. Walker: It came out, in a way, to meet the consumer’s needs; they were looking for more than just a pre-formed veggie patty. We do some great products in that category, but I think the consumer wants potentially for a product to behave like a ground beef. They can go to the store and buy this and then shape it into a burger or meatballs.

The trends have been a tailwind for Tofurky, as more consumers understand and want to eat plant-based foods. Is consumer perception still a challenge for your company and the category?

Dr. Walker: I think the industry as a whole is really helping with this. Not just new companies but companies that have been around a long time. They’re all trying to up the game.

By that I mean, I think people may be willing to accept a traditional vegan product. Now, they don’t want to compromise on flavor or taste or appearance. They want it to perform like a hamburger. So the challenge is on us to get them products that deliver on that, where they feel like having a really great meal. I think it’s exciting times for the whole industry, and because it’s growing so fast I think our challenges are keeping up with demand.

As far as ingredient suppliers, a lot of them have upped the game, too. They’re really coming on strong in bringing new plant proteins that traditionally weren’t available. Pea protein, for example. When it first came out, it had some challenging flavor issues. And they’re working on fixing that, so you get the protein, the nutrition, but you don’t get the off flavors, and it performs really great in products and offers a texture that’s different than traditional soy-based products.

I think people are more willing to try the products. They aren’t as skeptical. And they’re making decisions to try it based on nutrition and the environment… But I think that a lot of the trends we’ve been seeing are people really care about sustainable eating, and ... even if they do it a couple times a week, it makes them feel good; it makes them feel like they’re eating healthy. 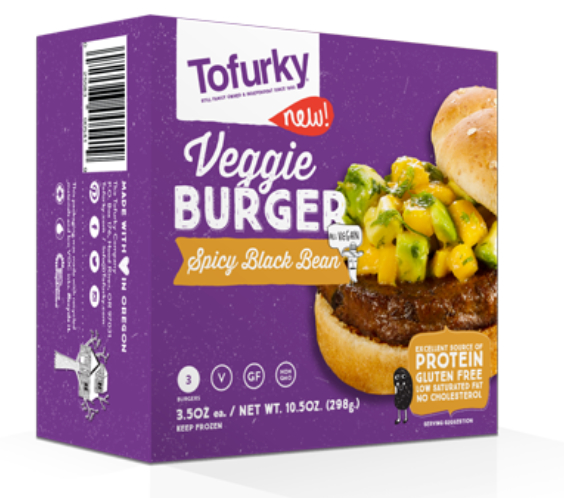 Has Tofurky had to pivot in its approach to product development to accommodate not only vegans but also flexitarian consumers?

Dr. Walker: Absolutely. I think that it’s been a new field for us to get into that … It’s part of the reason why I joined the company — to bring some new product development ideas and innovation in that area…

Traditional vegans are not used to eating those products … so it’s an interesting dynamic, wanting to make vegan products resemble meat. I think our sausage line and a lot of our deli products do just that, so where else we can go with that expertise is going to be really exciting for the future.

Do you eat strictly plant-based?

Dr. Walker: I would describe myself as a flexitarian. I love cheese, and I personally don’t feel like there’s a really great vegan alternative for that, so I would say that’s definitely on my to-do list... Maybe someday I can say I am eating 100% vegan.