We use cookies to provide you with a better experience. By continuing to browse the site you are agreeing to our use of cookies in accordance with our Cookie Policy.
Skip To Content
Home » U.S.D.A. data, sales, weather give bullish tone to sugar

WASHINGTON — Bullish supply-and-demand data from the U.S. Department of Agriculture, the well-sold position of some beet processors and weather threats have created a bullish scenario for U.S. sugar prices, despite forecast record high beet and total sugar production in 2018-19.

Beet and cane refiners held sugar prices firm last week, and one major beet processor raised its 2018-19 offering price based in part on being over 80% sold for next year, the bullish U.S.D.A. data and weather threats.

The U.S.D.A., in its Sept. 12 World Agricultural Supply and Demand Estimates (WASDE) report, projected 2018-19 (Oct. 1-Sept. 30) U.S. sugar ending stocks at 1,687,000 short tons, raw value, down 25% from its August projection and down 19% from 2,072,000 tons forecast for the current year. The ending stocks-to-use (S-T-U) ratio was lowered to 13.5%, the minimum required under agreements between the Secretary of Agriculture Sonny Perdue and U.S. Food and Drug Administration Commissioner Scott Gottlieb, M.D., announced last week their agencies will convene a joint public meeting to be held Oct. 23-24 to discuss the use of cell culture technology to develop food products derived from livestock and poultry.

Rapid strides have been made in developing technologies to produce meat products by replicating under controlled manufacturing conditions cells originally derived from cattle or poultry. It was expected some such products may be ready for introduction to the market on commercial scale within a few years, which lent urgency to efforts to decide how the novel products should be regulated and by whom.

The F.D.A. on July 12 independently held a public meeting on foods produced using animal cell culture technology. While the agency was applauded for addressing the emerging food technology, farm and rancher organizations such as the National Cattlemen’s Beef Association decried the lack of U.S.D.A. participation, arguing that should cell-cultured food products derived from livestock and poultry, which the N.C.B.A. has called “fake meat,” be introduced to the market, their production and labeling should be overseen by the U.S.D.A.’s Food Safety and Inspection Service. 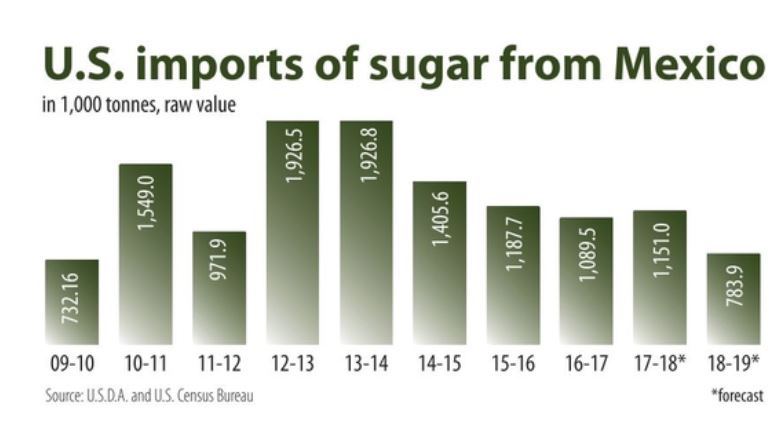 The letter from Mr. Valeti and Mr. Carpenter said, “Existing law and practice, as well as longstanding precedent, demonstrate that both the U.S. F.D.A. and the U.S.D.A. have roles to play in regulating cell-based meat and poultry products. To ensure the regulatory system protects consumers while fostering innovation, it is imperative that the agencies coordinate and collaborate in their efforts, consistent with established policy.”

Mr. Valeti and Mr. Carpenter provided what they saw as a path forward in regulating the new technology and its products.

Danielle Beck, director, government affairs, National Cattlemen’s Beef Association, responding to the announcement of the joint U.S.D.A.-F.D.A. meeting, said, “Consumers depend on a regulatory system that ensures their food is safe and accurately labeled. That is why it is encouraging to finally see U.S.D.A. involvement on the issue of regulating lab-grown fake meat. U.S.D.A.’s stringent food safety inspection processes and robust labeling protections make the agency the best choice for leading oversight of these new products. N.C.B.A. looks forward to participating in the public meeting and will continue to advocate for U.S.D.A.’s primary oversight role.”

Labeling is a particular concern, according to the N.C.B.A., which maintains the term “beef” should be applicable only to products derived from actual livestock raised and harvested by farmers and ranchers.

The position recently found expression in legislation enacted by the state of Missouri in May and signed into law on June 1 that prohibits “misrepresenting a product as meat that is not derived from harvested production livestock or poultry.” The law applies both to existing plant-based meat substitutes and prospective cell-based meat and poultry products.

Tofurky, a manufacturer of plant-based meat substitutes, and the Good Foods Institute, which represents manufacturers of cell-based meat and poultry products, have filed suit in hope of overturning the law, which they said infringes on First Amendment rights as well as “denying fair and honest competition in the marketplace.”