For a limited time only

CHICAGO — When a small, family-owned and operated dairy farm north of Kansas City celebrated its 10-year anniversary, the company's innovation team got creative with its mainstay product: milk. The company, Osborn, Mo.-based Shatto Milk Company, produced small batches of flavored milk in collectable half-liter glass bottles and rolled them out over the course of the year. With only 2,000 bottles, Chocolate Cherry Smooch kicked off the celebration in February 2013.

The company was on its sixth flavor by October 10, the date set for the celebration. News of 4,000 bottles of birthday cake-flavored milk broke earlier in the week, and fans lined up before stores opened to secure their bottle. Flavored, limited availability milks proved so popular that the company has continued releasing seasonal flavors like peaches and cream milk and pumpkin spice eggnog throughout the year.

Wherever purchased, limited-time offerings (L.T.O.s) present consumers with an opportunity to explore. Seasonal flavors and colors, in particular those associated with a holiday or celebration, encourage purchase and help consumers get in the spirit. To many, purchasing themed products that recognize local sports teams or national competitions, for example, show a sign of support. Even when food dollars are tight, consumers may dig a little deeper into their pockets to participate.

It's classic supply and demand. Shoppers recognize if they don’t purchase the L.T.O. when it hits the shelf, it may not be available the next shopping trip. The same is true in food service.

“The popularity of food trucks is based around the concept of L.T.O.s,” said Chris Warsow, executive chef of Bell Flavors and Fragrances. “Here is a vehicle that will be gone if you don’t try this item now.”

Smokey Waters, director of culinary innovation for Pecan Deluxe Candy Co., said, “An L.T.O. lets a current consumer try something new and change up their usual order. At the same time, it may bring in lapsed users or new users of the brand.” “Holiday and specific sporting event themes are popular across many categories and channels,” said Amy Loomis, business development manager for Synergy Flavors. “A brand or product can differentiate and drive incremental sales by creating a new event that occurs outside the typical L.T.O. calendar.”

Regional fresh food brands, for example, may highlight the community by incorporating ingredients produced nearby, according to Ms. Loomis. A regional microbrew or a local confectioner’s chocolate in a festival-themed side dish, baked good or dessert could market the small-batch inventory.

“Use May 4th (Star Wars), March 14 (Pi Day) or honorary days, such as National Pancake Day,” said John Pelfrey, director of culinary for Kerry. “These types of L.T.O.s work because they fill a need that people have to be part of something bigger than themselves.”

Marketers must never forget that, with date-specific products such as Halloween, discounts apply the next day. That is because consumers are ready to move on to the next big event.

“Some products are better left as L.T.O.s and brought back as an annual offering to give sales a jump start and add excitement in an otherwise stable or stagnant time during the marketing calendar,” Mr. Waters said. In food service, the L.T.O. must make sense for the menu.

“The L.T.O. that an operator chooses becomes a part of the brand and the culture,” said Kami Smith, director of culinary showcasing at Pecan Deluxe. “If a pancake operation features a neon coffee drink it may not go over as well as a glittery syrup. It’s great to offer exciting new products, but if you go way beyond the comfort level of the customer, it could fail.”

Mr. Waters added, “If a taco shop decides to run an L.T.O., it needs to have Hispanic influences in order for it to be a brand fit. A barbacoa taco with grilled onions, blistered shishito peppers and queso fresco would be a good example. It’s a fusion of Hispanic and Asian cuisines but in a believable format.”

“Oftentimes L.T.O.s are used to create demand for a favorite menu item or test a new product idea before it is added to a menu or introduced as an extension to a standard product line,” said Christopher Hansen, assistant vice-president of culinary and corporate executive chef for OSI Group L.L.C. “During seasonal changes, many people eat differently. It’s with an L.T.O. that we can offer new and exciting products that naturally have a short window.”

This is often why, in the fast-food and quick-service food channels, L.T.O.s center around seasonal produce. In more formal establishments, it’s also about local.

“Seasonal ingredients afford the opportunity to provide a food item at its peak, which is what fine-dining chefs have been instituting for decades,” said Judson McLester, executive chef for McIlhenny Company. “It is the means to deliver a relevant product to an audience that is demanding authenticity and transparency, thus triggering purchase intent and loyalty.”

Mr. Hansen said, “We all know how good a locally sourced, in-season product can be. We also know when it’s gone, it’s gone. We will have to wait until next year or look outside the locally grown format.”

This translates into packaged foods, too. Think of all the pumpkin flavor variations that now find their way into everything from coffee to waffles starting in early October. Right before that, apple flavors trend.

“We’ve learned from the success of pumpkin spice and its longevity as a beverage offering on menus for several years,” Ms. Loomis said. “Once a particular flavor profile is applied to a number of other applications, the market may be saturated and it may be time to retire it.”

Jean Heimann, senior culinary scientist of LifeSpice, believes pumpkin spice may be used as a jumping off point for other variations, such as honey spice, sweet milk spice and other new flavors.

Overkill happens when innovation is set aside. If everyone has a pumpkin spice, can it really be considered limited? The easiest way to prevent this is to challenge ourselves to innovate, according to Mr. Pelfrey.

Many L.T.O.s work with the same base, much like Shatto does with milk. The company simply mixes up flavoring systems.

“A growing number of companies are working with our applications team on creating one base that can then be flavored throughout the year with different options,” said Beth Warren, chief commercial officer for Edlong. “Think of a ready-to-drink coffee beverage rotating flavors quarterly. Butter maple kicks off the year, followed by caramel cream macchiato, then horchata in the warmer months. As the weather cools, here comes buttered bourbon.” 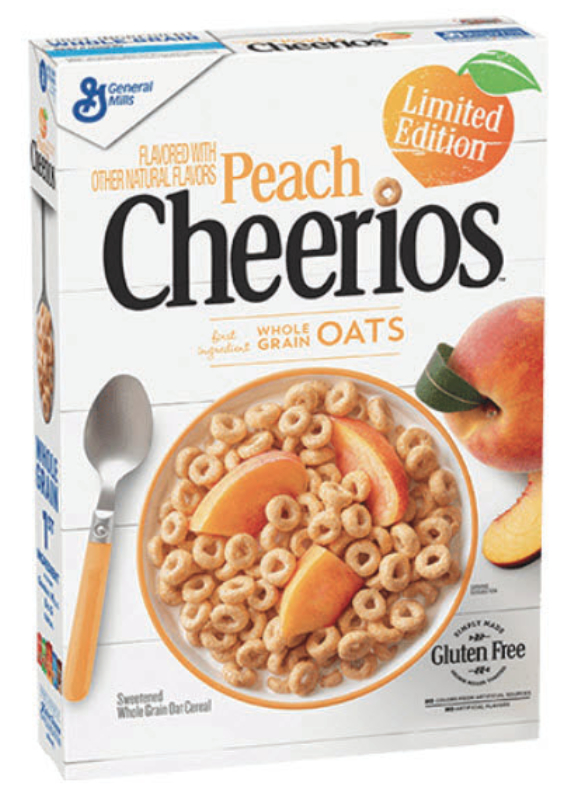 Using seasonal produce and flavors should be done judiciously. Choosing the right application for the time of year is important, even for iconic retail brands like Cheerios, which launched a limited edition peach flavored cereal this summer.

“A white chocolate latte topped with whipped cream and peppermint bark combines the flavor connection of candy canes in winter with the comfort of a warm beverage,” said Jamie Wilson, director of business development, marketing, culinary, and research and development for Parker Products. “Think strawberry summer salad with glazed walnuts or an autumn squash soup with roasted pumpkin seeds.

“A late-summer blueberry cobbler milkshake topped with oatmeal granola and a lemon crunch sounds refreshing. For winter, a cranberry and white chocolate cake with bright red cranberry sprinkles would be a decadent dessert,” Ms. Wilson said. “Offerings like these really resonate if you can denote provenance, like Maine blueberries or Massachusetts cranberries.”

Phaedra Ruffalo, senior director for American Egg Board, said, “Create excitement for the season and all that it brings. An example might be a maple-glazed bacon breakfast sandwich, as the sap is coming off the trees."

“Think through operations implementation with ingredients and cooking techniques the front-line employees are already familiar with,” Ms. Ruffalo suggested. “For instance, if your operation already uses pasteurized liquid eggs for breakfast foods, then use them to create a spring-time offering of asparagus frittata.”

Regardless if the L.T.O. is for retail or food service, a successful production, distribution and launch requires the commitment from many players.

“There’s a long-range, collaborative planning process,” Ms. Loomis said. “Team members must have a complete understanding and mutual commitment to the launch date to ensure flawless execution and coordination with marketing and promotional materials.” 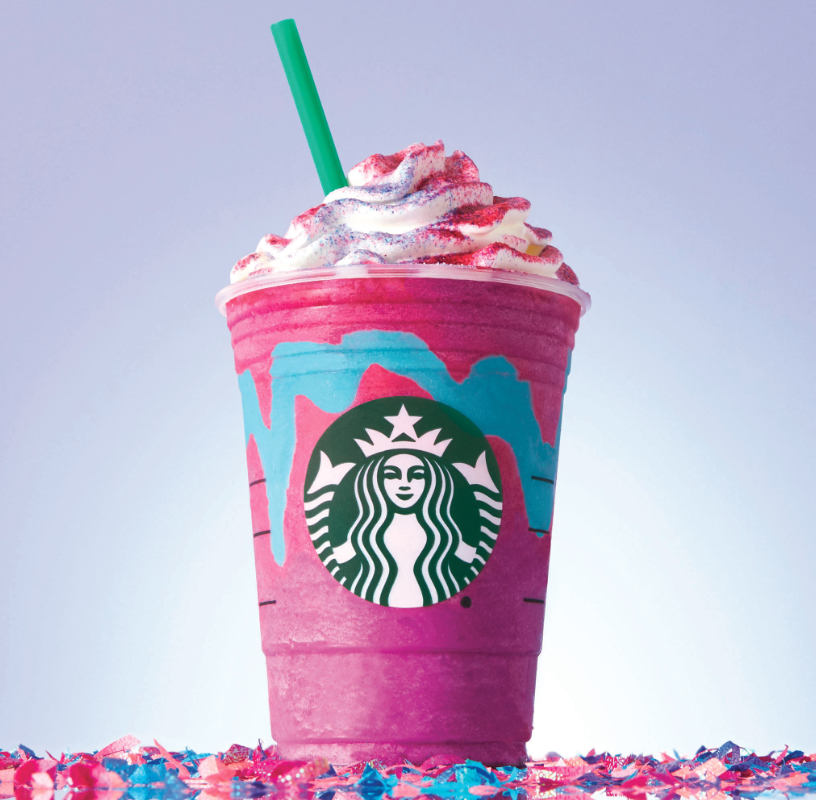 Imagine if a Starbucks store did not receive its shipment of edible glitter in time for its five-day Unicorn Frappuccino blended beverage campaign in 2017. Some stores did run out after a day or two, leaving many customers disappointed that they missed out on the color-changing, flavor-changing blended frozen beverage.

Arby’s also ran out of its limited-edition venison sandwich within hours after rolling out in five select hunting-centric states in 2016. A year later, the company reoffered it again nationwide, with an increased L.T.O. inventory.

Arby’s is known for its L.T.O. menu offerings. This past Lenten season, the company got creative with fish by offering a wild-caught Alaskan pollock sandwich served up until Easter. Similarly, the Nashville Hot Fish was Arby’s twist on the Nashville hot chicken craze.

“L.T.O.s are the perfect opportunity for companies to gauge interest in a certain trend or flavor concept and also analyze the excitement that it causes,” said Anna Cheely, senior scientist for Kalsec. “McDonald’s did it with Szechuan sauce earlier this year.

“It engages the current customer and may even bring in new consumers,” she said. “Research shows younger generations are looking for more diverse and frequent eating and flavor experiences and L.T.O.s meet this need.”

“L.T.O.s create craveability and uniqueness. This drives volume potential to boost sales and guest frequency,” Mr. Carfang said. “Execution is key. It is important that operators are clear on who the target audience is, and understand what foods and flavors resonate with the target.” 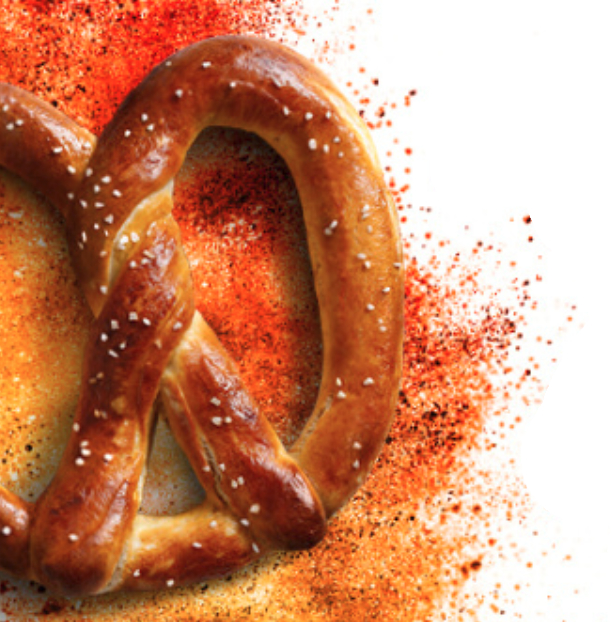 Social media is not only used to influence and communicate about innovations — it is often part of the innovation process.

“Companies host contests to launch L.T.O. flavors,” said Aspen Burkhardt, certified chef and food scientist at LifeSpice. “It’s possible to get real feedback instead of spending months in sensory testing. If the test goes well, the company could launch it in their core line, or they could keep it as a recurring item if it fits a yearly theme.”

Eric Nakata, vice-president of culinary and innovation for S&D Coffee & Tea, said, “There are many consumers who are not adventurous eaters and by rooting new flavors in familiar carriers, it allows them the opportunity to partake and be part of the discussion and not be judged if they do not care for the flavor or texture.

“While L.T.O.s are a fantastic way to test the waters of consumer acceptance without heavy and long-term forecasting, it’s also a way to gauge and to some extent lead consumers to new flavor profiles,” Mr. Nakata said. “Whether it’s highlighting a cuisine, a heat level, an ingredient, a season, a benefit, a color or a fun factor, there is no shortage of ideas and no food category is exempt from the action.”