We use cookies to provide you with a better experience. By continuing to browse the site you are agreeing to our use of cookies in accordance with our Cookie Policy.
Home » Alternative ways with grains

KANSAS CITY — As a new wave of alternative foods and beverages redefines what it means to eat healthy, a variety of grains are well-positioned at the heart of the plant-forward plate.

“[Whole grains provide] a stronger nutrition profile — a value-add to the dish, especially if you’re taking some meat off the plate,” said Kelly Toups, MLA, RD, LDN, director of nutrition for The Whole Grains Council. For this reason, chefs are increasingly experimenting with whole grains, known for health benefits but perhaps not (in the past) for flavor, she said. Now, a growing number of high-end restaurants are going out of their way to find whole grains and want to keep the characteristics that have made the grains special. They are experimenting with rye in brownies as well as in chocolate chip cookies, or buckwheat for streusel topping, she said.

“If you think of a plant-forward plate with the emphasis on whole grains and perhaps black bean tofu, it becomes exciting and hearty; the customer feels satisfied and not short-changed,” Ms. Toups said.

“The trend in plant and alternative proteins has grown even more because consumers want to eat more plant-rich foods,” said Joe Garber, marketing coordinator for Datassential, the Chicago-based menu research company. Ethical and health concerns over traditional ingredients have opened opportunities for alternatives to enter the market, too.

Flexitarians aren’t shunning meat but are using it as garnish on a plant-focused plate. “Today, 85% of consumers believe plant-based foods can be just as satisfying as animal proteins,” Mr. Garber said. And that’s where whole grains can come into play. 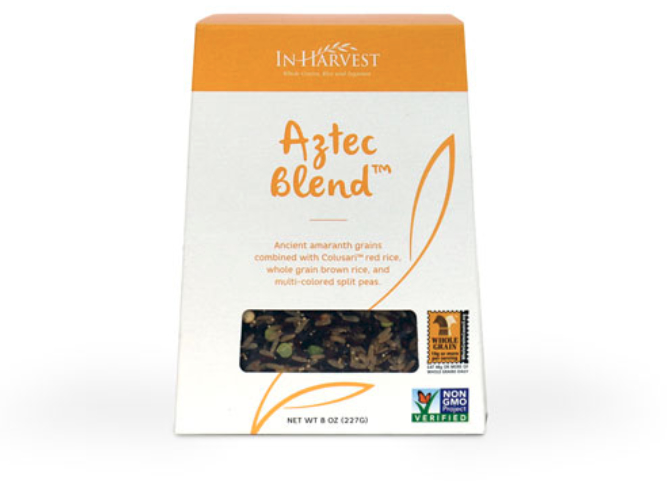 With increasing frequency, customers are asking for the nutritional values, calories, and specifically about protein and fiber content. “We look at quinoa as the only grain in the world with eight essential amino acids — the only one with complete protein — it has an average 6 grams of protein per serving,” Mr. Holleman said. But when it comes to providing protein (though not complete), kamut (Khorasan wheat), bulgur or standard red wheat is usually in the 7 to 8 grams of protein range. The newly popular wheat berry has about 6 grams of protein, as does farro. “The cost comparison is kind of obvious — to replace beef or chicken with grains and legumes — they’re about 15 cents to 30 cents per serving on the plate. Plus, they’re not immediately converted to sugar, so with a slower burn, the diner feels fuller,” he said.

As director of culinary and wellness services for the Minneapolis Public Schools since 2012, Bertrand Weber has taken the initiative in setting a department goal “to bring back ‘true food’ to our kids.” All grains served must be whole grain rich — at least 50% — but for now a lot of food on the menu has been reengineered to meet school nutrition guidelines. “So, we haven’t changed some of the familiar names — for example, we still have ‘chicken nuggets’ (but they’re prepared with whole grain breading) and we serve pizza with whole grain crust. We’ve established for ourselves a pretty robust ingredient guideline for procurement — for example, we specifically say, ‘No artificial flavors’ — we want full transparency,” he said. 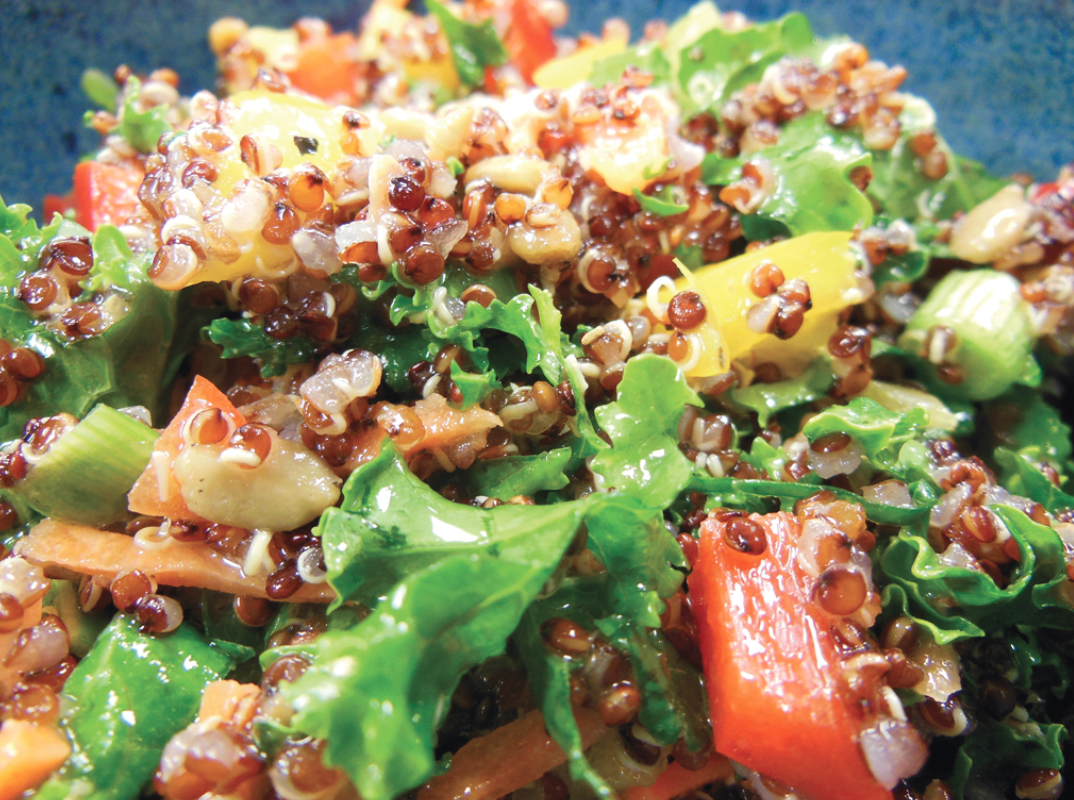 Mr. Weber is part of the Forum for the Future, a global sustainability non-profit that looks at plant-based protein as one of its initiatives. Along with other members of a task force set up to evaluate what schools need, he is looking at protein mix alternatives perhaps to be used in baking a muffin that is high in protein or in a legume-based pasta.

“I’ve also contacted Impossible [Foods]. They’re interested in working with us,” Mr. Weber said. “We came up with meatballs, Impossible cranberry meatloaf sliders, and a taco with chorizo-flavored lentil flakes all made with the Impossible Burger product.” There’s also been discussion with Impossible Foods, he said, about how to maximize US Department of Agriculture (USDA) commodities, perhaps preparing chili with commodity beans. In the meantime, he has voiced his concern to the manufacturer about the burger’s relatively high sodium content and is glad to learn that R&D efforts are underway to reduce the amount.

Sorghum, one of the lesser-known grains, is finally having its moment — actually its month — as it was named Grain of the Month in June 2018 by The Whole Grains Council. Trendy restaurants have incorporated sorghum into menu items as of late. An extraordinary grain, it grows in some of the world’s driest and toughest terrains, such as sub-Sahara Africa. 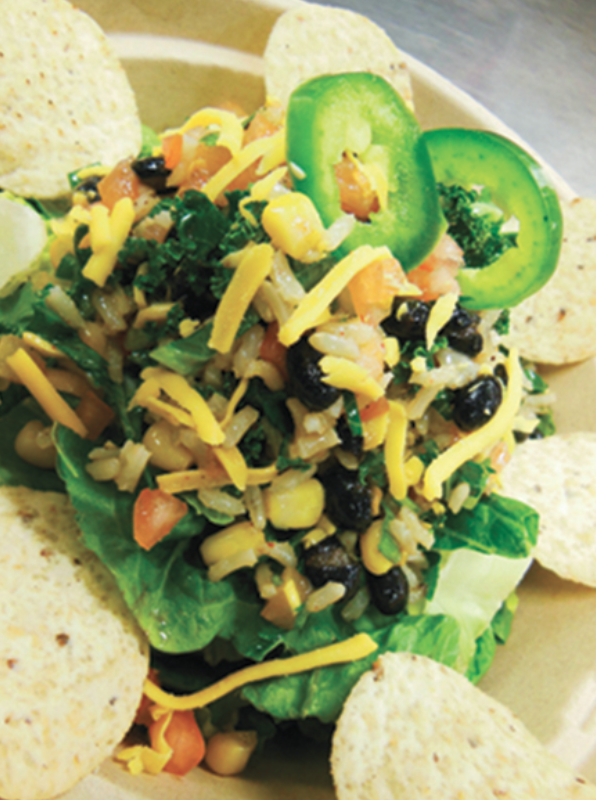 “Ninety-one percent of our farmers don’t irrigate and three-quarters of them don’t practice conservation tillage so the land’s not losing nutrients from the soil,” said Doug Bice, market development director of the US Sorghum Checkoff Program.

Sorghum’s nutrient profile is also a winner since it is high in fiber, phosphorous, Vitamin B6 and designated as a good source of protein (although it doesn’t beat quinoa or soy), according to the USDA.

On the flavor front, another plus of sprouted grains is enhanced taste. “Recently, Chick-fil-A has begun using it in a gluten-free bun for its Chicken Sandwich and Papa John’s lists sorghum as the No.1 ingredient in its gluten-free pizza crust; I suspect they’re using sprouted sorghum,” Mr. Bice said.

In addition to its gluten-free virtues, waxy sorghum, with its high level of one type of starch, is ideal for better fermentation and baking applications.

A new way to bake

A variety of alternative grains are rising to the top as bakers continue to experiment with alternative and ancient grains. Alice Medrich’s book, “Flavor flours: A new way to bake with teff, buckwheat, sorghum, other whole and ancient grains, nuts and non-wheat flours,” delves into the challenges of baking with a variety of non-wheat flours, aiming to have the gluten-free goods taste like and have a similar texture to those baked with wheat flour. 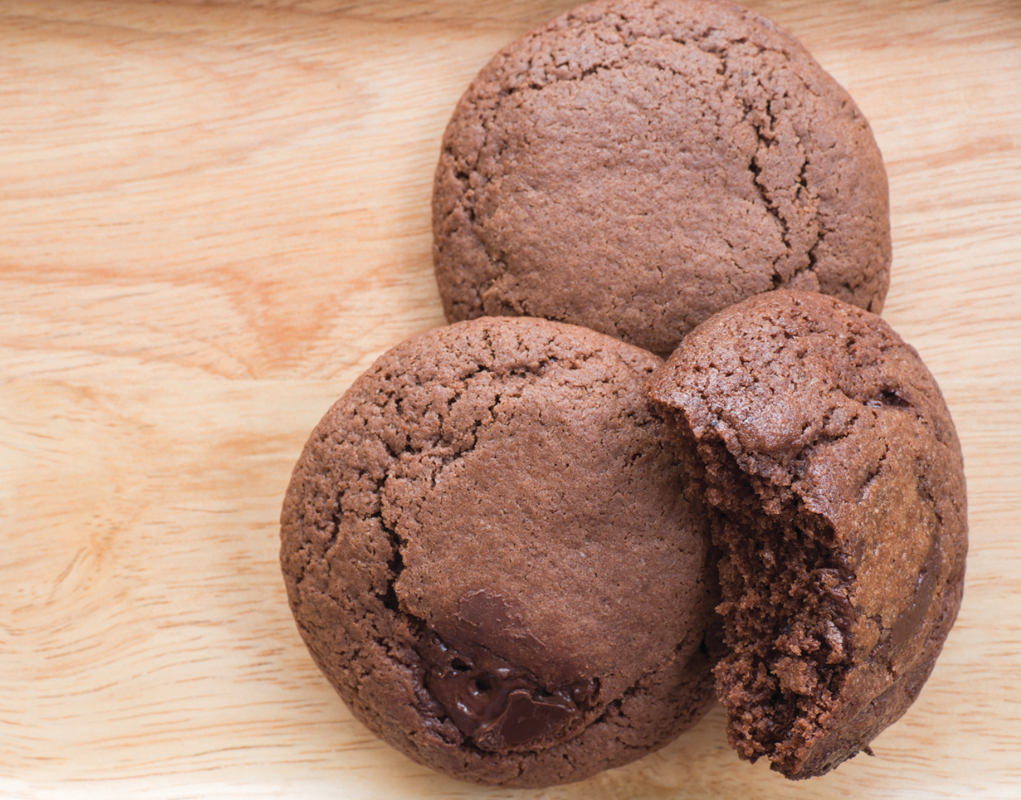 “Medrich mentioned that teff has an undercurrent of cocoa flavor. Those tidbits of information are influencing the creation of desserts today,” Ms. Toups said. Joanne Chang, the Boston-based, award-winning pastry chef/owner of Flour bakery café has taken a similar approach. “She has run a year-long campaign featuring new whole grain items throughout the year and is looking at these opportunities, such as adding a millet breakfast cookie as a new menu item,” Ms. Toups said.