We use cookies to provide you with a better experience. By continuing to browse the site you are agreeing to our use of cookies in accordance with our Cookie Policy.
Skip To Content
Home » South Dakota sets its sights on disrupting the dairy industry

South Dakota sets its sights on disrupting the dairy industry

CHICAGO — Interstate 29 is 745.5 miles of highway in the Midwest. It starts at the Canadian border in Pembina, N.D., and ends in Kansas City, running through both Dakotas, Minnesota, Iowa, Nebraska, Kansas and Missouri. Along the route there are many farms and manufacturing companies, but it’s in South Dakota — with the state’s wide-open spaces and financial resources — where dairy farms are growing in herd count, new processing plants are being built and other companies are increasing capacity through expansion.

“The state currently has about 122,000 milking cows,” said Bryan Sanderson, business development director, Department of Agriculture, Pierre, S.D. “In a year from now that number will be 140,000 cows on just shy of 200 farming operations.”

This translates to 10 million lbs becoming 15 million lbs of milk being processed daily. Almost all of the milk is processed at nine in-state manufacturing plants, with a small amount going to plants located just over the southern border in Iowa.

More than one-fourth of the cows are Jerseys, which produce high-protein milk, the best milk to make cheese. That’s what’s being produced in seven of the in-state plants. Almost all of the milk is from traditional farming, with any organic production being used in farmstead dairy processing operations.

The state’s commitment to grow its dairy herd size dates back to the early 2000s when Governor Mike Rounds recognized that for South Dakota to become more attractive to processors, it would need to produce more milk. 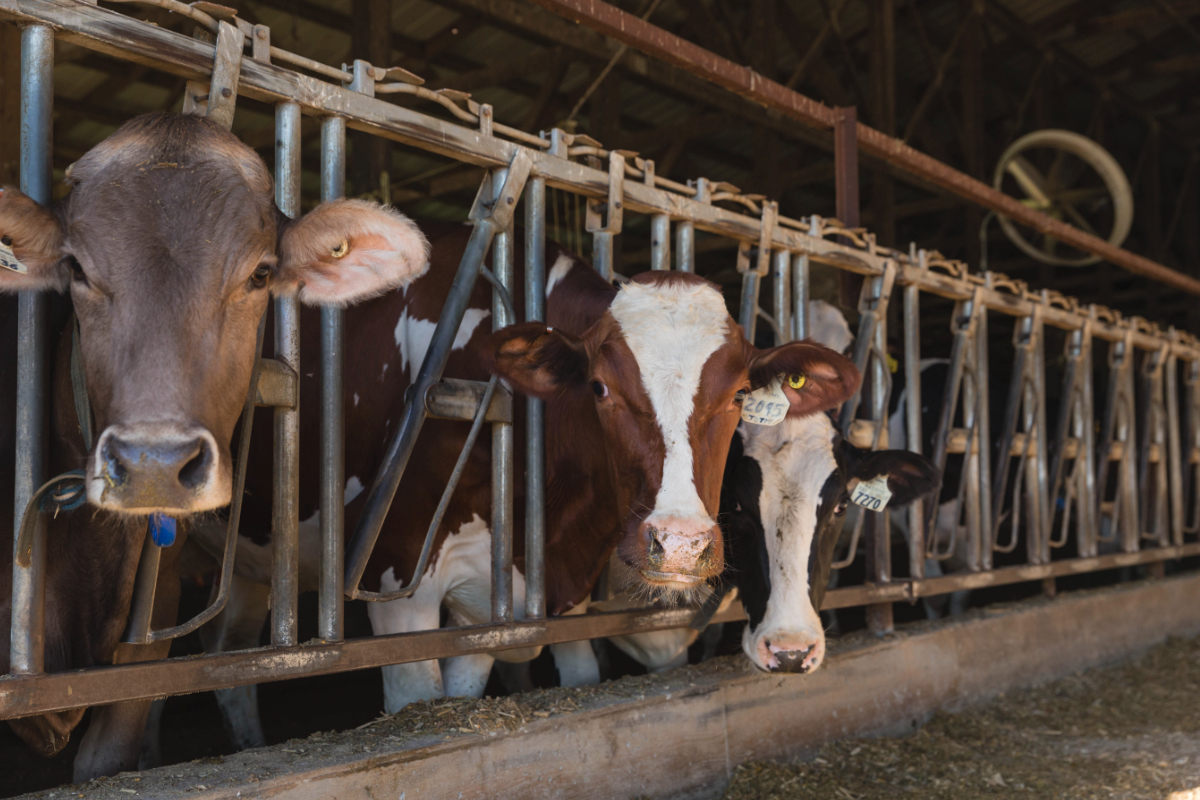 In 2011 South Dakota developed a plan using state and federal resources to attract dairy operators. This included identifying the best land in terms of water, electricity and proximity to grow the herd size. It also included an investment in attracting laborers to move to South Dakota and in dairy producing and processing education.

“South Dakota has a great climate for dairy herds,” said Aaron Scheibe, deputy commissioner, Governor’s Office of Economic Development, Pierre, S.D. “We have ample quality feed produced at lower costs (than other states). It doesn’t hurt that it is easier to permit here, too.”

As the state’s dairy herd size grew over the years, it became more competitive to manufacturers. In 2012, Bel Brands built a production plant in Brookings, S.D., and by 2014 the facility began producing its Baby Bel cheese snacks. The state’s two largest cheese plants — Agropur in Lake Norden and Valley Queen in Millbank — are both in the process of significant expansions to increase cheese production.

While other states are struggling with milk surplus, South Dakota wants to produce more milk because of its economic impact. The state is committed to continued herd growth to provide processors with the milk they need.

“There’s been a real emphasis for dairy development,” Mr. Sanderson said. “One cow contributes more than $26,000 per year to the state’s economy, which is significantly much more than any other livestock."

Canadian-owned Agropur, the country’s largest cooperative, currently operates 39 manufacturing plants in North America, 11 of them in the United States. Some, such as the facility in Lake Norden, were acquired when the cooperative purchased Davisco Foods International in 2014.

“Expanding capacity in the States was an Agropur idea, and it was originally planned for Hull, Iowa, but after acquiring Davisco, building onto the Lake Norden plant was more appealing,” said Tim Czmowski, vice-president of regional operations for the company. “This is the largest project in Agropur’s history and the largest private investment in South Dakota.”

The company broke ground on the expansion in October 2017 and plans to start the new operations in March 2019. When fully operational, Agropur will have almost tripled its capacity from processing 3.3 million lbs of milk per day to 9.3 million lbs.

All that cheese equates to a lot of whey, which currently is hauled to Agropur’s drying facilities in Hull and Le Sueur, Minn., (both along I-29) for further processing. The expansion will include dryers and Mr. Czmowski estimates about a half million lbs of whey solids will be produced annually in Lake Norden. 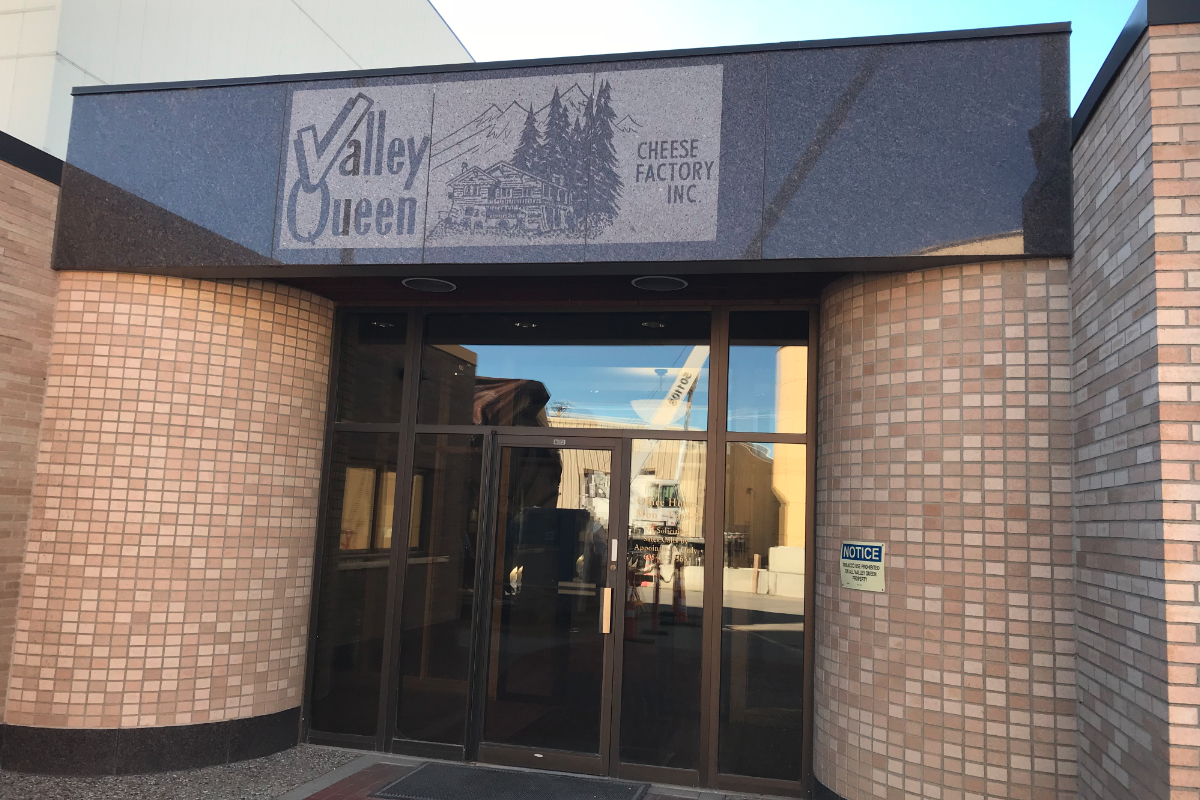 About 80 miles northwest of Lake Norden along I-29 is Millbank, a small rural town where two Swiss immigrants — Alfred Nef and Alfred Gonzenbach — made an unexpected stop for gas in 1929 and decided to stay. The aspiring cheese makers were traveling west to look for a new home for their small Wisconsin cheese plant and decided on Millbank.

The company remains owned by the two families, said Doug Wilke, chief executive officer, the first non-family member to have that position. Valley Queen is a single plant operation that makes American-style cheeses, such as cheddar, Colby and Monterey Jack, in large 640-lb blocks. About 80% of its cheese is sold to domestic marketers who cut and wrap and sell it under their own brand, or to food service.

To meet the growing demand for cheese, Valley Queen is investing $50 million in an expansion that will allow it to process about one million more lbs of milk per day, growing from four to five million by May 2019. Most of the expansion is within the existing 200,000-square-foot building, with storage being moved to a nearby warehouse. 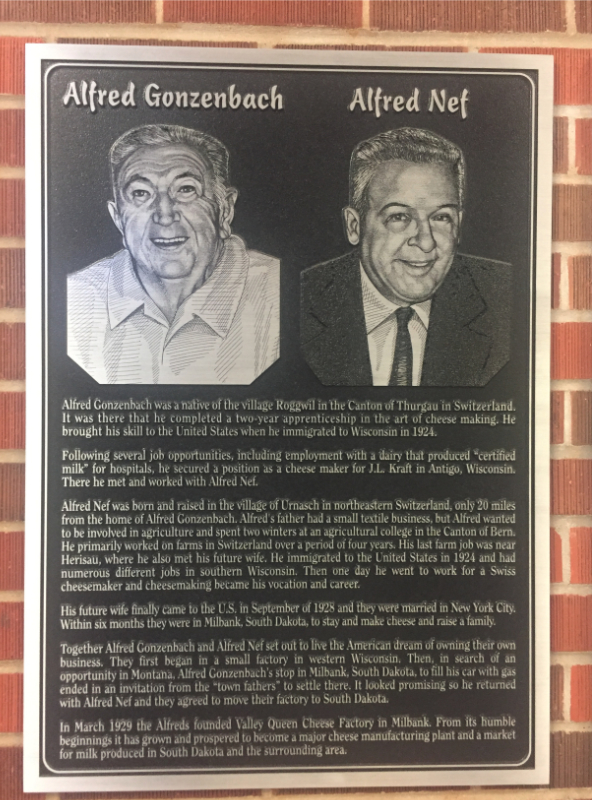 Unlike many processors, Valley Queen handles its own milk hauling logistics, collecting milk from the local farms on a daily basis.

“We move milk about 22 hours a day,” Mr. Wilke said. “This is a competitive advantage for us.”

To prepare for the expansion, the company is working on adding production with existing farmers, as it will require milk from about 90,000 cows. While they grow their herd size, Valley Queen plans to acquire milk from surplus areas of the country, namely Michigan, Mr. Wilke said.

Valley Queen was one of the first companies to manufacture reduced-fat cheeses, and today it accounts for about 40% of production. The company likes to innovate with its customers, which is possible through its use of open drain tables.

“This allows us to add condiments to the curd to make flavored cheeses,” Mr. Wilke said. “The smallest batch size is 10,000 lbs of cheese.”

Because Valley Queen produces so much reduced-fat cheese, it often has excess cream, which it sells to nearby ice cream manufacturers. The company separates and dries the whey components, selling it mostly as whey protein concentrate and lactose, with about half of the lactose shipped to New Zealand. 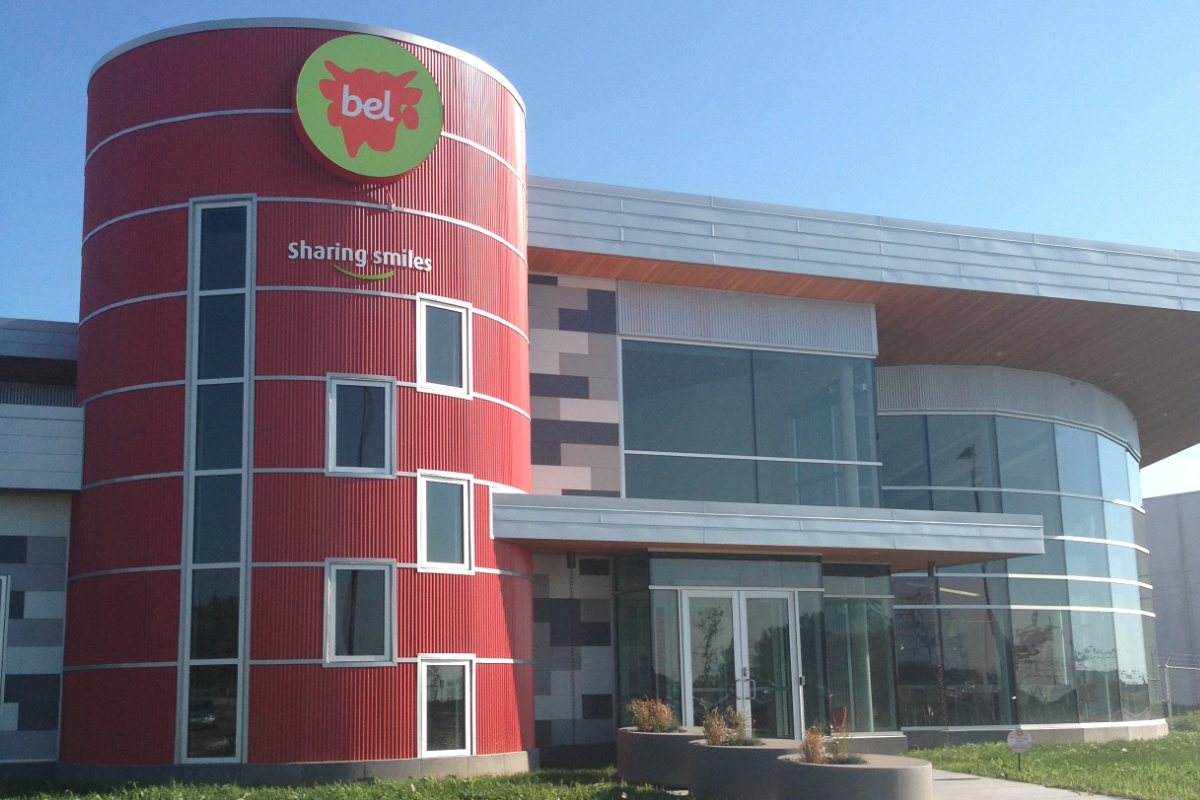 Bel Brands U.S.A., Chicago, is a subsidiary of France-based Fromageries Bel, the world’s third largest branded cheese company and the leader in single-serve cheese portions. Since 2014, the company has been producing its Baby Bel cheese snacks in a new plant

“We currently have only one production line that runs 20 to 24 hours a day,” said Jeff Kjenstad, human resources supervisor. “We are ready for a second. We make only one flavor per day, and that’s about 1,700,000 Baby Bels a day.”

Prior to building in Brookings, the company was producing its U.S. cheeses in either Leitchfield, Ky., or Little Chute, Wis. Bel Brands was at capacity and needed more production space.

“The plant was built out of demand,” Mr. Kjenstad said. “Before it was built, we were importing cheese from France. We built here because of the milk supply and a partnership with South Dakota State University.

“Half of the milk comes from within a 20-mile radius, the rest within 50 miles. If you lined up all the Baby Bels we produce in one day, it would be a 40-mile long trail.”