The Battle Creek-based company in the quarter ended Sept. 29 reported operating profit of $396 million, up 19% from $333 million in the previous year’s third quarter due principally to lower restructuring charges and favorable mark-to-market impacts year-on-year. Adjusted operating profit, however, was $471 million, down 4% from $490 million primarily because of a planned increase in advertising and promotion investment and higher distribution costs, much of it related to growth in new pack formats that are co-packed.

Kellogg reported its third-quarter financial numbers on Oct. 31, the same day its share price closed at $65.48 per share on the New York Stock Exchange, down almost 9% from the closing price of $71.86 on Oct. 30. Steven A. Cahillane, president and chief executive officer of Kellogg, was asked about the falling share price in an Oct. 31 earnings call.

“I don’t know what the market is doing, but we don’t manage the stock price on a day- to-day basis,” he said. “We manage the long-term health and growth of this business as if we were owners in it, and the most important thing that we can do for this business is return it to top-line growth in a responsible and sustainable way.”

The single-serve, on-the-go packaging formats feature such brands as Pringles and Cheez-It as well as multipacks.

“Leaning into occasions, we developed and expanded these pack formats across the breadth of our portfolio for various channels, particularly in our U.S. Snacks business where on the go is now running at more than 10% of sales. The good news is that demand is strong. You can see it in the scanner data where our on-the-go offerings are growing rapidly, and the growth has accelerated faster than we had anticipated.”

Mr. Khan said that because of capacity constraints on existing pack formats, Kellogg has relied on co-packers for the new pack formats.

“Obviously, co-packing costs money as does the related movement of product, particularly in high freight cost environment,” he said. “So while we lack the incremental growth these pack formats bring us, they do represent a cost and margin headwind for us in the near term. 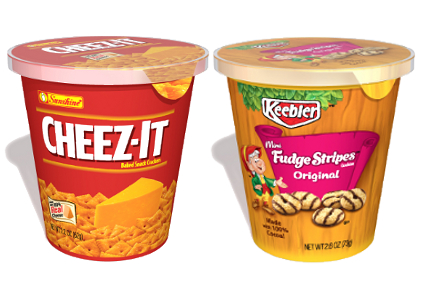 “We do have plans in place to address this for the medium term. As I mentioned last quarter, we are investing in in-house packing capabilities for some of these pack formats, which will reduce manufacturing costs and transportation needs, but this will take a few quarters to get fully ramped up.”

Kellogg in the quarter posted net income of $380 million, or $1.10 per share on the common stock, which was up 32% from $288 million, or 83c per share, in the previous year’s third quarter. Lifting earnings in the quarter were mark-to-market adjustments and a one-time income tax adjustment for provisional estimates related to the adoption of U.S. tax reform.

Net sales in the quarter reached $3,469 million, up 7% from $3,246 million primarily because of the RXBAR acquisition in October 2017 and the consolidation of Nigerian distributor Multipro in May of this year. Organic net sales were up 0.4%. 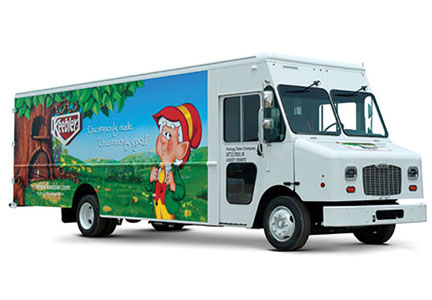 In North America in the third quarter, Kellogg posted net sales of $2,188 million, up 1.1% from $2,163 million. Organic net sales were down modestly because of the list-price adjustment and the rationalization of stock-keeping units related to last year’s transition out of direct-store delivery in U.S. Snacks.

“The impact of our D.S.D. exit was much smaller in Q3 than it has been in recent quarters as we lapped the year ago exit during the quarter,” Mr. Khan said. “So that's now behind us in Q4.”

“Led by our Cheez-It and Club brands, our crackers consumption growth accelerated, resulting in a solid share gain in the quarter,” he said. “Pringles also accelerated its growth, continuing to gain share in salty snacks. In wholesome snacks, Rice Krispies Treats continues to gain share, even with supply constraints, and in cookies, resumed investment support behind Keebler Fudge Shoppe, Keebler brands, Mother’s and Famous Amos is bringing these key brands back into consumption and share growth, stabilizing our share overall.” 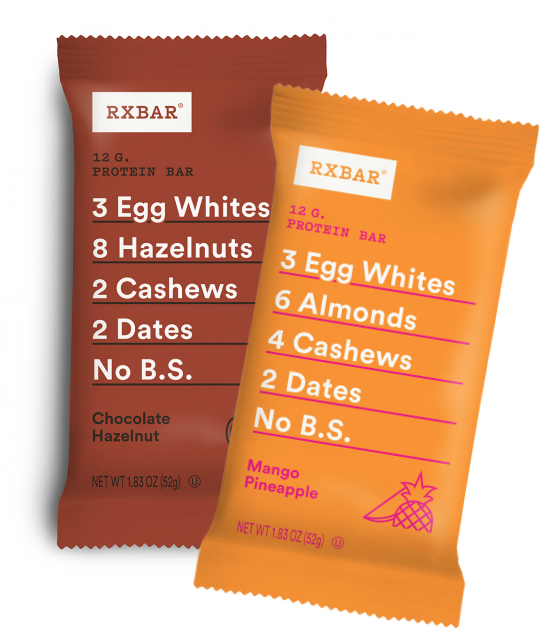 Also in the third quarter, sales slipped 0.5% to $596 million in Europe and 1.4% to $239 million in Latin America. Sales rose 79% to $446 million in Asia Pacific because of the consolidation of results from Multipro.