We use cookies to provide you with a better experience. By continuing to browse the site you are agreeing to our use of cookies in accordance with our Cookie Policy.
Skip To Content
Home » ‘Unexpected events’ lead to disappointing results at Ingredion

WESTCHESTER, ILL. — Three power outages at Argo, the company’s largest sweetener plant and based in Bedford Park, Ill., dragged down earnings in the third quarter for Ingredion, Inc., and that was not the only troublesome issue.

“We are disappointed with the third-quarter's results,” said James P. Zallie, president and chief executive officer, in a Nov. 1 earnings call. “Specifically, in the latter half of the quarter, our results were impacted by unexpected events. We experienced the effects of rapidly changing foreign currencies, primarily in Argentina, Brazil and Pakistan, and we responded to unplanned power outages at our largest manufacturing facility in North America.

“We are addressing these challenges by aggressively driving operational improvements, structurally reducing costs and taking necessary pricing actions while ensuring we deliver on our customer experience commitments. To accelerate operational execution, we have restructured the North America supply chain leadership, bringing intense focus to freight cost optimization and reducing complexity.”

Ingredion experienced three power failures at Argo over a three-week period, Mr. Zallie said. He said Ingredion expects the impact of the power outages to be $10 million, the majority of which hit in the third quarter.

“The outages, basically they shut down our boilers, and a plant of Argo’s size takes 7 to 10 days to stabilize production per incident,” he said. “We believe complete utility outages of this magnitude in three weeks are extraordinary and something we’ve not experienced in the last three decades at Argo.”

Mr. Zallie estimated the lower sweetener volumes, and the associated impact on fixed cost absorption, to have an impact of $20 million. Restructuring charges associated with closing a Stockton, Calif., facility were about $31 million.

“To better align our manufacturing cost structure to future sweetener demand, we have progressed the transition of Stockton customer volume and service to other plants in our network,” Mr. Zallie said.

Starch rebalancing is estimated to have an impact of $20 million. 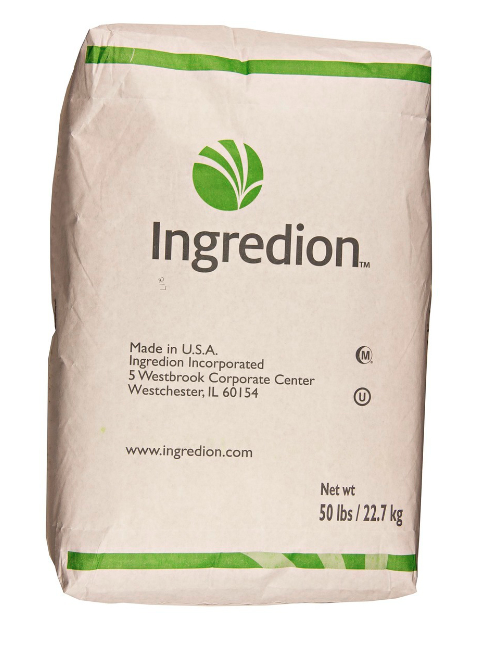 “We see the (starch) situation steadily improving throughout 2019,” he said.

In South America, operating income of $22 million was down 15% from $26 million. Foreign exchange headwinds in Brazil and Argentina were offset partially by improved operational efficiencies. Sales decreased 11% to of $228 million from $257 million.

In Asia Pacific, operating income of $25 million was down 17% from $30 million. A lag in the pass through of higher tapioca costs and layout of corn costs more than offset specialty volume growth. Sales of $197 million were up 4% from $189 million.

“During the quarter, we announced $60 million of planned specialty investments in Asia Pacific,” Mr. Zallie said. “These investments will further expand our capacity in modified waxy corn food starches in China and tapioca and rice specialty starches in Thailand to meet growing global demand.”