We use cookies to provide you with a better experience. By continuing to browse the site you are agreeing to our use of cookies in accordance with our Cookie Policy.
Home » Consumers continue to crave craft meats

KANSAS CITY — Protein snacks are hot, as are all things artisan. That’s good news for producers of craft meats sold in grocery delis.

But suppliers aren’t resting on their laurels. A host of new craft products that tap into snacking, health, convenience and other trends show that the category is constantly evolving to meet its customers’ needs.

Among the new deli craft meat offerings from Atalanta is a sliced, cooked Porchetta from the Tuscany region of Italy, said Emil Rufolo, business development manager for the Elizabeth, N.J.-based company.

The marinated and roasted product is a way for Atalanta to extend an already-successful product line, Mr. Rufolo said.

“We’ve had a lot of success in bulk cooked Porchetta, so we’re excited to introduce a sliced version," he said. "More retailers are seeing growth in pre-sliced.”

There's a lot of competition for bulk craft deli meats in the U.S., Mr. Rufolo said. Offering sliced versions of those same products can help stores stand out. The new Porchetta product isn’t the first sliced craft meat for Atalanta, he said, and it certainly won’t be the last.

"Pre-sliced has been heavy for us for the past six months," Mr. Rufolo said. "Stores are allocating more space for it.”

Costco stores nationwide will soon add the new sliced Porchetta into their deli rotations. It’s the first sliced, cooked Porchetta on the market in the U.S., Mr. Rufolo said. Atalanta has been offering the product in bulk for about a year.

Demand for cooked craft meats in general is growing, Mr. Rufolo said, as is demand for nitrate-free meats. Atalanta’s new sliced Porchetta, sourced from Tuscany-based Salumificio Toscano Piacenti (Atalanta has the exclusive U.S. rights), checks both of those boxes, which isn’t easy to do, Mr. Rufolo said.

“We’re certainly seeing the industry move away from nitrates, and with cooked meats, it’s always a challenge,” he said.

In addition to being nitrate-free and sliced, Mr. Rufolo said the new Porchetta product will differentiate itself by the fact that that it’s not cooked sous vide and it’s flavored with Tuscan spices that will be unfamiliar to many U.S. palates. 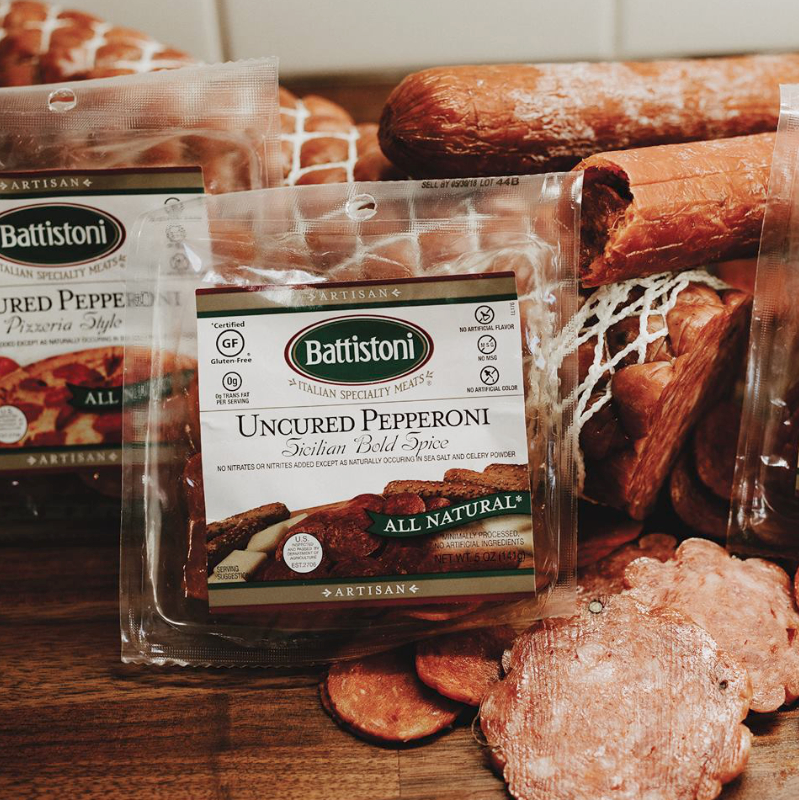 “We’re quite pleased with the reception we’ve gotten — on social media, in e-mails from customers and from buyers,” Ms. VanDusen said. “It’s all showing very good inroads made by uncured meats.”

When the company decided to take on uncured, Battistoni faced challenges. For example, Ms. VanDusen said, many companies have rolled out uncured lines but haven’t been able to make them taste very good. Some were made by mainstream processors who use extenders and fillers.

“Consumers where chomping at the bit for something without all the chemicals — that was met by Battistoni’s high standards for quality," Ms. VanDusen said.

Since the introduction of the meats, the word that keeps popping up in social media and other communications from consumers is “finally” — as in, “finally there’s an uncured artisan deli meat on the market that tastes great," Ms. VanDusen said.

Battistoni’s uncured meats have a shorter shelf life than their cured counterparts, but it’s relative. Unopened, uncured product is still shelf-stable for six months (for cured, it’s a year). Once opened, the uncured meats are good as long as they’re consumed within a couple of months, Battistoni research has shown.

For its uncured product, Battistoni uses cherry powder and celery powder as natural substitutes for the chemicals used in its cured meats.

Battistoni’s uncured meats are currently on the shelves of Wegmans stores throughout the Northeast and in other grocery stores in western New York. 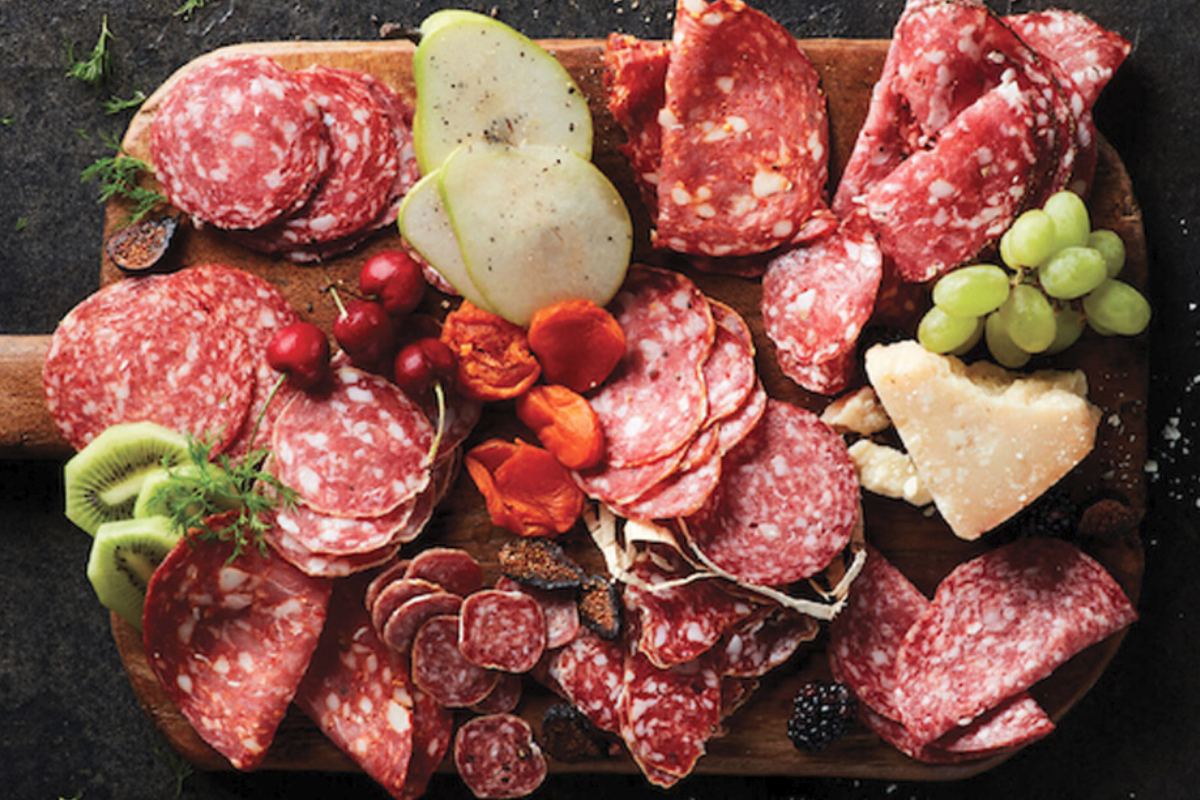 Columbus Craft Meats, a Hormel Foods Corp. brand, will offer a limited-time-only IPA Salami this holiday season, said Caviness Drake, brand manager. The product has notes of the citrus and floral hops flavors that India Pale Ale-style beers are known for, she said.

Craft beer is hot, so it’s no surprise that Columbus, which is known for its innovations in the artisan category, is on board.

“We have a pulse on emerging flavor trends and are constantly looking at which trends will taste great in our salami,” Ms. Drake said.

Columbus continues to see “great growth” in products it has launched in the past few years, Ms. Drake said. 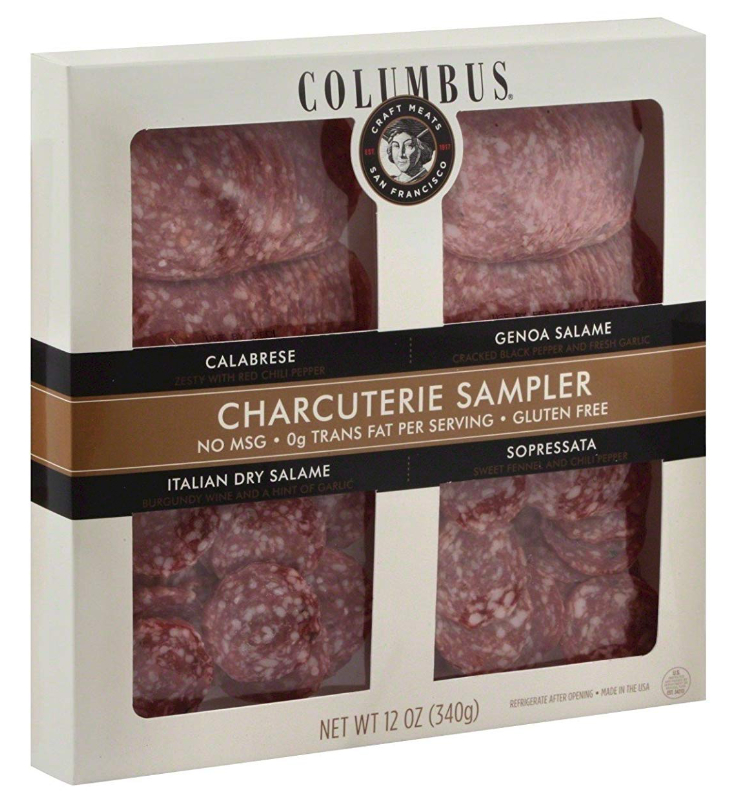 “Our 12-oz Charcuterie Sampler has become a must-have holiday item, and our paninos — meat and cheese rolled together —continue to grow in popularity both as a snack and entertaining option," she said.

Hormel’s 2017 purchase of Columbus has opened up a “world of resources” the company didn’t have access to prior to the acquisition, Ms. Drake said.

“We have more research on our consumers now than ever before, and this will allow us to innovate for our millennial consumer more effectively,” she said. “We also have a more solid distribution system and supply chain network than before that will help the overall efficiency of our business.”

In addition, Columbus may now draw on the marketing expertise of the people behind renowned brands like Spam, Skippy and Hormel Pepperoni. 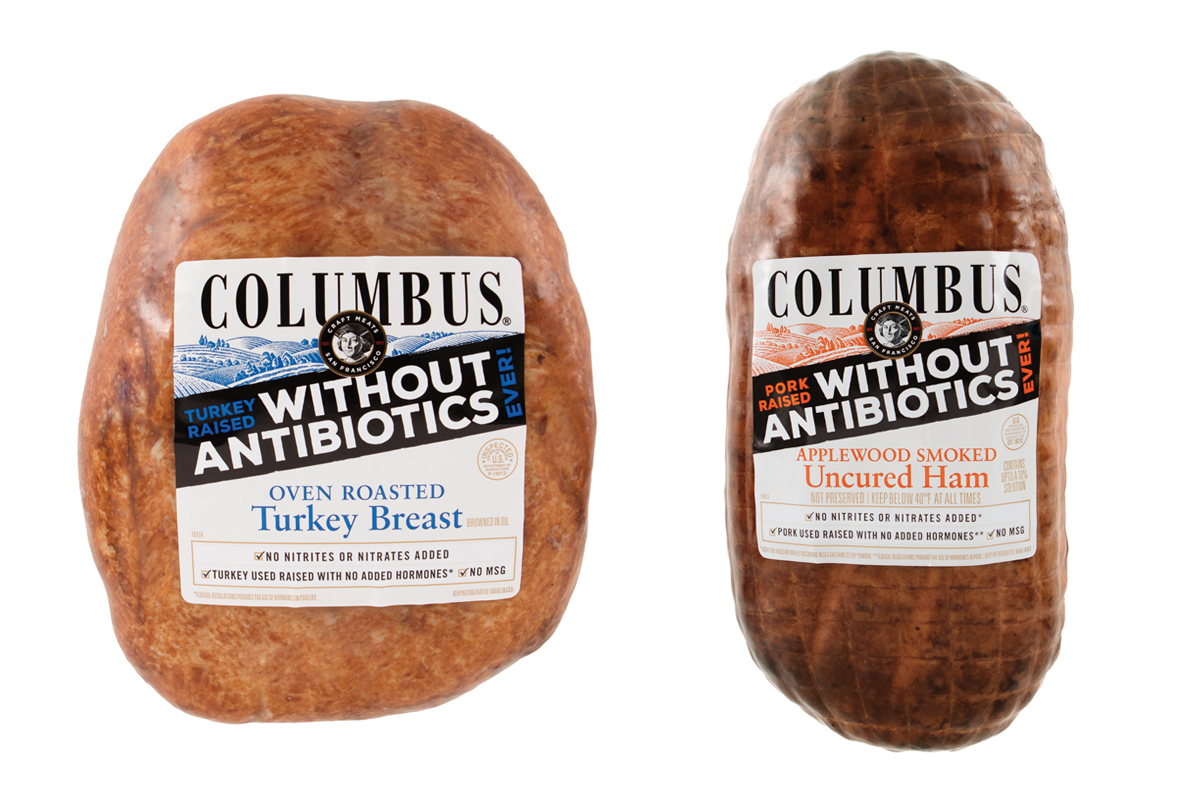 “We have plans to continue to add to this line, and we have several antibiotic-free products in the pipeline for the next couple of years,” she said.

“Snacks of the past, like unhealthy candy, are declining,” Mr. Rufolo said. “People are looking for healthier snacks, and the meat category is now being perceived as healthy.”

Snacking, healthy and convenient — these are three distinct hot trends, and a new line of trays from Atalanta hits on all three, Mr. Rufolo said. The line features 2 oz of craft meat paired with 2 oz of breadstick or another carb.

Two items in the Don Juan-branded line include prosciutto paired with a traditional breadstick and chorizo paired with pica, a Spanish take on breadsticks. Atalanta believes the product will stand out in the market because a lot of competing snack trays currently on the market use domestic meats. The Don Juan snack trays will feature Spanish and Italian meats.

Expect to see more such imported products in the market, Mr. Rufolo said. More European companies are jumping through the hoops of getting U.S.D.A.-certified so they can tap into surging demand among Americans for premium protein products.

In addition to its new uncured line, Battistoni has introduced a new and improved version of its organic pepperoni, Ms. VanDusen said.

Battistoni’s earlier version of organic pepperoni was all beef because it couldn’t source enough organic pork, she said. True pepperoni is mostly pork with a little bit of beef.

Now the company has found a reliable enough supply of organic pork to do a true organic pepperoni, which Ms. VanDusen believes to be the first of its kind on the market.

“People have been waiting for it, and quite a few customers have picked it up,” she said.

Looking ahead to the first quarter of 2019, Battistoni plans to roll out smaller versions of many of its salamis, soppressatas and other artisan meats, Ms. VanDusen said.

Many of Battistoni’s competitors have switched from 10-oz to 8-oz packs, and the company’s retailers asked Battistoni to do the same so product could be priced competitively, she said.