We use cookies to provide you with a better experience. By continuing to browse the site you are agreeing to our use of cookies in accordance with our Cookie Policy.
Skip To Content
Home » KFC creates waffles to pair with its poultry

KFC creates waffles to pair with its poultry

KFC developed the waffle recipe specifically to pair with KFC'S extra crispy fried chicken. The waffles are made with a yeast-raised dough instead of a batter and include pearl sugar imported from Belgium that creates a sweet and crunchy outer texture, the company said.

“When we decided to create Kentucky Fried Chicken & Waffles, we knew we had to make it really special,” said Bob Das, head chef for KFC US at parent company Yum! Brands, Inc. “As the fried chicken experts, we had the chicken part covered. We went through 15 different variations before landing on our unique Belgian Liege-style waffle, which is sweeter and doughier than American-style waffles. The two combine seamlessly to create an extra delicious dish that KFC fans will love.” 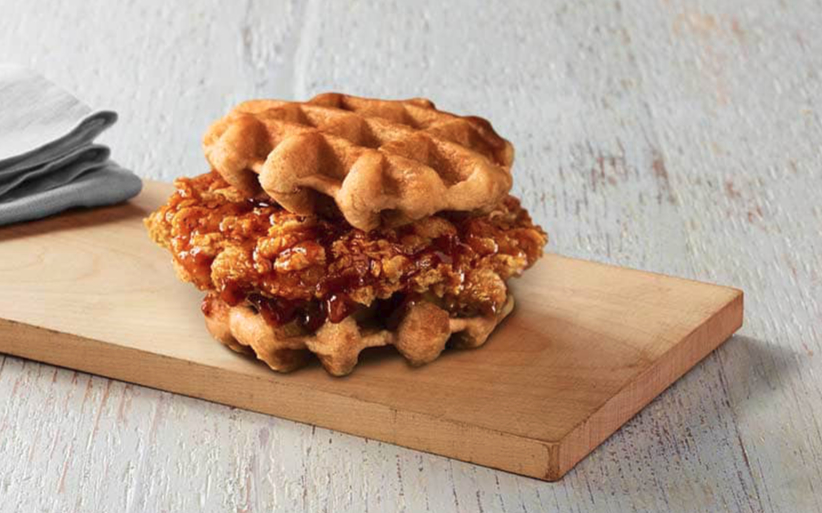 Meal options for the new duo include extra crispy fried chicken or extra crispy tenders with waffles and a side of Mrs. Butterworth’s syrup starting at $5.49. The offering also is available as a sandwich featuring KFC’s recently-introduced Sweet Heat Hot Honey Fried Chicken as a breast fillet between two waffles for $5.99.

“Our famous extra crispy, savory fried chicken atop a Belgian Liege-style waffle, with the finishing touch of classic Mrs. Butterworth’s syrup, makes for a scrumptious dish I’d put up against versions at upscale restaurants, but we’re offering it at a price just about anyone can afford,” said Andrea Zahumensky, chief marketing officer for KFC US. “And it can be enjoyed at KFCs across the country for brunch, lunch or dinner.”