We use cookies to provide you with a better experience. By continuing to browse the site you are agreeing to our use of cookies in accordance with our Cookie Policy.
Home » Unicorns, monsters and slime, oh my!

Unicorns, monsters and slime, oh my!

PITTSBURGH — The Kraft Heinz Co. is tapping into toy trends such as unicorns, monsters and everything messy with the launch of Jell-O Play Edible Slime. The slime is available in strawberry-flavored Unicorn and lime-flavored Monster varieties.

The new Jell-O Play products were developed to fall in line with the slime social media phenomenon. More than 20 million slime-related posts have popped up on Instagram, thousands of “how to” slime videos are circulating on YouTube, and do-it-yourself edible slime recipes run rampant on Pinterest, Kraft Heinz said.

“Until today, there hasn’t been an edible slime available from a national brand,” Kraft Heinz said. “Now, the Jell-O Play platform includes slime, adding an edible twist to one of the hottest trends in toys and furthering the brand’s mission to inspire families to engage in creative play.” 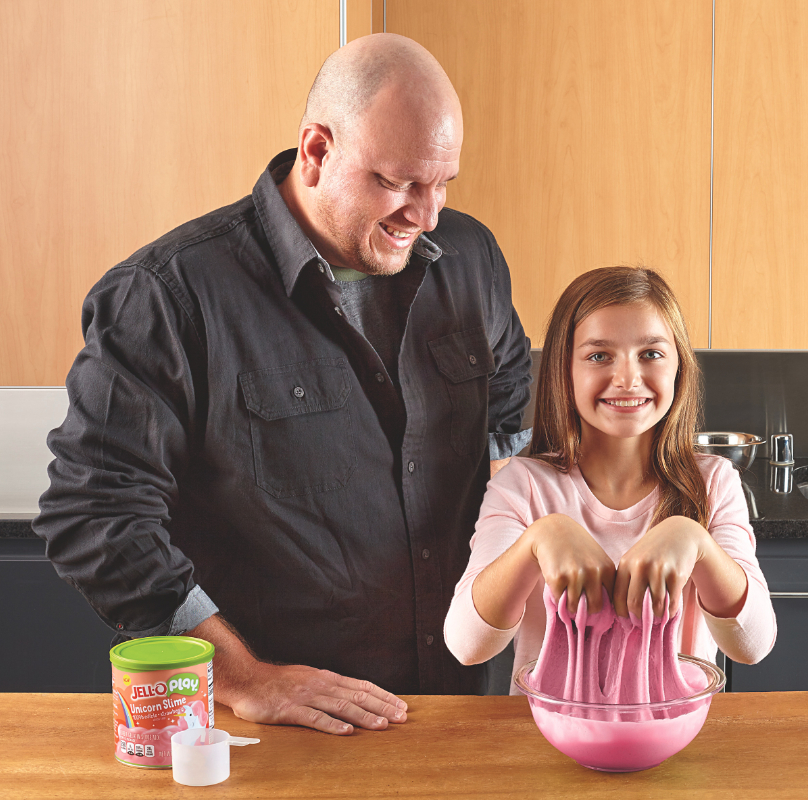 Each canister of Jell-O Play Edible Slime makes two batches of slime with the addition of water to the pre-made mix. The slime is 100% edible and washes away with soap and warm water.

“Jell-O Play is all about encouraging and enabling bonding time between parents and kids,” said Michael Hartley, senior associate brand manager for Jell-O Play. “With new Jell-O Play Edible Slime, the entire family can have fun creating, stretching, and even eating slime.”