KANSAS CITY — More traditional beverage categories faced increasing competition in 2018 as new products in forms such as cold-brew coffee and kombucha entered the market. Bottled water remained a category increasing in sales while other drinks seemed to blur into multiple categories.

A July report from Mintel International Group, Ltd. spoke to changes in the coffee category.

“There are challenges in the evolving landscape for more traditional roasted coffee providers and well-established national brands to remain relevant. Suppliers also need to help consumers navigate the sundry of hot and cold beverage options.” 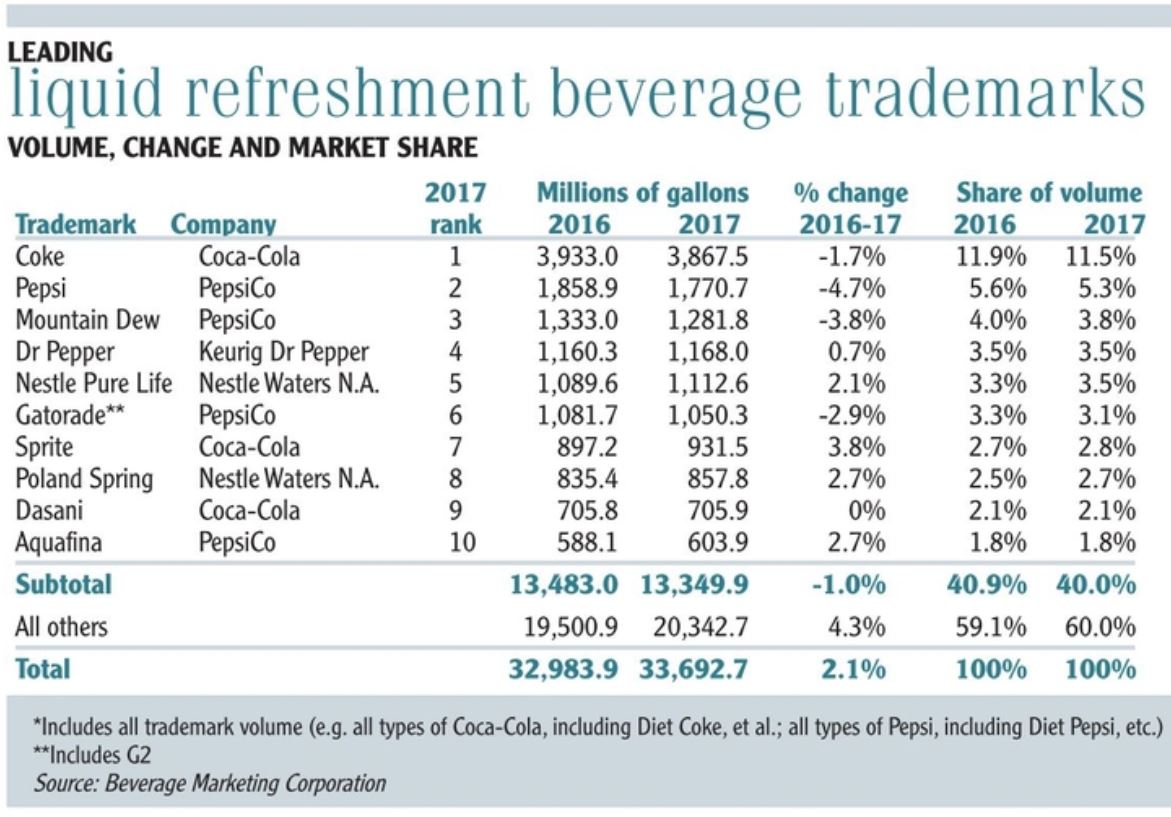 Coffee played a role in beverages crossing into multiple categories as well. The report “U.S. Beverage Market Outlook 2018” from Packaged Facts, Rockville, Md., stated, “The trend toward crossing one beverage category with another is well underway and appears likely to expand. Carbonated juice drinks, plant milk and coffee combinations, dairy-based energy drinks — the mixing has only just begun.” 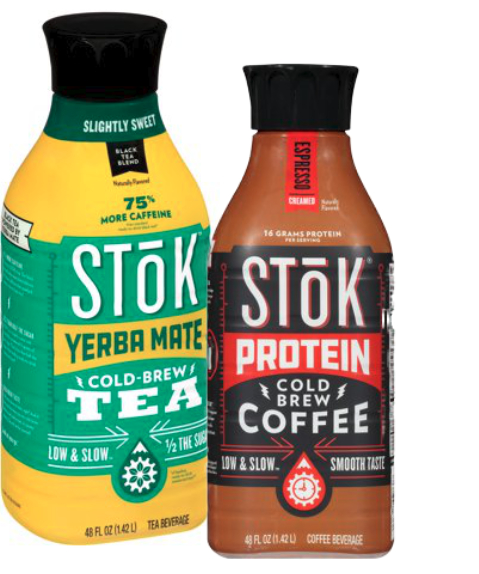 “…In the past, we used to look at the categories as boxes, individual boxes that didn’t touch each other,” he said. “When, in reality, what is happening is that, today, it is a much more fluid environment in which the boxes mix with each other. So, if today we’re selling cold-brew coffee with probiotics and high in protein, what is that? Is that a probiotic product or is that a coffee, ready to drink?”

Grand View Research, Inc., San Francisco, projects the global kombucha market to expand at a compound annual growth rate of 23%, to reach $5.45 billion by 2025, which would be up from $760 million in 2016. North America accounted for more than 58% of the global market volume in 2016.

Innovations, flavor experimentations and increasing awareness of health benefits associated with kombucha consumption should drive the market. Tea leaves and sugar are the basic raw materials for kombucha, which is produced through fermentation, according to Grand View Research.

Retail sales of carbonated soft drinks in 2017 grew by 1.2% while volume slipped by 1.3% to 12.3 billion gallons, which lowered the category’s market share in the liquid refreshment beverage market to under 37%.

Bottled water remained the No. 1 beverage by volume, increasing by 7% to 13.7 billion gallons in 2017. Retail sales jumped 11% to $18.5 billion. Annual per capita consumption of bottled water was over 42 gallons in 2017, which was ahead of 37.5 gallons for carbonated soft drinks.

In the sports drink category in 2017, volume dropped by 2.1% and retail sales decreased by 1.2%, according to the B.M.C. Gatorade, a brand owned by PepsiCo, Inc., Purchase, N.Y., remained the category leader and was in sixth place overall in the U.S. liquid refreshment beverage market with volume of 1,081.7 million gallons, down 2.9%.

“Gatorade always attracts new players into the marketplace, and they come in with either lower prices or they try to come in and build distribution, and they might take a few share points in any quarter or two, but then, over time, if you look at it over a period of five or seven years, the Gatorade franchise has been extremely resilient and has basically held onto its leadership position,” said Indra K. Nooyi, then president and c.e.o. of PepsiCo, in a July 10 earnings call.

The Coca-Cola Co., Atlanta, on Aug. 14 said it would acquire a minority ownership stake in BodyArmor, a competitor of Gatorade that offers a premium line of sports performance and hydration drinks that contain no artificial colors or flavors.

“Teas are a beverage category in which the appeal of foreign ingredients plays a role,” said David Sprinkle, research director for Packaged Facts. “U.S. tea consumers are currently enjoying the varieties such as matcha, moringa and sencha that have long been staples of Japanese and other Asian cultures.”