We use cookies to provide you with a better experience. By continuing to browse the site you are agreeing to our use of cookies in accordance with our Cookie Policy.
Skip To Content
Home » Is it a beverage? Or is it a snack? The answer is yes

Is it a beverage? Or is it a snack? The answer is yes

“People are stepping away from a snack being something like a couple of crackers or a candy bar and are really thinking of a snack as something that’s going to fuel them,” Ms. Houk said. “At mid-morning, you’re not just grabbing a couple of cookies or Danish. Instead, you’re having something that would be rich in protein, carbohydrates and fat. Beverages and liquid snacks really fit in well here.”

Consider a recent launch from Fairlife, a brand of dairy products distributed by the Coca-Cola Co. Fairlife Smart Snacks are “snack-size” nutrition shakes featuring ultra-filtered milk blended with honey and oats. A new ready-to-drink range of soups from the Campbell Soup Co. was created for on-the-go snacking. Available in varieties such as harvest carrot and ginger, tomato and sweet basil, and butternut squash and sweet potato, Well Yes! Sipping Soups may be consumed warm or at room temperatures.

“People are starting to think in terms of vegetables as snacks, and we see many consumer packaged goods incorporating more fruits and vegetables because they’re being displaced by what’s in the fresh produce aisle,” Ms. Houk said. “Maybe previously you would have a couple of crackers; now you think about having a juice shot enhanced with spices or maybe a gazpacho or a small cup of curried coconut soup. Something that feels more like a meal, that feels more indulgent, feels more satisfying, but is still a smaller portion.”

Beverages as snacks is one of several food trends Ms. Houk discussed during a recent interview with Food Business News. She also shared her predictions for the next big global cuisine and the next hot pepper, as well as the megatrend she didn’t see coming.

Food Business News: How does a beverage snack differ from a meal replacement drink?

Jill Houk: To me, it comes down to portion size. So, it would be a shot of juice versus sitting down with a 20-oz shake. People are really tuning more into their bodies and understanding less food more frequently might actually help them fuel their day more so they don’t get that crash that comes after a big meal.

What are some examples of snacking beverages?

What are some of the trending snack flavors?

Ms. Houk: Previously snacks had their own special flavorings … chocolate, caramel, things on the more savory side like sour cream and onion, barbecue, salt and vinegar. Think about your typical bestselling snacks.

Now, snacks are taking on all these global flavors… Consumers are embracing taking the same flavors they have at dinner and putting them into their snacks. You can even see this with what you would consider standard items like potato chips; it’s not like you’re just getting a barbecue potato chip, but you might be getting spices from around the world or even regional barbecue flavors. You might get a Texas mesquite barbecue potato chip.

What is the next global cuisine on the horizon?

Ms. Houk: I always follow the Olympics. I saw that Korean flavors had a really big boom leading up to and following the Korean Olympics. So, I think one of the next global flavors to emerge will be regional Japanese because I think it’s very approachable.

Americans are rediscovering our own cuisines. We travel a lot and then we recognize we have this incredible bounty in our backyard. But also, as people immigrate to this country, I think they’re 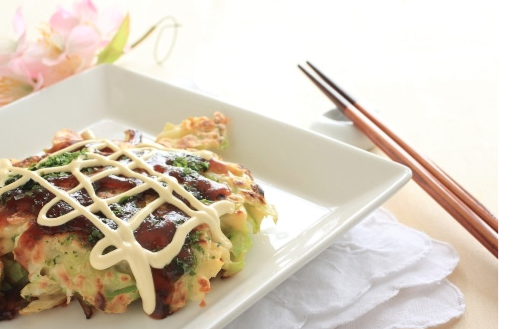 interested in trying our cuisines, and if you’re coming from a country like India, where each state of the country has a different, very distinct cuisine, you wonder, what are the parallels here in the United States?

How do you identify and track trends?

Ms. Houk: I take a look at what’s happening outside of the food industry because I think that has a huge imprint on what’s happening inside the food industry. The easiest parallel I can draw is when Netflix and large TVs took over the experience of going out to see a movie, that started to decimate restaurants … not as many people going out, people ordering in and also more people preparing food at home.

What is the next big trend? I take a look at technology, like driverless cars. Right now the emphasis for snacking is on convenience and something you can eat with one hand. You’re driving down the road; maybe you have your liquid snack in your cupholder, or maybe you have a cupholder full of nuts and raisins. As driverless cars come online, I feel like we’re going to see more consumer packaged goods to be eaten as a meal with a knife and fork. Because you’ll get in your car, you’ll maybe pull up the news on your e-reader, you’ll sit down, and you’ll actually eat a bowl of cereal again. You’ll do all the things you typically have done at home 20 or 30 years ago, but now it will be back in your car.

And then also I look at immigration and what kinds of populations are coming to the United States. What flavors are people really embracing. A few years ago, sour and bitter were flavors that were really taking root here because we had a number of immigrants coming in from Southeast Asia, and cuisines like Thai and Korean were really coming online. 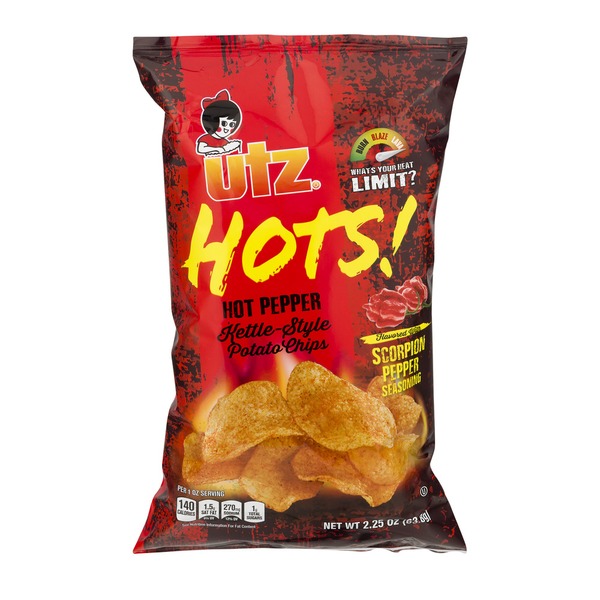 I think that now everybody is looking to get to that next level of high spicing … I think American food is really going to get out of that bland zone and get into that high-heat zone.

You’ve got kids doing internet challenges and trying things that are super spicy, but really in that every day, day to day, you’re looking for spice, and you can see this in some of the snacks that are offered. You see ghost pepper chips, you see scorpion pepper chips, and then you see spice cross over into other categories like sweet foods.

Tell me more about scorpion pepper.

Ms. Houk: Scorpion pepper is a Caribbean pepper type that has Scoville units of anywhere between half a million and a million and a half. That Scoville scale is a heat scale. Just to put this in perspective, a fresh jalapeño would have between 30,000 and 50,000…

It looks a little bit like a scotch bonnet or a habanero. It’s bright red, small, fruity pepper. Brightly colored. It was specifically bred to be exceptionally hot.

Scorpion pepper has a really beautiful citrusy, fruity flavor under all this heat, and so the key is to bring that out, so you have to lower the number of Scoville units. Maybe you cut in a neutral pepper, or maybe you cut in jalapeños, and then this fruity expression can come out.

You’ve been tracking the food industry for a long time. What surprises you these days?

Ms. Houk: I completely missed the boat on vegetarian-based protein… Personally, I like it. It’s something I’ve always eaten, but I’m a little bit surprised that so much of America has also said they are willing to try an Impossible Burger or Beyond Meat. Or willing to give up a cup of milk for almond or soy milk. That has shocked me. 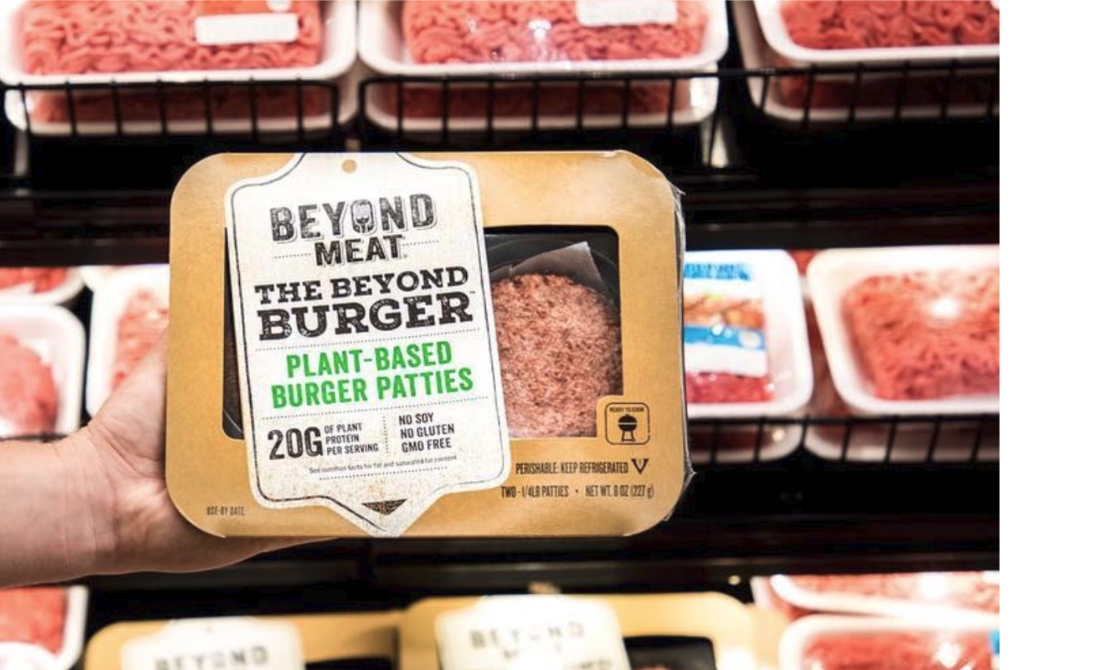 come in and maybe give some creative names to Indian dishes and find some of those gateway dishes to get them out onto more Americans’ tables. It really is shocking how many people have an aversion to Indian food without having ever tried it. Those are the two things that very much surprise me as I have been following food trends.

Other things make sense. You can see a trend growing. You can see the evolution… But (I am surprised) how quickly and thoroughly people embraced plant-based proteins and how Indian just hasn’t had its moment yet.